In Congress, little can be done alone. Every member in the House and Senate is part of a state delegation and a variety of committees and caucuses. Here is a glimpse at the groups Rep. Karen Bass (D-CA-37) is a part of in the House of Representatives and tips for how your organization can work with the respective coalitions.

The representatives from California meet on a regular basis to discuss how upcoming legislative issues affect their state. The role a state delegation plays in a member’s legislative activity is exemplified by Rep. Bass’ partners in cosponsorships, voting, and caucus memberships. According to Quorum's comprehensive database of legislative information, Rep. Bass most frequently cosponsors fellow California Rep. Barbara Lee (D-CA-13), has voted with Rep. Roybal-Allard (D-CA-40) over 3,678 times and shares 23 caucuses with Rep. Sanchez (D-CA-38). Bass often looks to Republican Rep. Royce (R-CA-39) when working across the aisle, cosponsoring his legislation 15 times while serving in the House.

If your organization is working with one member of Congress who supports the issue you care about, explore relationships within their state delegation to start building a coalition of legislative champions. 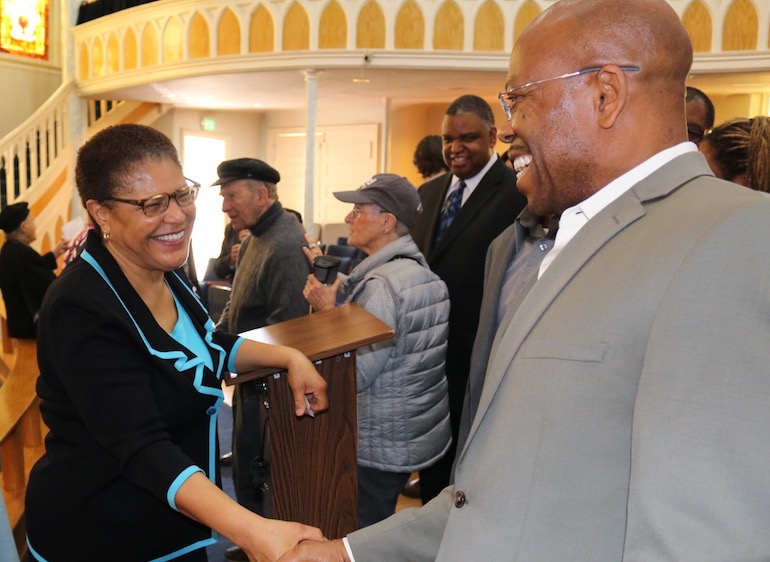 “Some people might think that we are involved in issues that relate to the African American population only but that’s not true,” Bass told Quorum. “We are active on issues that impact the country as a whole and the world because several of us, myself included are on the Foreign Affairs Committee, other members are on Intel, Armed Services, you name it. We pretty much are on every committee in the House.”

The Congressional Black Caucus is consistently meeting to discuss the issues of the day. Currently, the caucus is actively discussing issues such as immigration and infrastructure and the way proposed legislation will impact the African American community.

Caucuses are designed to build support around specific legislative objectives—whether your issue or industry has a dedicated caucus or not, they are great starting points for seeking legislative support.

The Congressional Caucus on Foster Youth

When Bass realized that foster youth weren’t getting the attention they needed in Congress, she founded the Congressional Caucus on Foster Youth to bring about discussion and legislation on strengthening the child welfare system and improving the well-being of children in the foster care system.

“I felt there needed to be specific attention on the issues impacting foster youth, that was the reason for [founding the caucus],” Bass said.

Along with crafting legislation, the caucus has created programs such as Foster Youth Shadow Day where foster youth get the chance to spend the day with their member of Congress and learn what it is like to be an elected official.

Even if your issue is more narrow in scope, there may be a caucus for it. If there isn’t, find a champion on your issue who may be willing to start one. Take the Congressional Maker Caucus—Rep. Takano kickstarted the caucus after a site visit in a makerspace opened his eyes to the needs of “makers” in his district.

If you're looking to make an impact on an issue you care about, first find the caucus or coalitions that are working on your issue. Then, monitor the dialogue and activity of the members in those groups to see when they are talking about your issue. Once you’ve had the chance to meet with those members, track your engagement with their office over time and keep them up to date on the latest issues your organization is advocating for.

What the 34 Open House Midterm Seats Have in Common

Why Rep. Crist of Florida tweeted 63 times a day during Hurricane Irma