Three Takeaways On Diversity in Tech at IPD 2018

Last week, the Quorum team attended the 2018 Innovation Policy Day (IPD) hosted by the Consumer Technology Association at SXSW in Austin, Texas. The day-long summit brought together a diverse group of panelists to discuss policies that impact “the emerging and disruptive technologies changing the way we live and work.”

Our favorite discussion of the day was led by Rachel Horn, Director of Thought Leadership at CTA, on the importance of “Promoting Inclusion in Today’s Tech Industry” featuring Elizabeth Gore (President of Alice), Garrett Johnson (Executive Director of Lincoln Network), and Latasha Gillespie (Director of Global Diversity and Inclusion at Amazon).

Here are some key takeaways from the conversation: 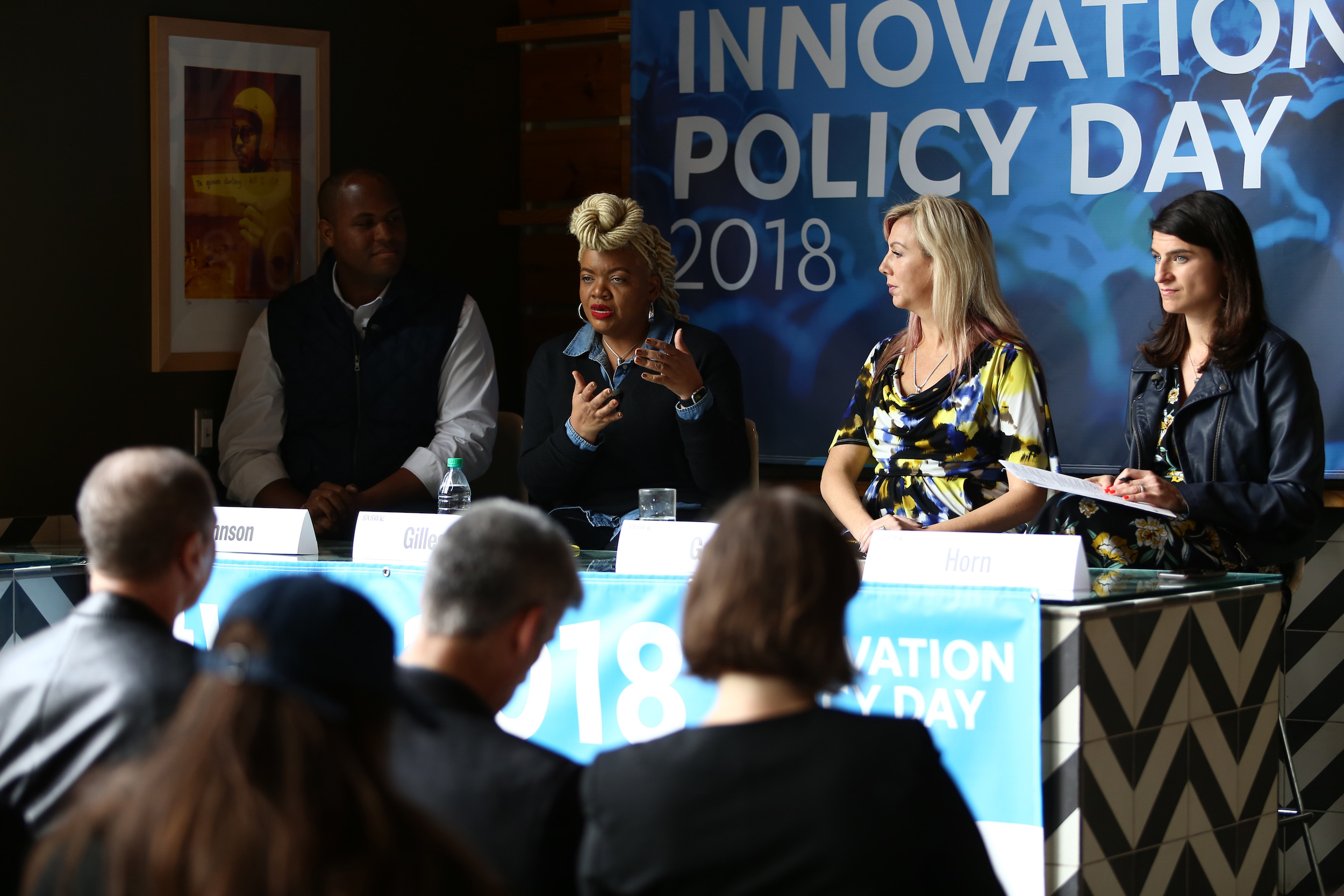 Diversity in User Testing and the Impact of A.I.

When Elizabeth Gore and her cofounder began user testing features of Alice, particularly features built for women, they wanted to make sure the testing was done with all women. As Gore explained, “While that might sound intuitive, generally speaking when software is coded and user tested it’s almost exclusively around panels of white men.”

When asked about the effect of “implicit bias” in artificial intelligence Gore explained, “AI and machine learning is going to take humanity to the next level...but like any technology or product it can be used for bad or good.” Gore remained optimistic about the impact AI can have on improving access to information and supporting communities on the margins.

“It will give us an opportunity to look at the way people behave, where they’re from, their socioeconomic background, and the way they access information,” Gore said.

Gore commended the work being done on bringing AI into rural communities and believes this technology will play a crucial role in delivering information to entrepreneurs in those areas.

At the end of 2017, Garrett Johnson and the team at Lincoln Network surveyed tech professionals in Silicon Valley on the climate of viewpoint diversity in the workplace.

“The data pointed to a problem in the tech industry which is that we are not creating an inclusive environment for people with center-right views,” Johnson explained.

Lincoln Network will soon be releasing a series of recommendations to provide guidance to tech companies looking to build an inclusive environment that is more welcoming to diverse viewpoints.

Check out JoinLincoln.org for more information.

“How do you teach people to have productive conversation on messy and complicated topics at work? The answer is you hit it head on,” said Latasha Gillespie, Director of Global Diversity and Inclusion at Amazon.

Earlier this year, Gillespie led a two-day conference called CORE (Conversations on Race and Ethnicity) with over 2,000 Amazon employees. Topics of discussion ranged from understanding the historical context of our justice system, examining coded language, exploring allyship, and “making space for people to make mistakes.”

While a conference to this scale isn’t possible at every company, Gillespie explained that what really drives conversations at Amazon is a set of “leadership principles” guiding all employees, no matter their title or position, to “learn and be curious” about diverse perspectives.

Gillespie challenged the audience, “If you don’t believe in what someone is saying, sit and grapple with that cognitive dissonance for a while. Try it on and ask yourself, why do I have such a reaction to this?”

Catch up on all the fantastic conversations from CTA's Innovation Policy Day at: IPD2018.com

Who Is Your Congressional Valentine?

Three Steps for Working with Legislators to Introduce a Bill