Meet the Constituents of the 2018 Swing Districts

Since 1996, the number of swing districts in the U.S. House of Representatives has dropped from 164 seats to just 72 seats following the 2016 elections. Swing districts are defined by Cook Political Report as having a Partisan Voting Index Rating of D+4.9 to R+4.9. As we near the 2018 midterms, these districts will play a key role in the GOP maintaining their majority or losing out to a Democratic wave. With control of the House at stake, who exactly are the constituents living in these pivotal swing districts? 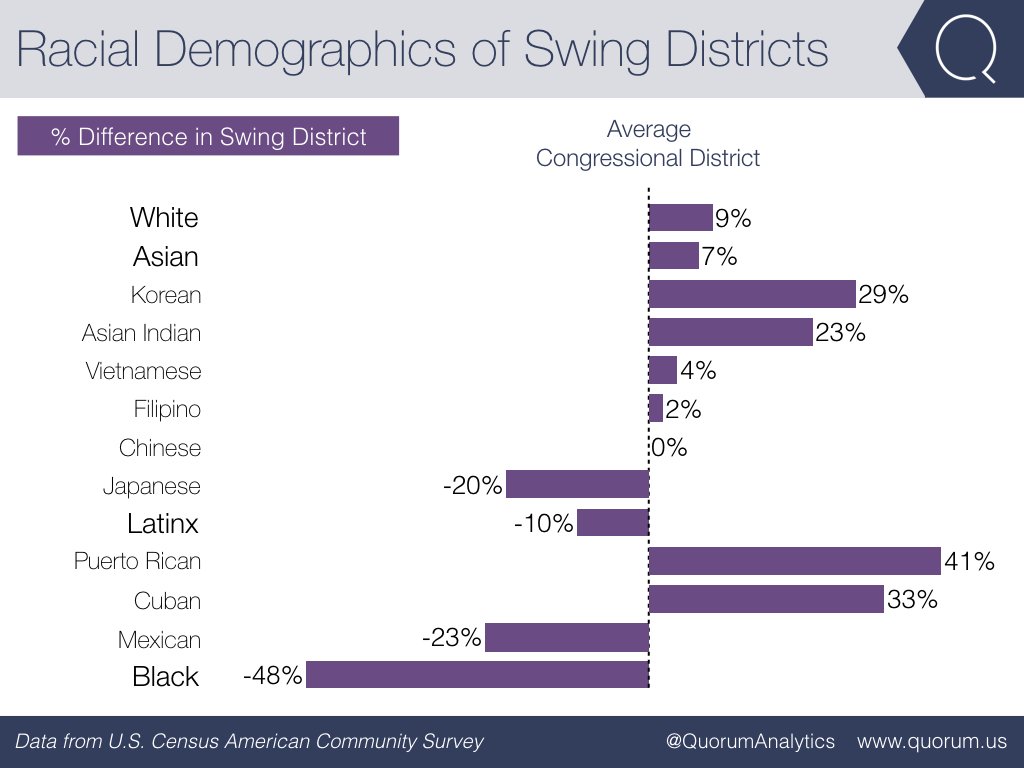 Constituents in swing districts are more likely to have health insurance. 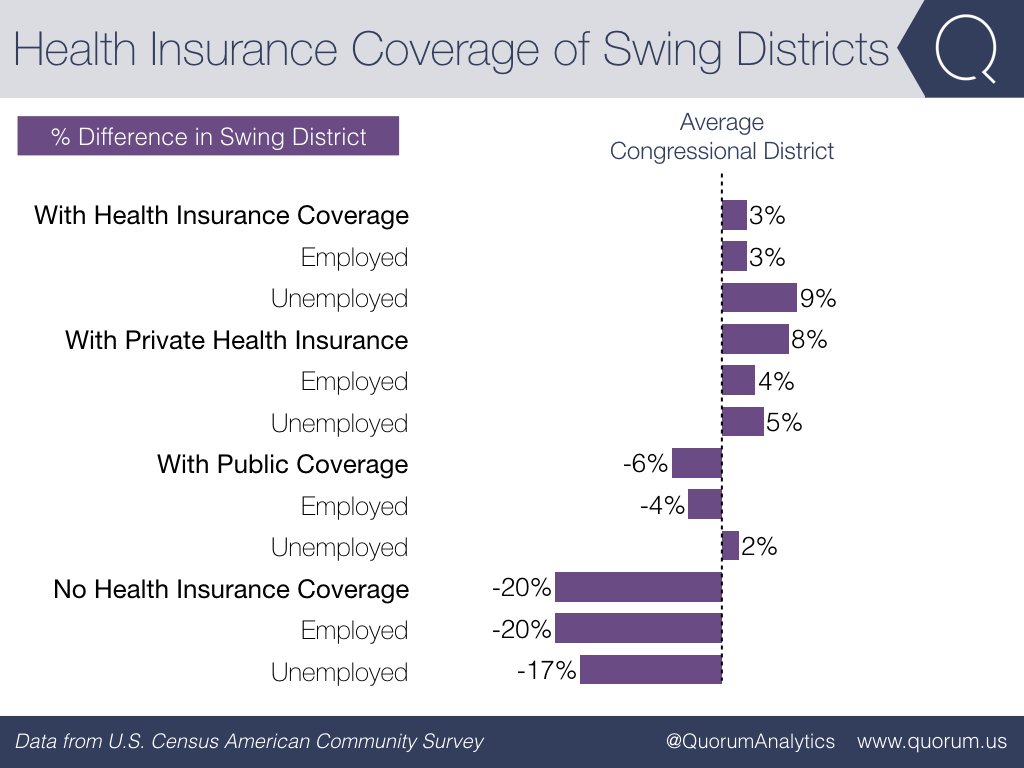 Legislators representing swing districts are less likely to miss votes and more likely to vote against their own party.

During the 115th Congress, legislators representing swing districts are 33 percent more likely to vote against their own party and 39 percent less likely to miss votes on the floor. Members in swing districts have spent fewer terms in office, are enacting fewer bills, and garnering fewer cosponsors per bill than the average Representative. 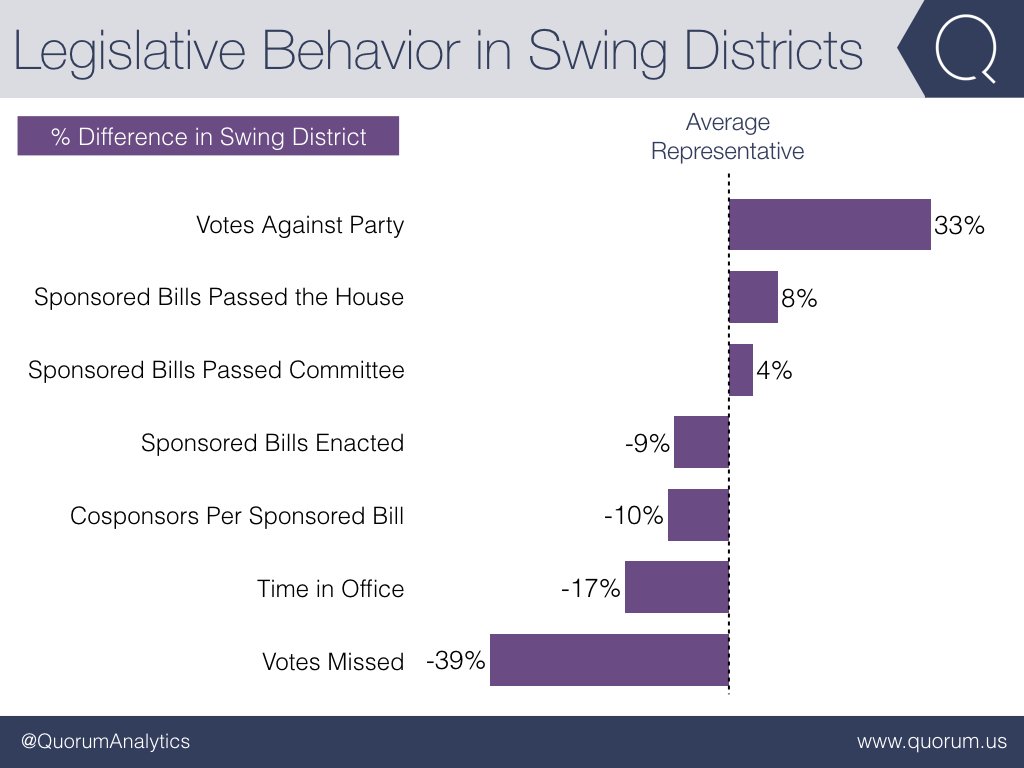 Note on methodology: The data included in this report comes from the American Community Survey conducted by the U.S. Census Bureau. Additional legislative analysis was made possible through Quorum’s comprehensive database of legislative information and analytics. Swing districts are defined by Cook Political Report as having a Partisan Voting Index of D+4.9 to R+4.9.

Congressional Activity & Messaging in Q1 of 2018