In 2001, following the attacks on September 11th, Congress passed the Authorization for Use of Military Force (AUMF). For more than a decade, the AUMF has granted the president authority to use military force against terrorist organizations. The AUMF was passed almost unanimously by the 107th Congress with the exception of Rep. Barbara Lee (D-CA-13) -- the only member of Congress to vote against the authorization.

Two weeks ago, on June 29th, 2017, Rep. Lee succesfully passed an amendment out of the House Appropriatations Committee calling for the repeal the AUMF. With a potential renegotiation of the AUMF horizon, which members of Congress were around for its original passage in 2001? 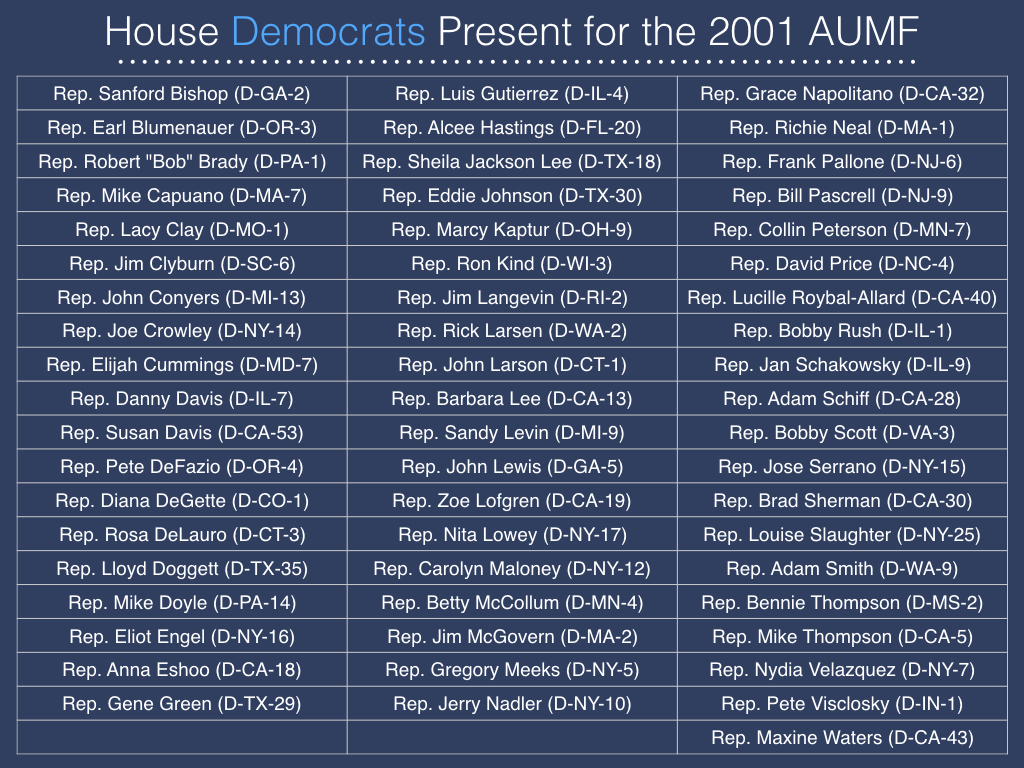 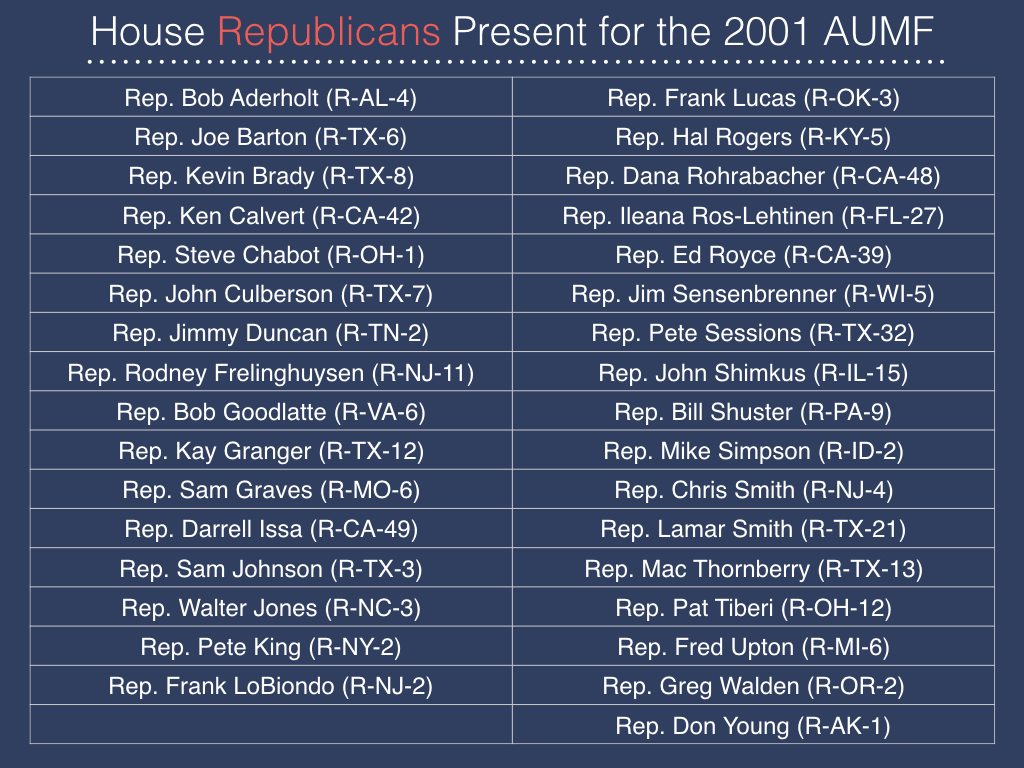 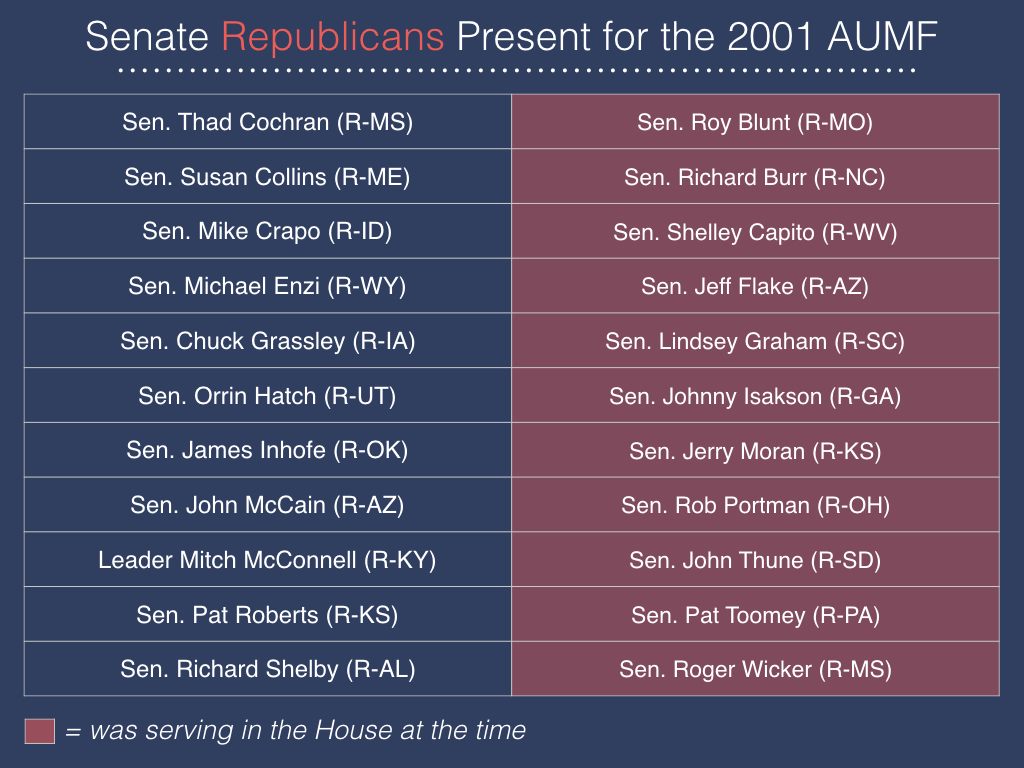 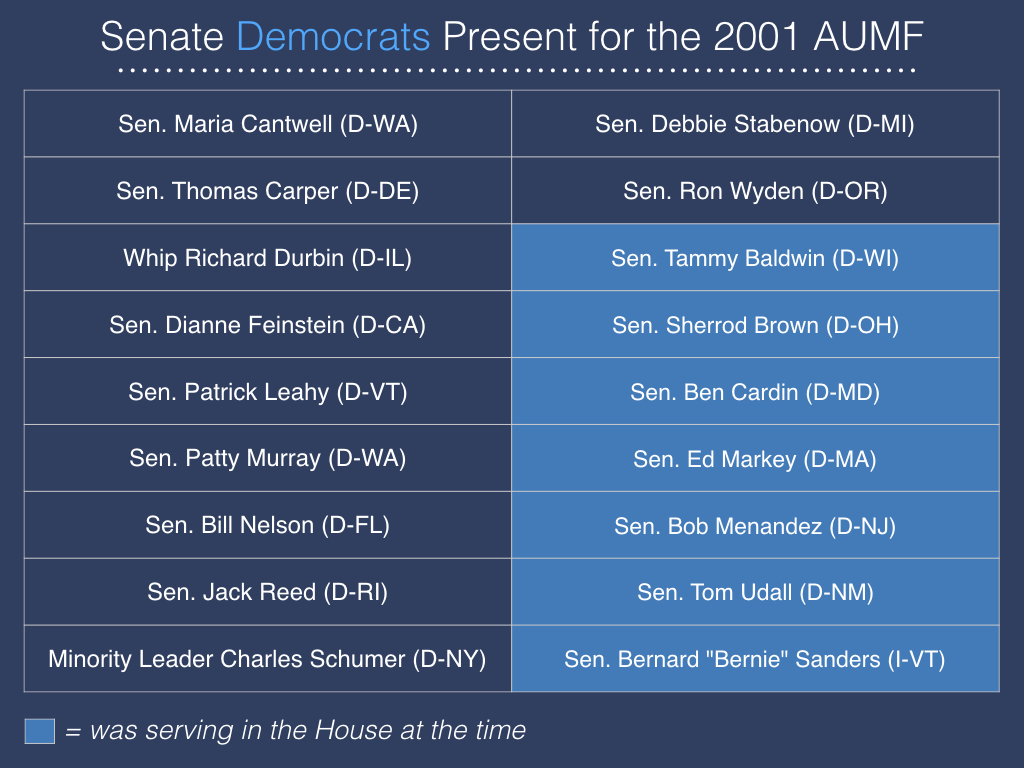