This week, Acting-CIA Director Gina Haspel appeared before the Senate Intelligence Committee for her nomination hearing as President Trump's new CIA Director. Support for Haspel's nomination remains a point of tension in the Senate with Republican Senators Paul (KY) and McCain (AZ) both vocalizing opposition to the nominee. Here's a look at how Republicans and Democrats have talked about Haspel since her selection as Deputy Director in February 2017.

Republicans focus on Haspel being the first woman to potentially lead the CIA, Democrats focus on torture.

In their statements mentioning Haspel, Republicans are focusing the conversation on the nominee making history as the first woman (72 mentions) to lead the agency—emphasizing her qualifications (51 mentions) and experience (59 mentions). Across the aisle, Democrats are expressing concern (54 mentions) with the nominee's involvement in enhanced interrogation (44 mentions) and torture (129 mentions) techniques during the Iraq War. 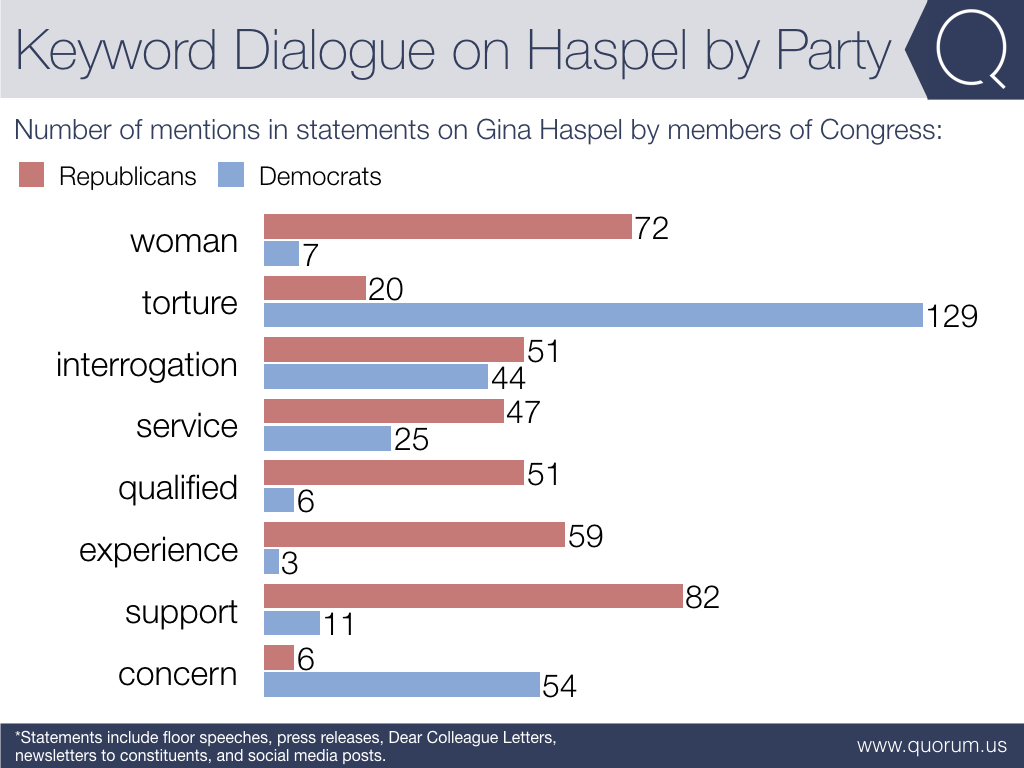 While the Senate has no check on the selection of the deputy director position, there were only 14 mentions of Haspel by members of Congress following her selection as deputy director in February 2017. After President Trump's announcement of her nomination as CIA Director, dialogue on Haspel skyrocketed to near 500 mentions over the past two months. 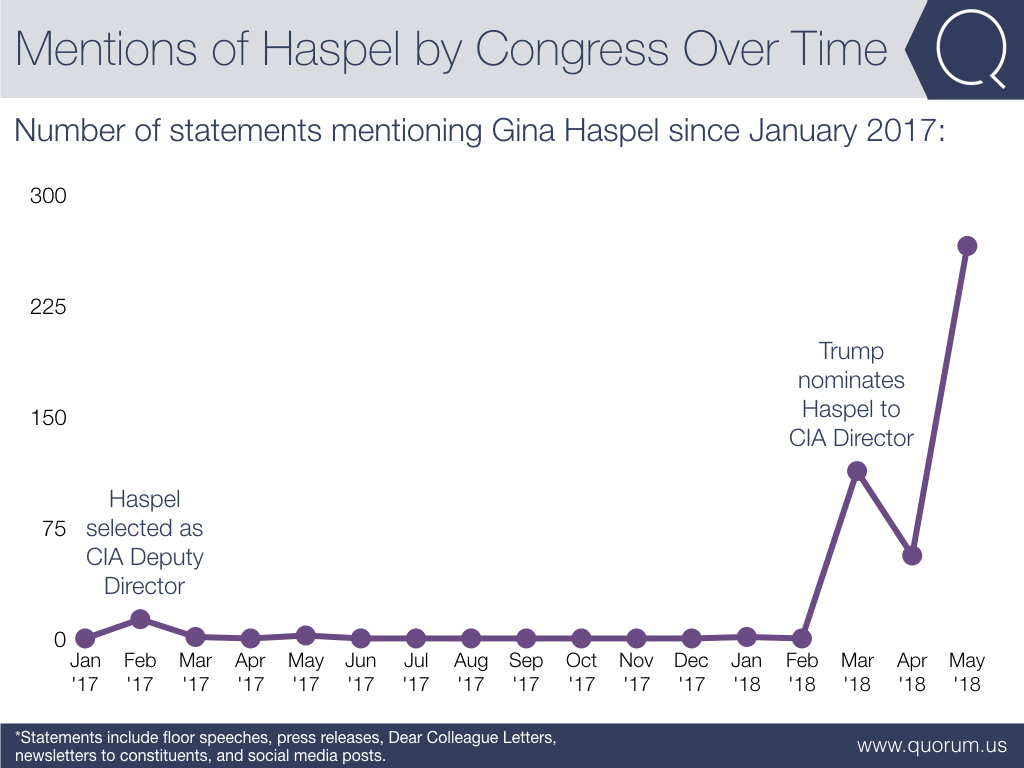 Read More: How Each Senator Has Voted On Trump's Judicial Nominees