On Wednesday morning, President Trump tweeted, "the United States Government will not accept or allow Transgender individuals to serve in any capacity in the U.S. Military." Within hours, lawmakers weighed in on the president's statement including Sen. McCain (R_AZ) who offered clarification regarding a Department of Defense study into “the medical obligations [the military] would incur...with accession of transgender individuals who are not currently serving."

Considering, President Trump was the first GOP nominee to mention the LGBTQ community in a nomination acceptance speech, we decided to explore how dialogue surrounding the transgender individuals has evolved amongst elected officials.

7% of Republicans, 65% of Democrats responded to the president's Tweet 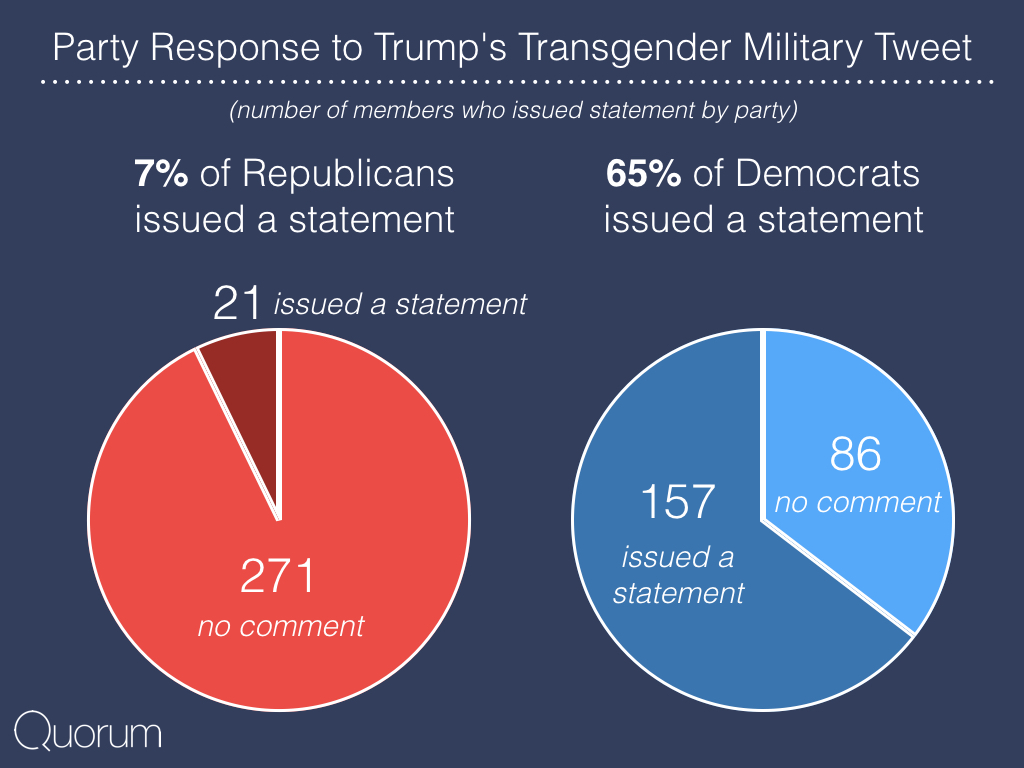 Congress is mentioning “transgender” 6 times more than 3 years ago

Over the past three years, there have been over 3,600 mentions of “transgender” by members of Congress. In 2014, there were only 229 mentions of "transgender" by Congress, significantly less than the over 1,400 in the first seven months of 2017. 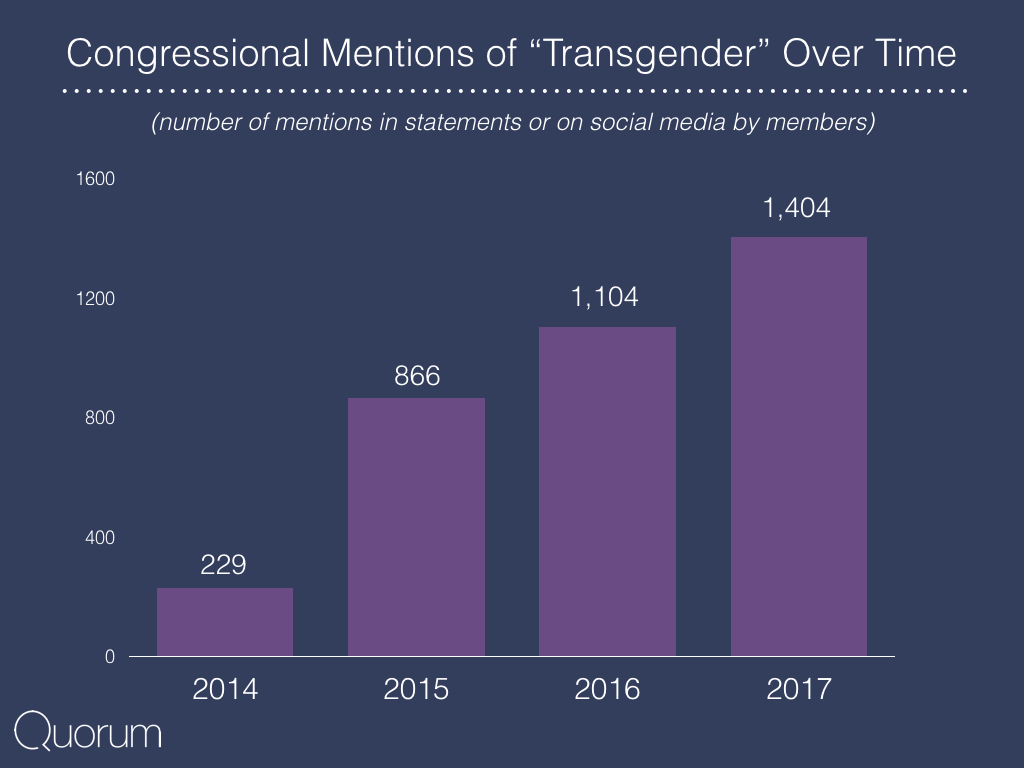 Rep. Quigley and Rep. Ros-Lehtinen lead their parties in mentions of “transgender” 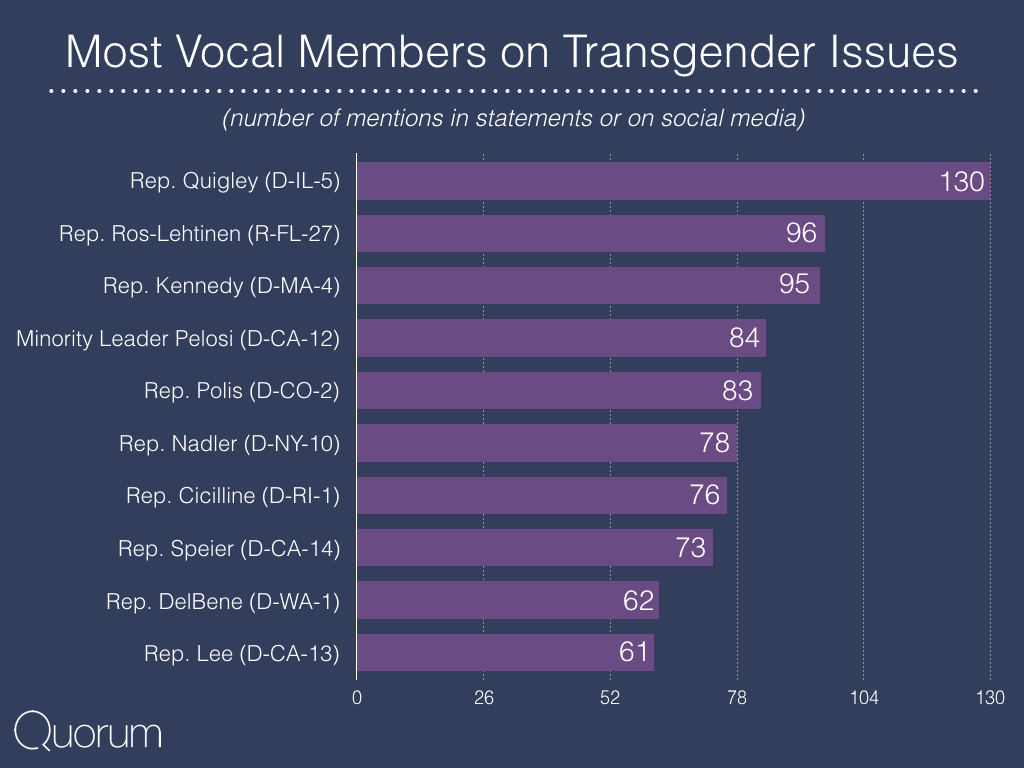 Six Ways for Stakeholders to Impact the Regulatory Process