Over the past three months, governors across the country have taken to the podium to highlight their state's accomplishments and outline policy priorities as part of their 2018 State of State Address. Starting with Governor Andrew Cuomo (D-NY) on January 3rd and ending with Governor Mark Dayton (D-MN) on March 14th, we analyzed all 46 speeches delivered this year and identified key policy areas mentioned, or not mentioned, by each governor.

Download a PDF of our full report or a powerpoint version for your own use!

Following the passage of tax reform in Congress, 23 of 31 Republican governors mentioned tax cuts or reform in their address. 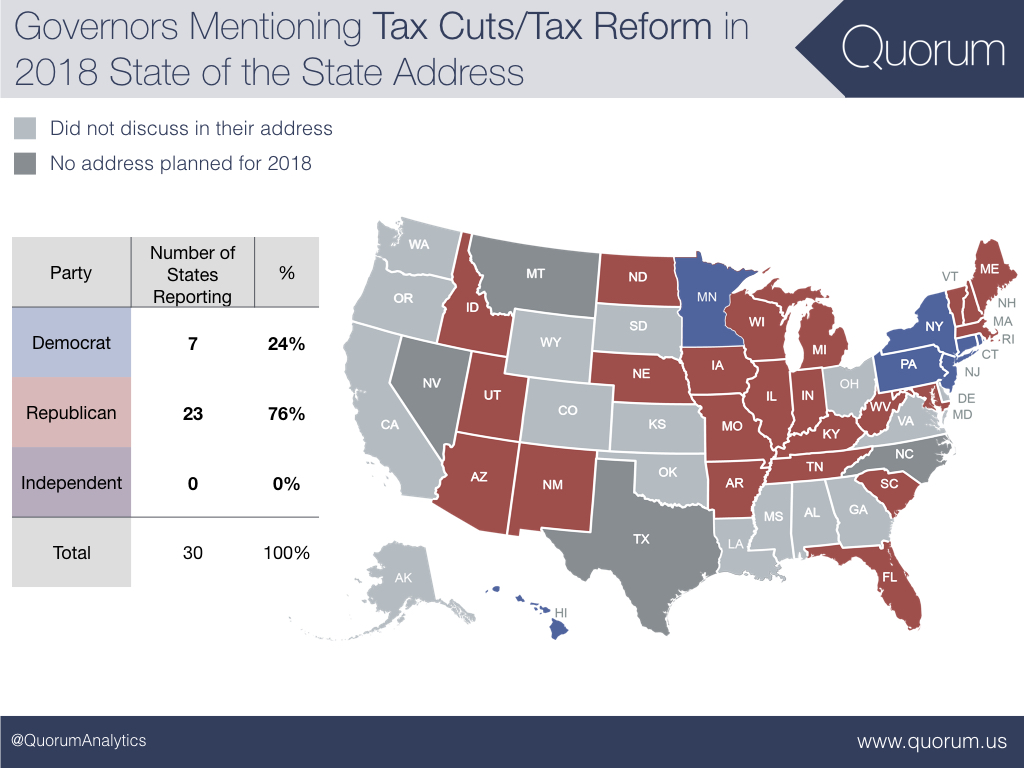 Ten Democrats and 22 Republicans mentioned the opioid crisis in their address.

With the opioid crisis continuing to plague communities across the country, governors in 33 states mentioned the epidemic and the impact it's having on their states. A handful of governors used their address as an opportunity to discuss the work of the opioid task-forces created over the past two years. 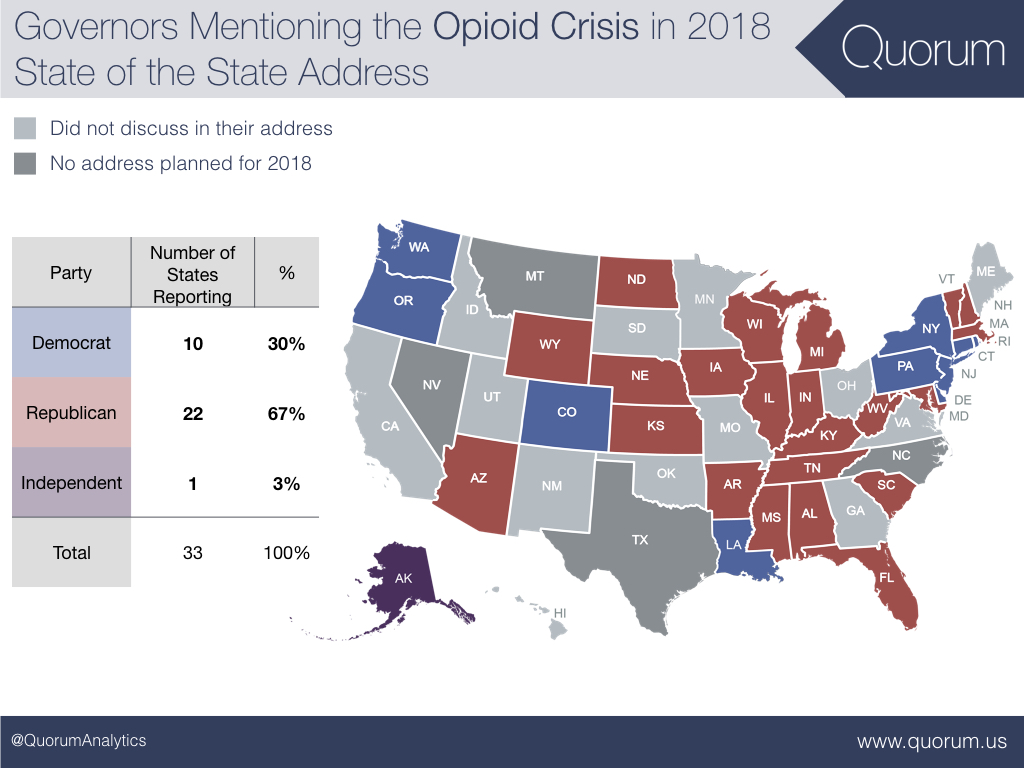 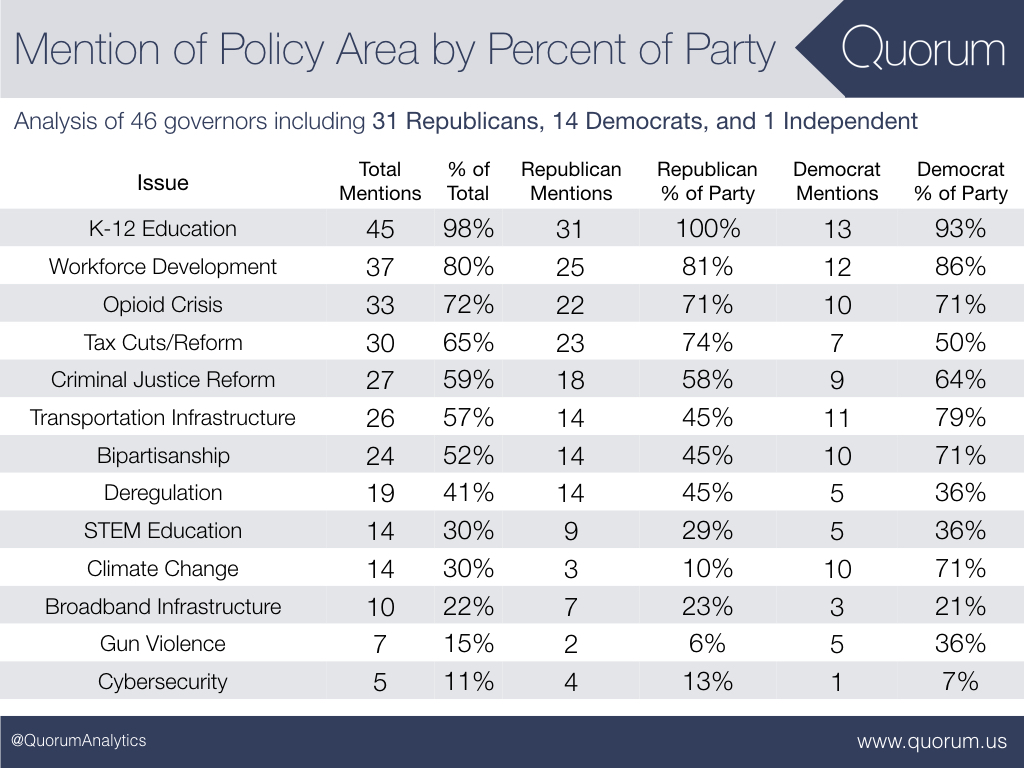 Policy Reputation Calendar: Why You Need One, and How to Do It

Most Vocal Lawmakers on Startups