How Congress Talks About Unions

The Supreme Court handed down a landmark decision in the case of Janus v AFSCME, ruling that states can no longer force government workers to pay agency fees, calling it a violation of an individual's first amendment rights. The decision sparked a slew of reactions from lawmakers in Congress, with hundreds of statements coming in the past three days. Here’s a look at how both parties have talked about unions during the 115th Congress: 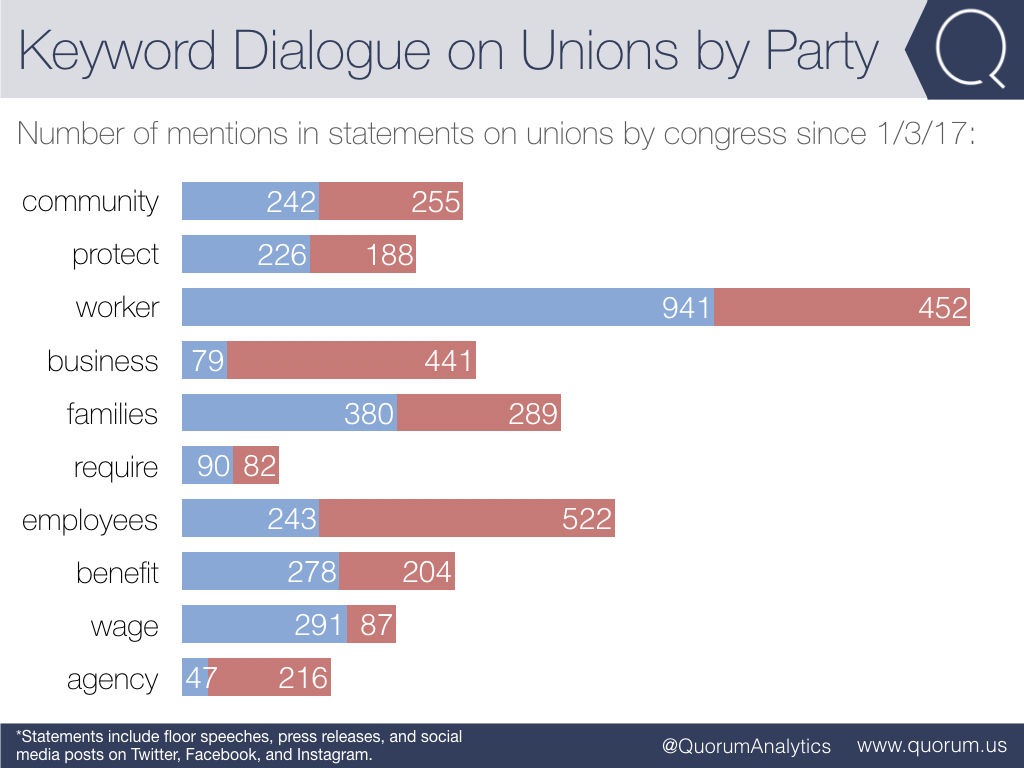 Reps. Clay (D-MO-1) and Pocan (D-WI-2) are the only members among the most vocal who represent a state with an existing right-to-work law prior to the SCOTUS decision. Rep. McCaul (R-TX-10) is the most vocal Republican and the 12th most vocal overall with 38 mentions of unions in this Congress. 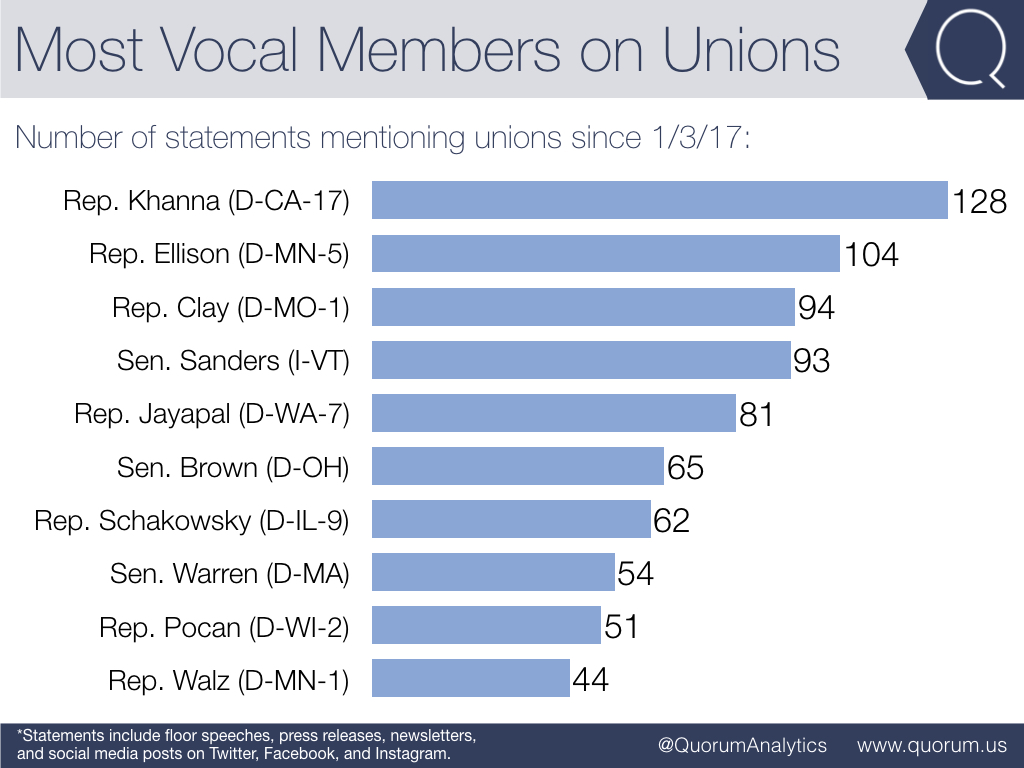 Rep. Khanna is also the most vocal on Janus v. AFSCME, mentioning the case 26 times during the 115th Congress. 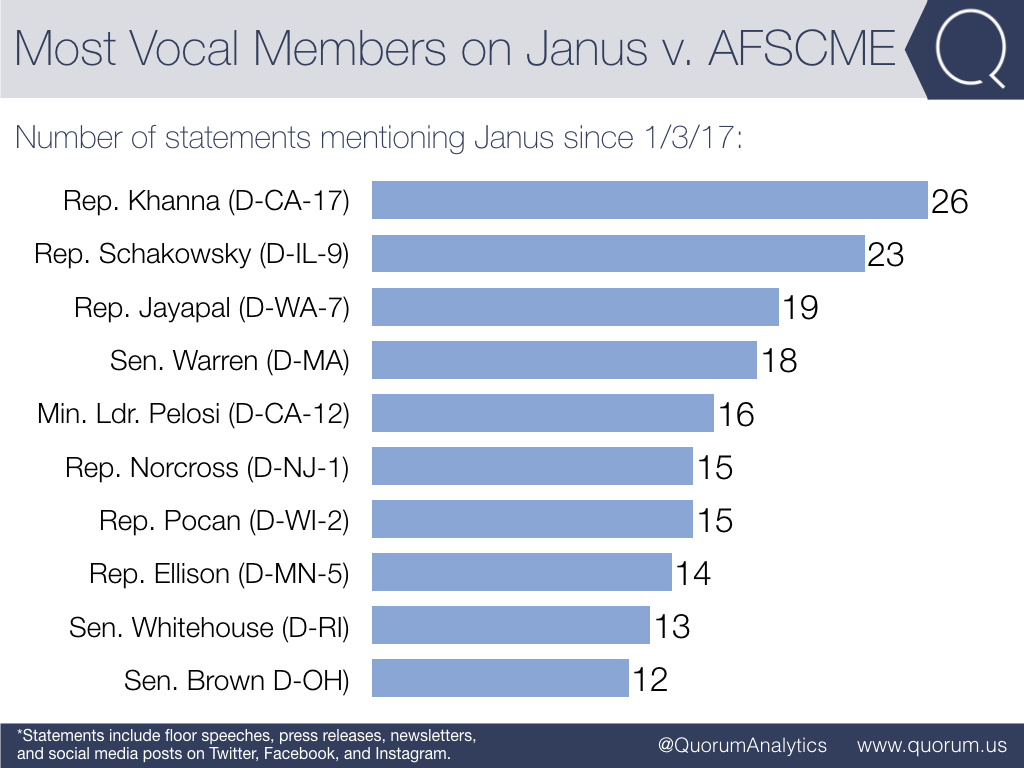