The 28 Medical Professionals Serving in the 115th Congress

This week the Graham-Cassidy bill made waves in Congress as the GOP's latest attempt to repeal and replace the Affordable Care Act. Senator Cassidy (R-LA), a namesake of the bill, is among a unique crowd of lawmakers in Congress with a professional background in the medical industry. As the health care debate grows more and more complicated, we identified the lawmakers in Congress with career experience in the medical industry and diagnosed how they've contributed to the health care conversation.

There are 28 medical professionals in the 115th Congress 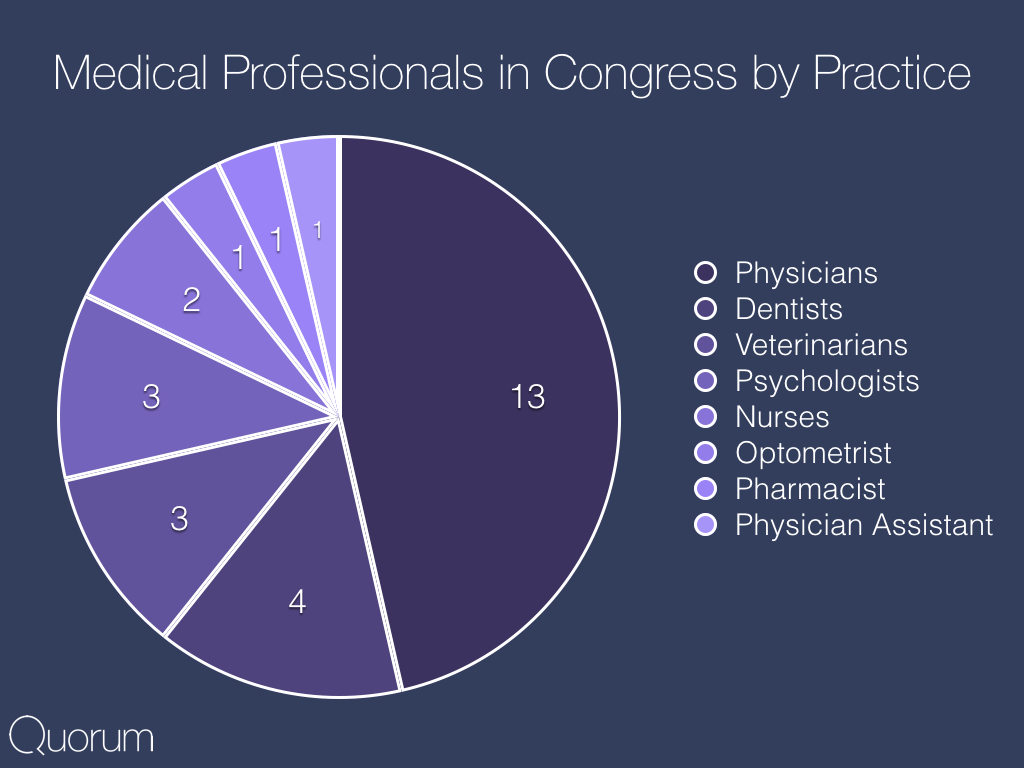 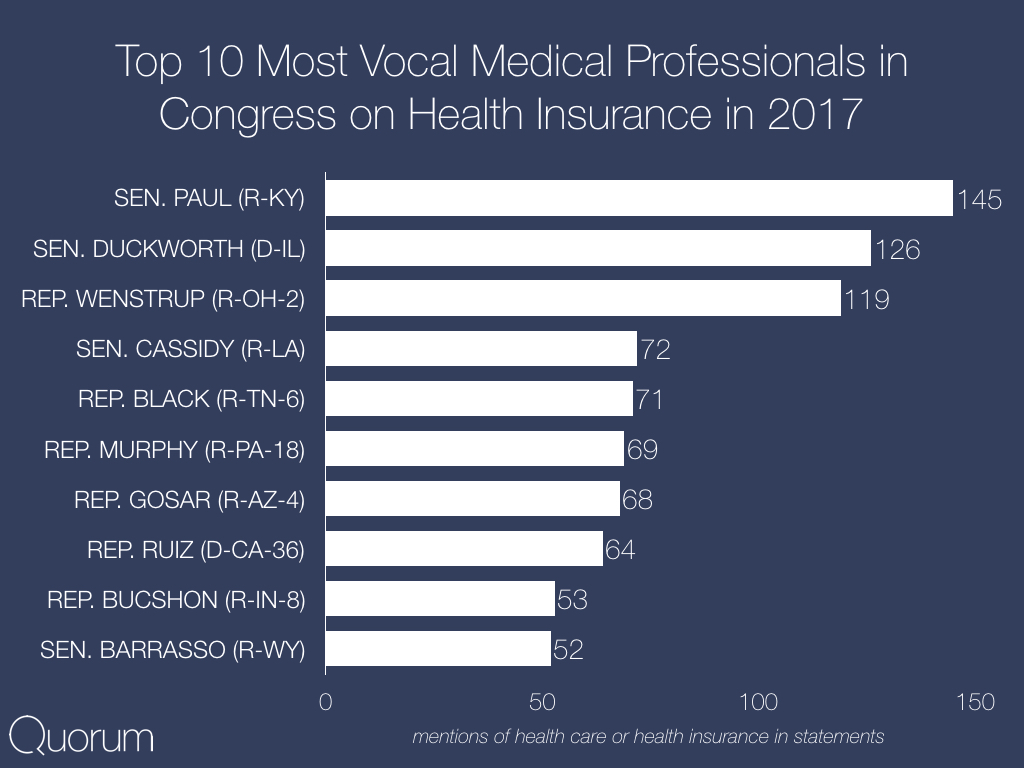 Senator Cassidy, Rep. Burgess, and Rep. Roe have introduced the most health-related legislation of the medical professionals in Congress

So far this session, Senator Cassidy (R-LA), Rep. Burgess (R-TX-26), and Rep. Roe (R-TN_1) have each introduced 11 health-related bills. When compared to how vocal they are on the issue, both Burgess and Roe fall in the middle of the pack of medical professionals. Conversely, Senator Duckworth is very vocal on the issue but has yet to introduce a health-related bill this session. 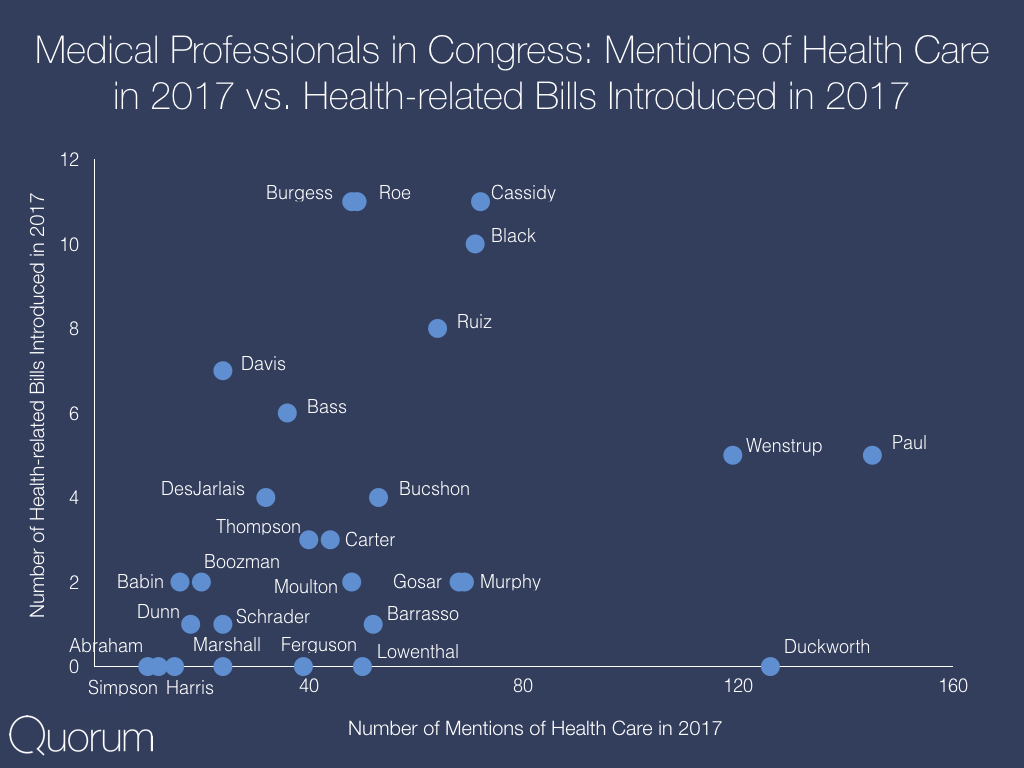 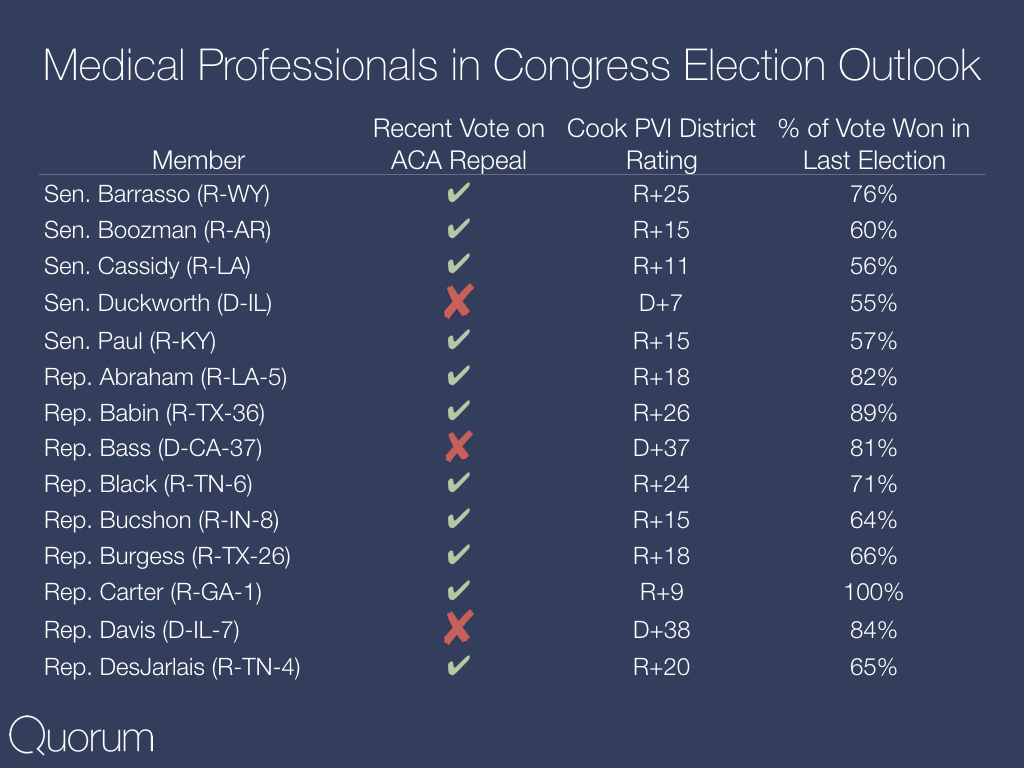 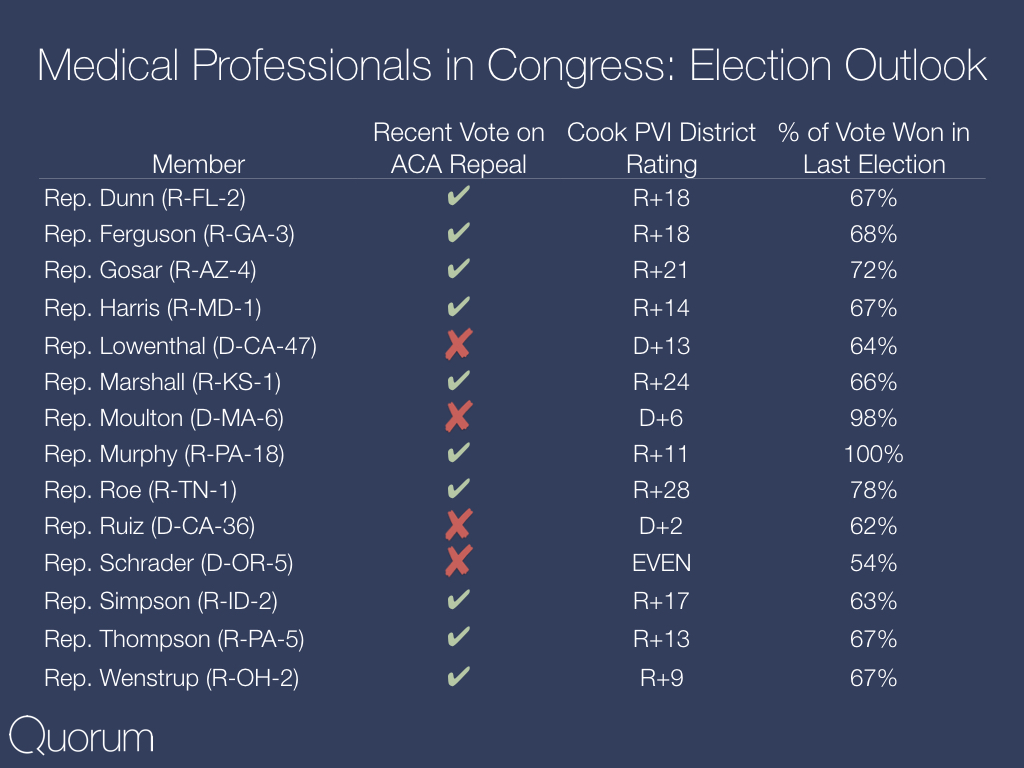