Top 20 News Outlets Mentioned by Congress on Twitter in 2017

According to Pew Research Center, two-thirds of Americans receive some portion of their news on social media. Here in Washington, both President Trump and members of Congress are increasingly turning to tools like Twitter to share information with their constituents. Using Quorum’s social media monitoring, we analyzed which major news outlets members of Congress most frequently mentioned on Twitter in 2017.

With 2,720 mentions, Fox News was the top news outlet members of Congress mentioned on Twitter. Rounding out the top three were fellow television networks CNN and MSNBC—with 2,024 and 1,652 mentions, respectively. The Hill was the top non-television medium members shared or discussed with 1,148 mentions. 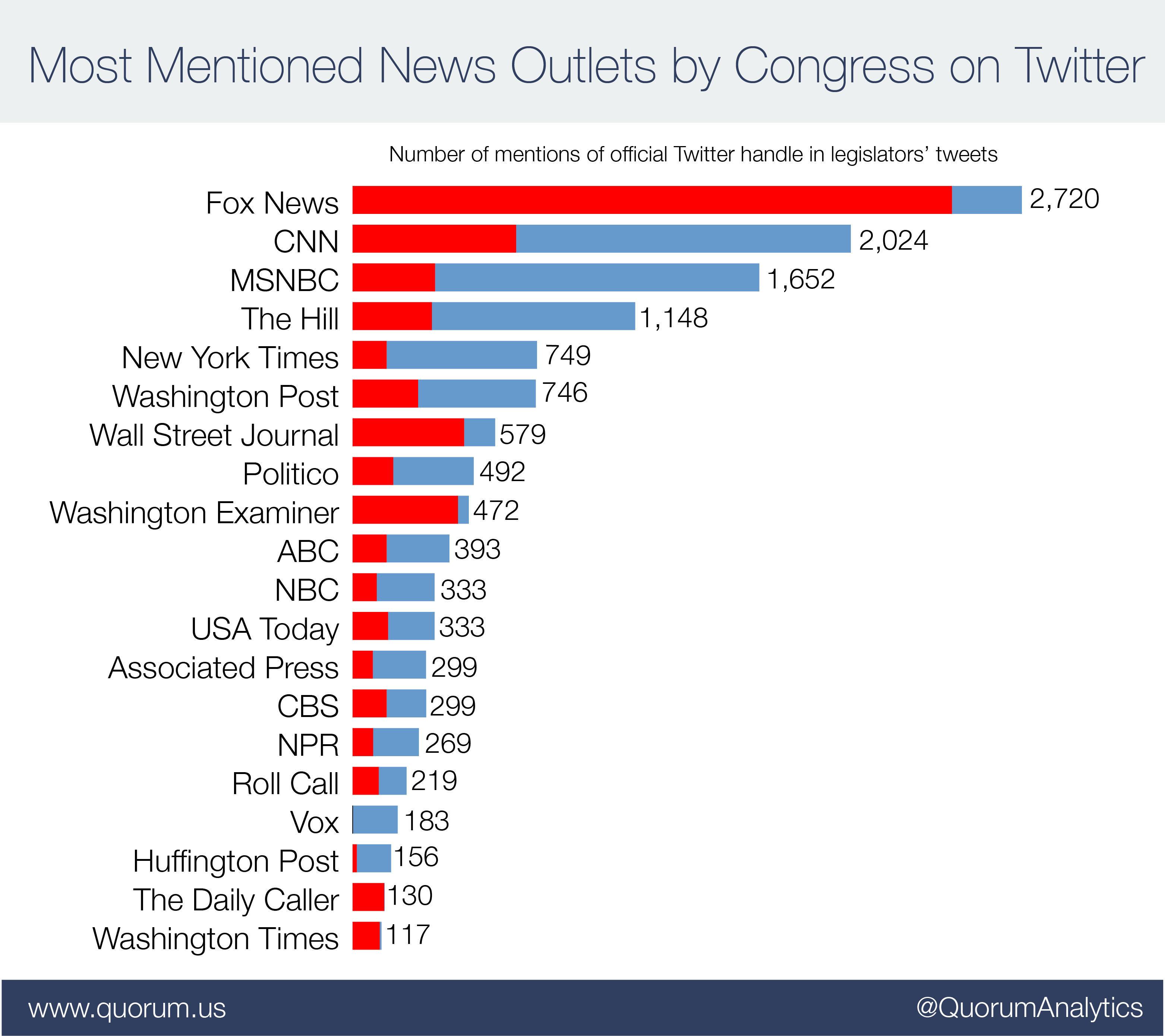 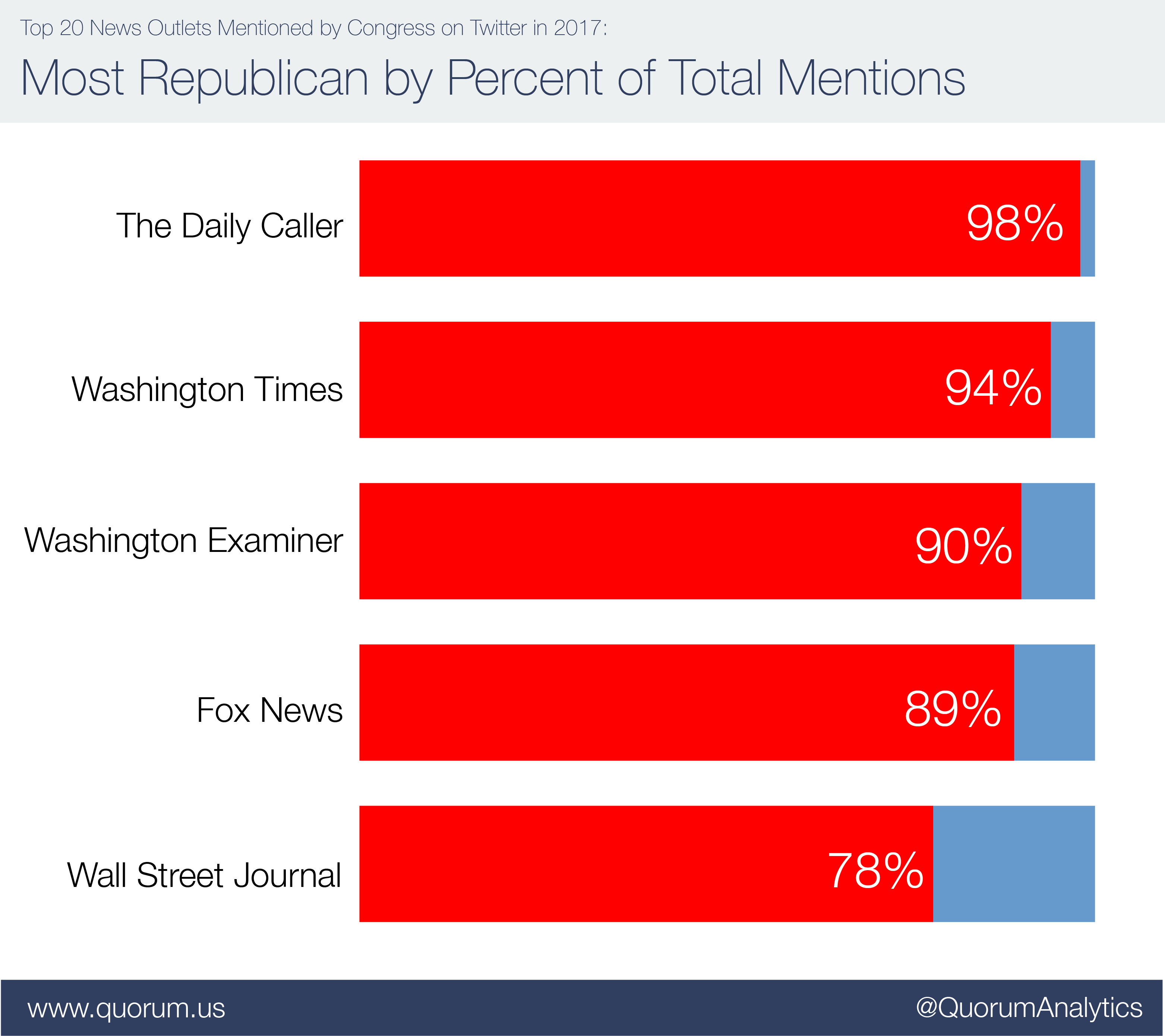 100 percent of Vox’s mentions on Twitter were from Democrats

Democrats accounted for all 183 mentions of Vox on Twitter. 79 percent of MSNBC’s mentions and 81 percent of The New York Times’ mentions came from Democrats. While these five outlets leaned the most Democratic in proportion of mentions, 15 of the top 20 news outlets were shared more by Democrats than Republicans. 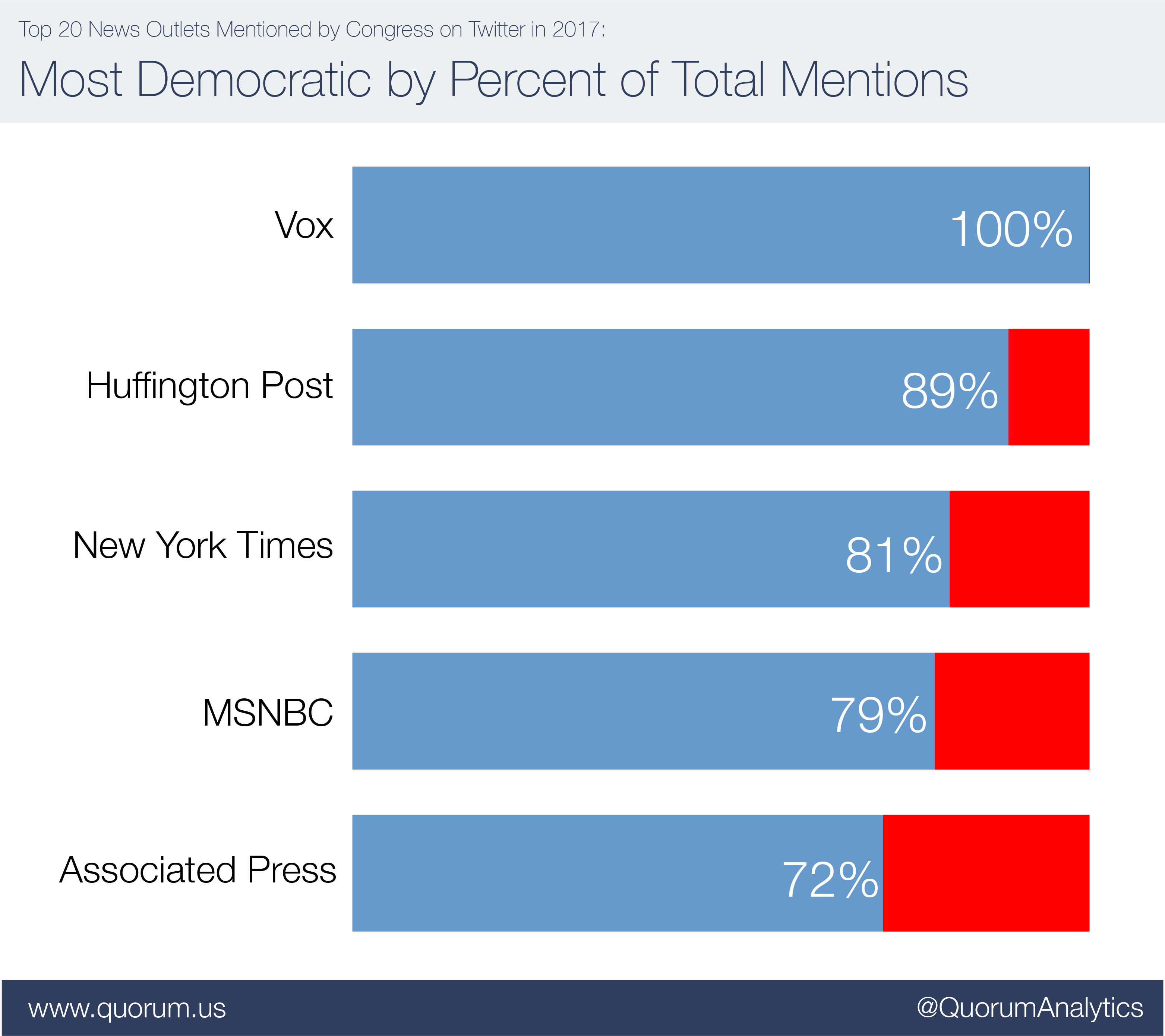 Nearing a 50-50 split, Roll Call was the most evenly mentioned outlet on Twitter with 106 mentions by Republicans and 113 by Democrats. Despite being among the least partisan, all five of the outlets below still leaned Democrat by an average of 57 percent. 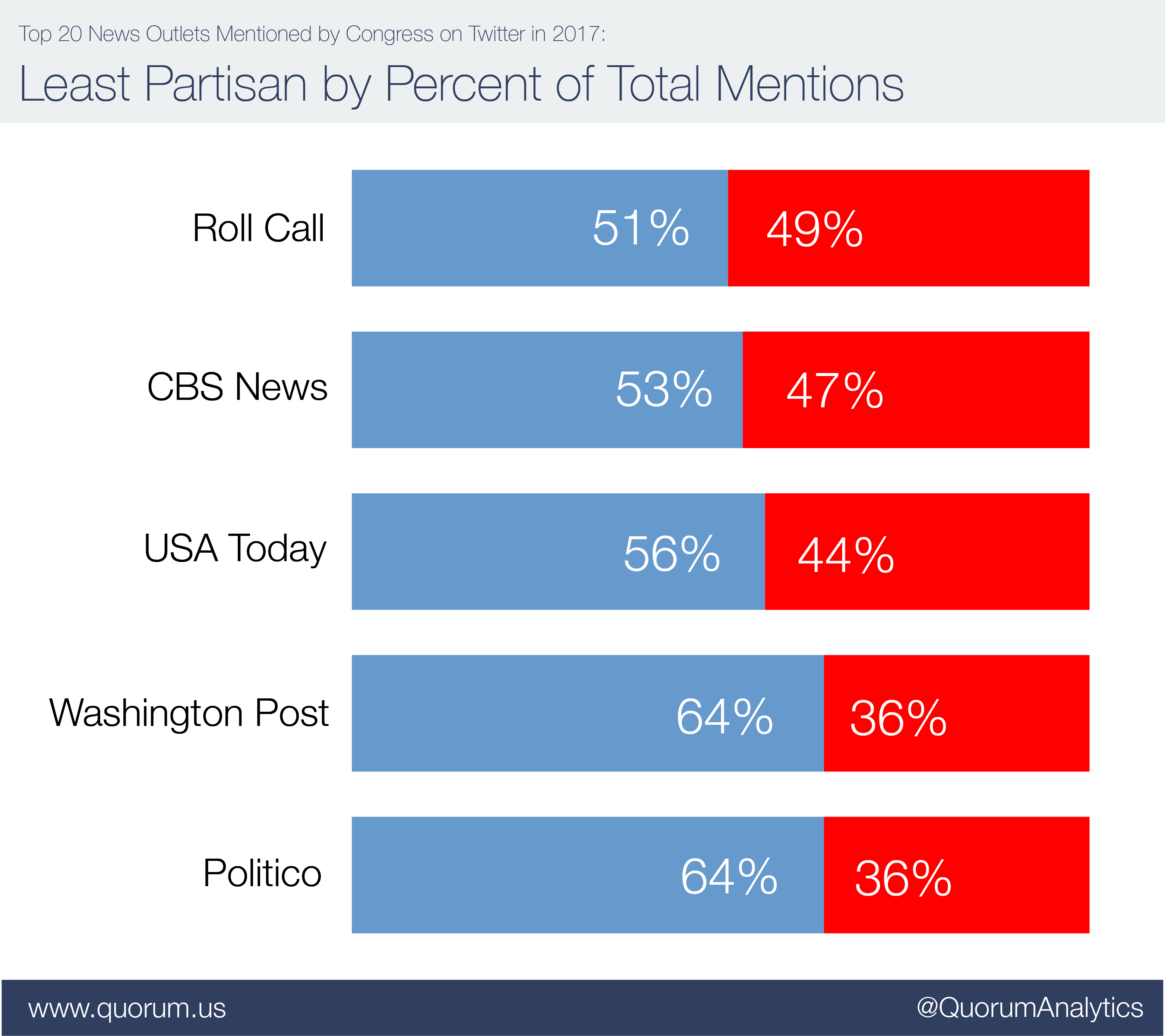 Impacting a Global Issue as a State Legislator

Make State Bill Tracking a Centerpiece of Your Advocacy