President Trump announced on Thursday afternoon, “The opioid crisis is an emergency and I’m saying, officially, right now, it is an emergency.” Currently, more than 100 Americans die of opioid-related deaths each day. Such widespread fatalities have prompted six states -- Maryland, Massachusetts, Alaska, Arizona, Virginia, and Florida -- to declare some form of emergency in the past few years. With the rate of opioid overdoses reaching record levels, we diagnosed which lawmakers have been most vocal on addressing the crisis from the state capitals to Congress.

Over 850 bills mentioning opioids have been introduced nationwide in 2017 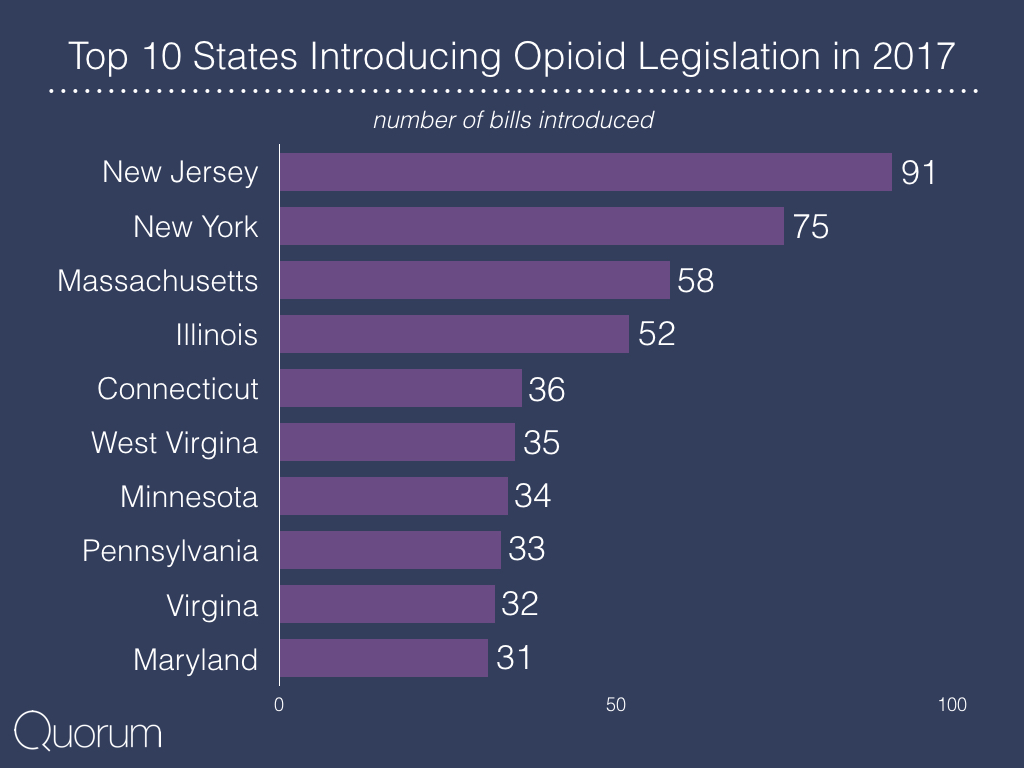 Governor Tom Wolf (D-PA) has mentioned the opioid crisis more than 200 times in official statements or social media posts -- making him the most vocal of US governors on opioids this year, which makes sense considering the recent surge in opioid-related hospitalization in Pennsylvania. Rounding out the top five most vocal governors on opioids are Governor Hogan (R-MD), Governor Cooper (D-NC), Governor Christie (R-NJ), and Governor Walker (R-AK). 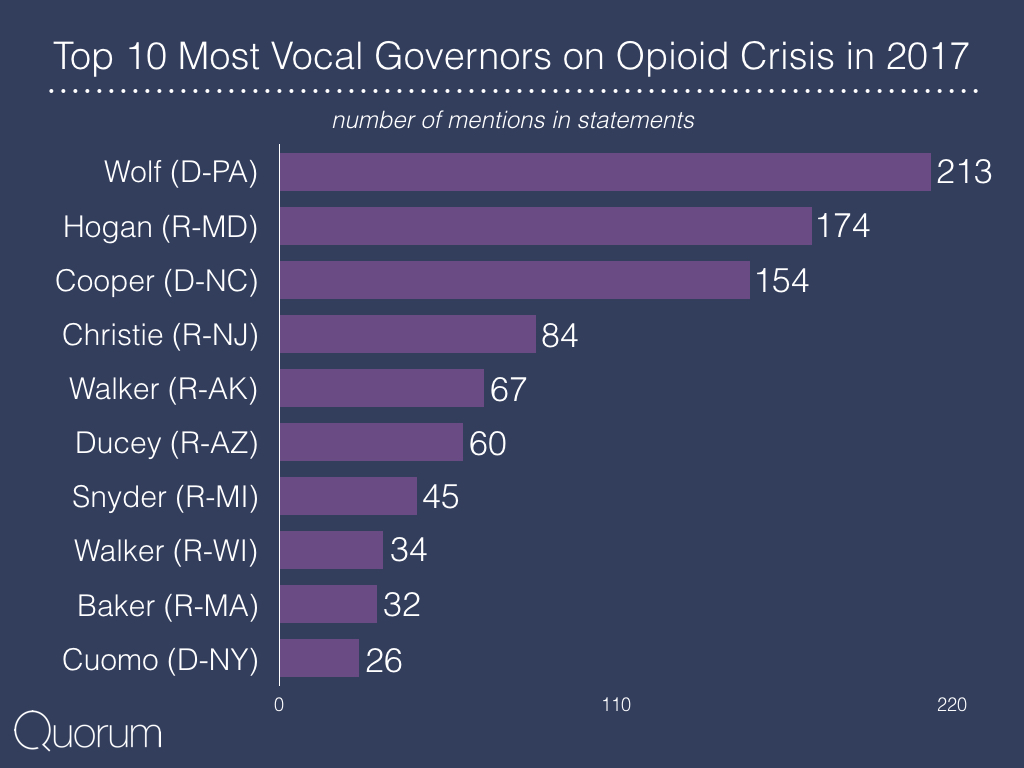 Sen. Markey (D-MA) is the most vocal member of Congress on opioids in 2017

Members of Congress have mentioned opioids over 5,600 times in official statements or social media posts in 2017. Democrats account for 62% of the opioid conversation in Congress compared to Republicans 38%. Senators Shaheen and Hassan of New Hampshire as well as Rep. Kuster (D-NH-2) are all among the top five most vocal members on the opioid crisis. 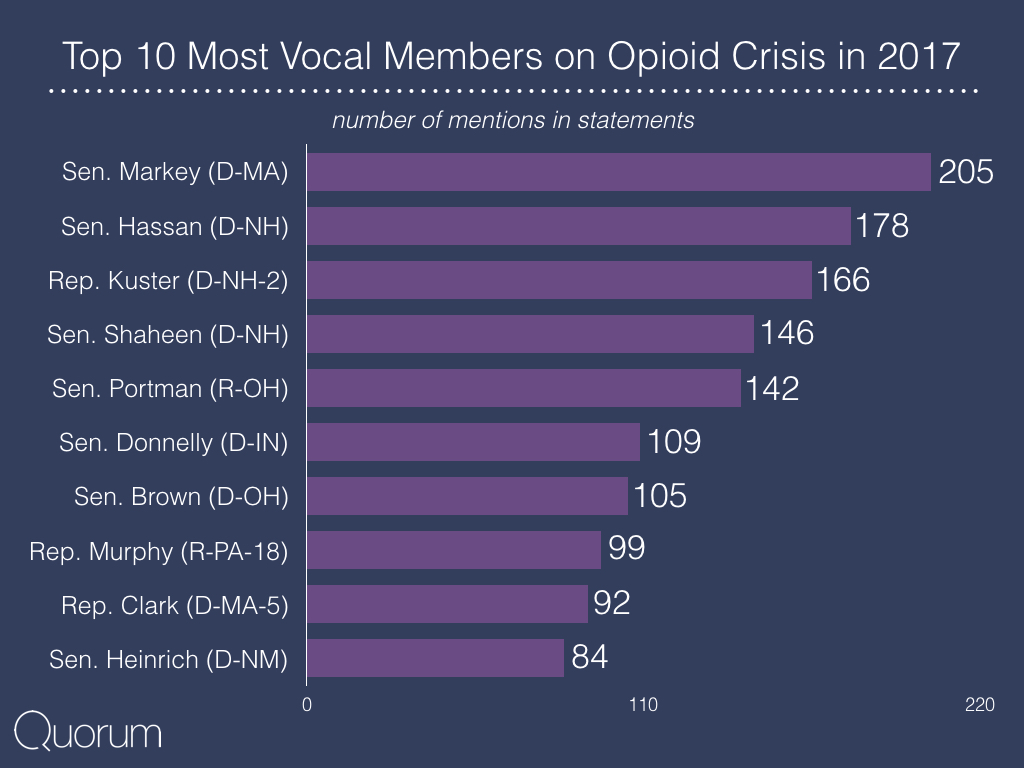