Today, Quorum joins in celebrating International Chart Day—a day to celebrate infographics and assist the public in becoming better consumers of data. To honor the occasion, we're sharing a few of our favorite charts from reports we've published analyzing the 115th Congress:

How Partisanship Impacted the 115th Congress

In 2017, the average House Democrat cosponsors legislation across the aisle twice as much as the average House Republican. As the minority party in the chamber, House Democrats cosponsor legislation across the aisle 29 percent of the time compared to House Republicans 12.3 percent of the time. For more charts like the one below, download our 115th Congress Partisanship Report in partnership with the Cook Political Report. 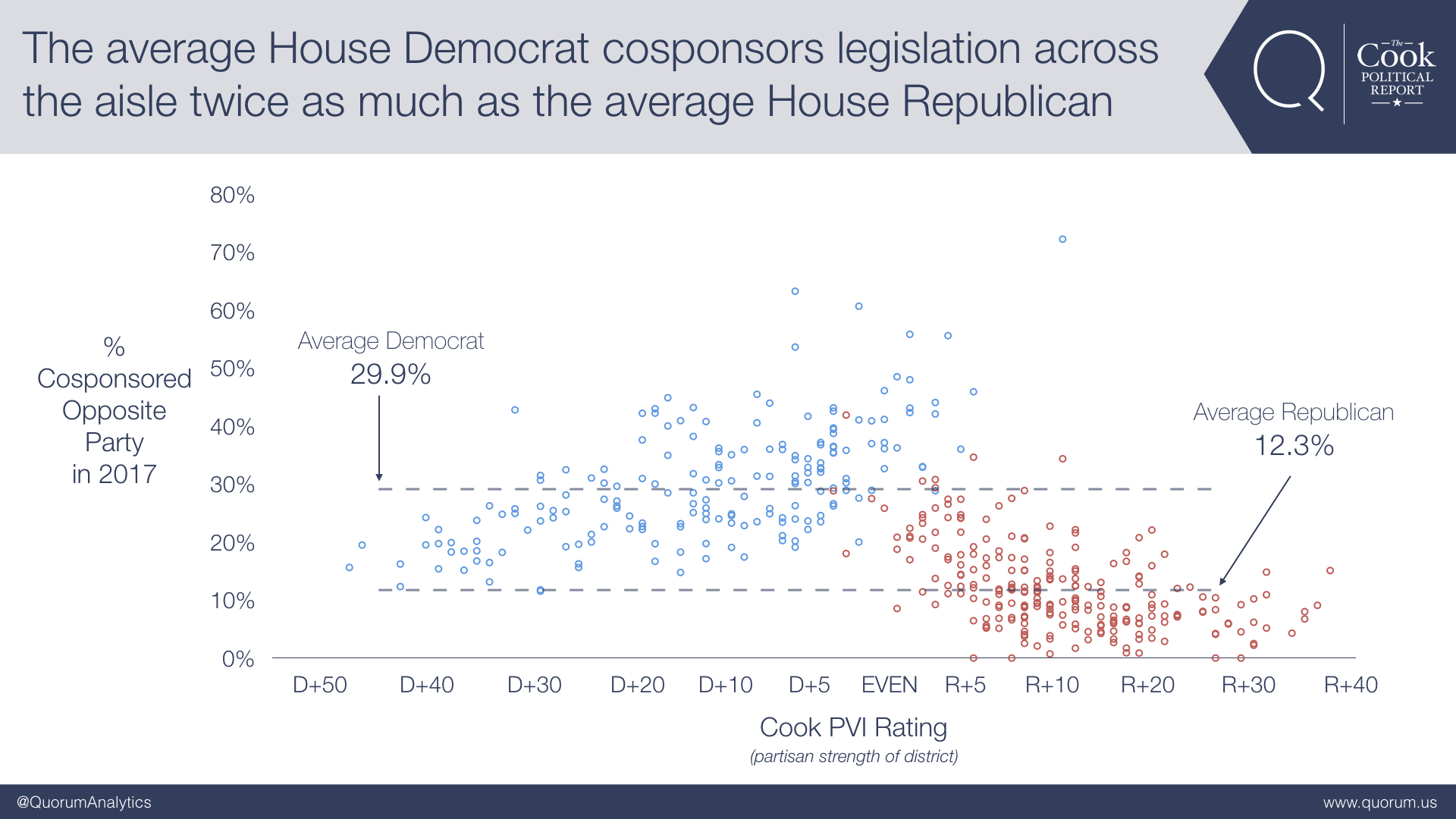 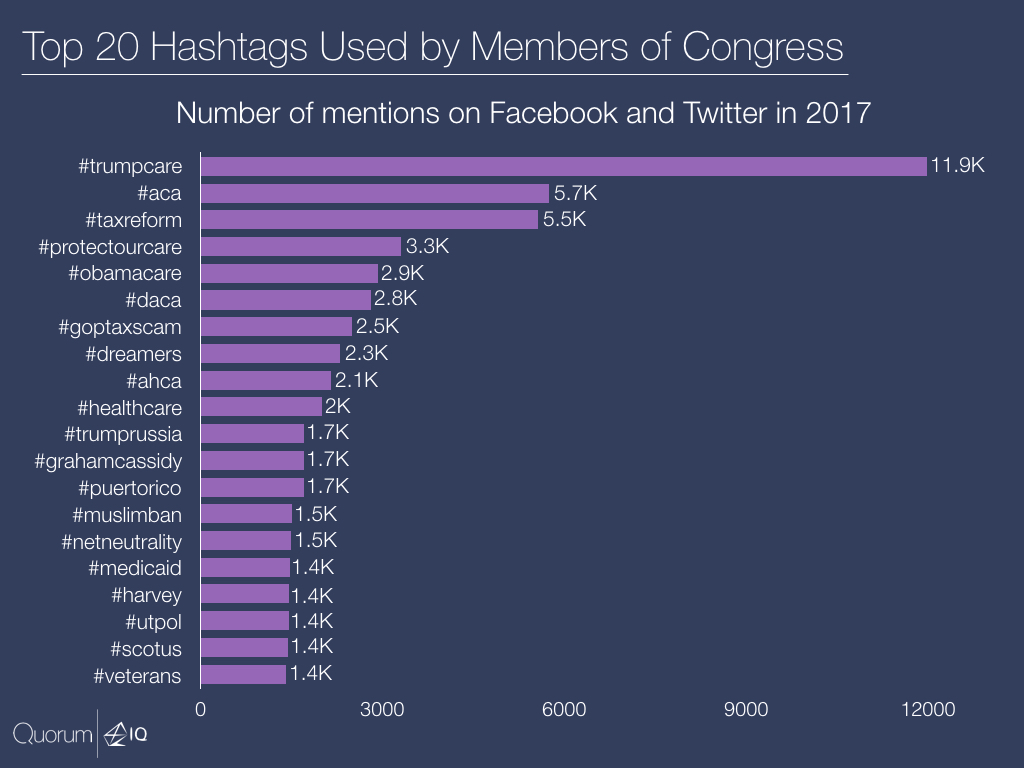 11 states have no women representing them in Congress 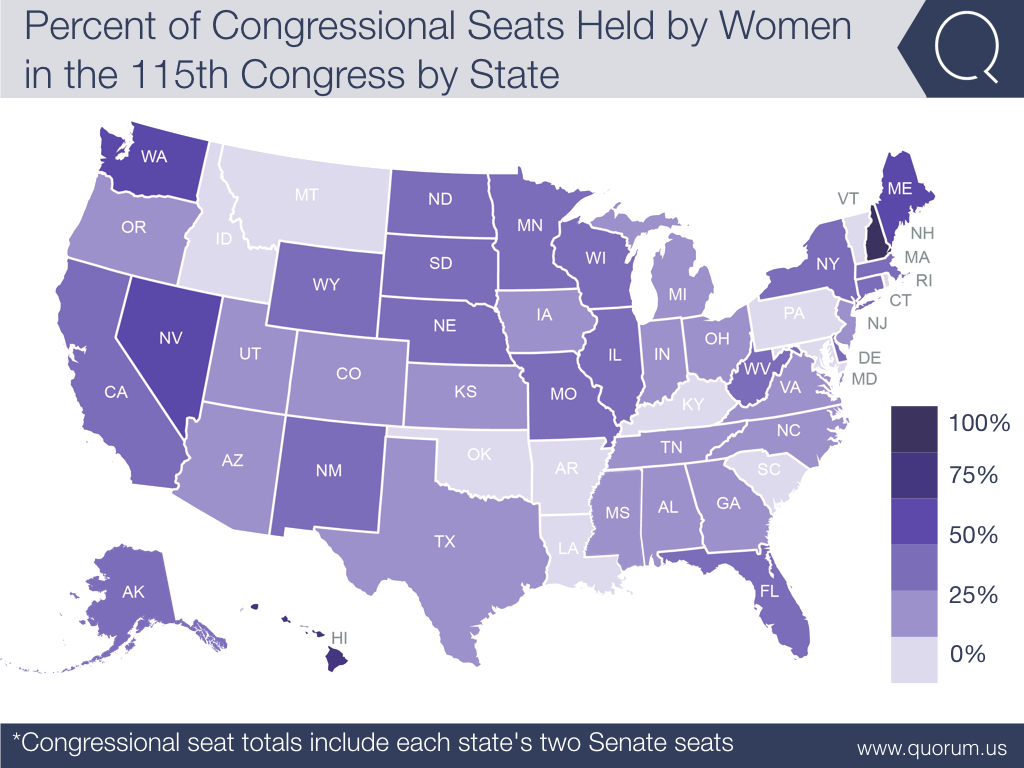 Interested in collaborating on a chart? Get in touch at kevin@quorum.us