In the first round of major elections since President Trump took office, Virginia Democrats made significant advances—maintaining control of the governorship and making strong gains in the House of Delegates. Pending recounts, Democrats flipped at least 15 seats on Tuesday—12 Democrats defeated incumbent Republicans, while the other three ran for open seats in previously-held Republican districts. Each of the districts that flipped from red to blue were previously held by men, and 11 of the 15 delegates-elect are women.

Defeated incumbents were among the most and least productive members of the chamber. 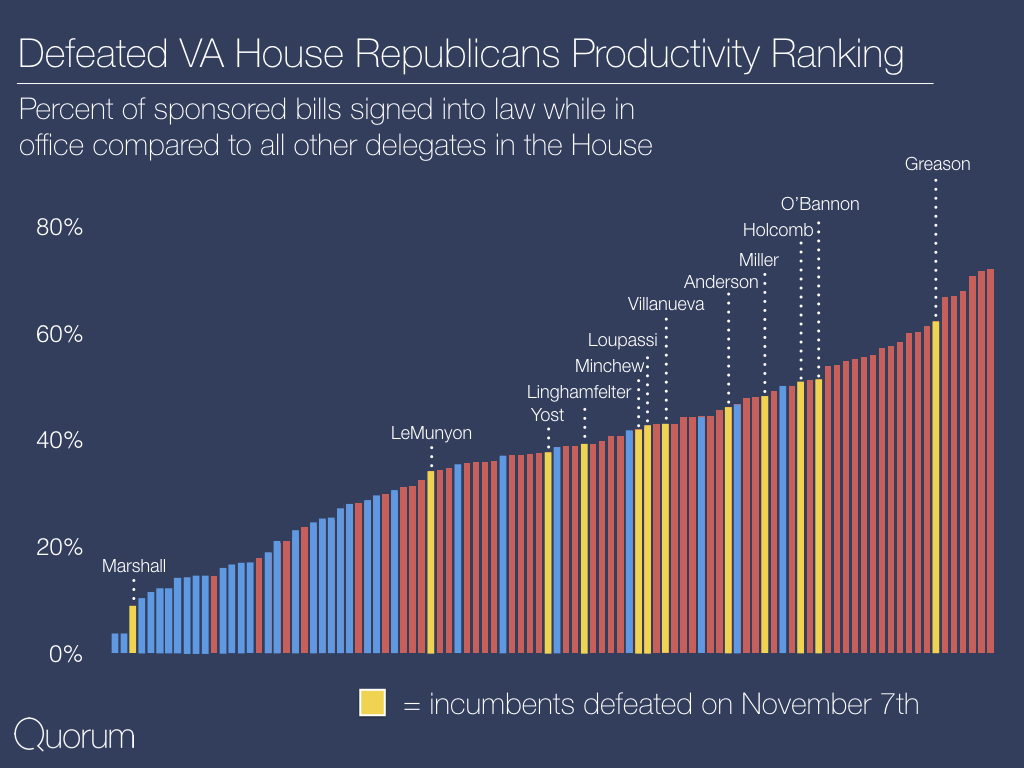 No strong correlation exists between legislative productivity and the margin of an incumbent's defeat. 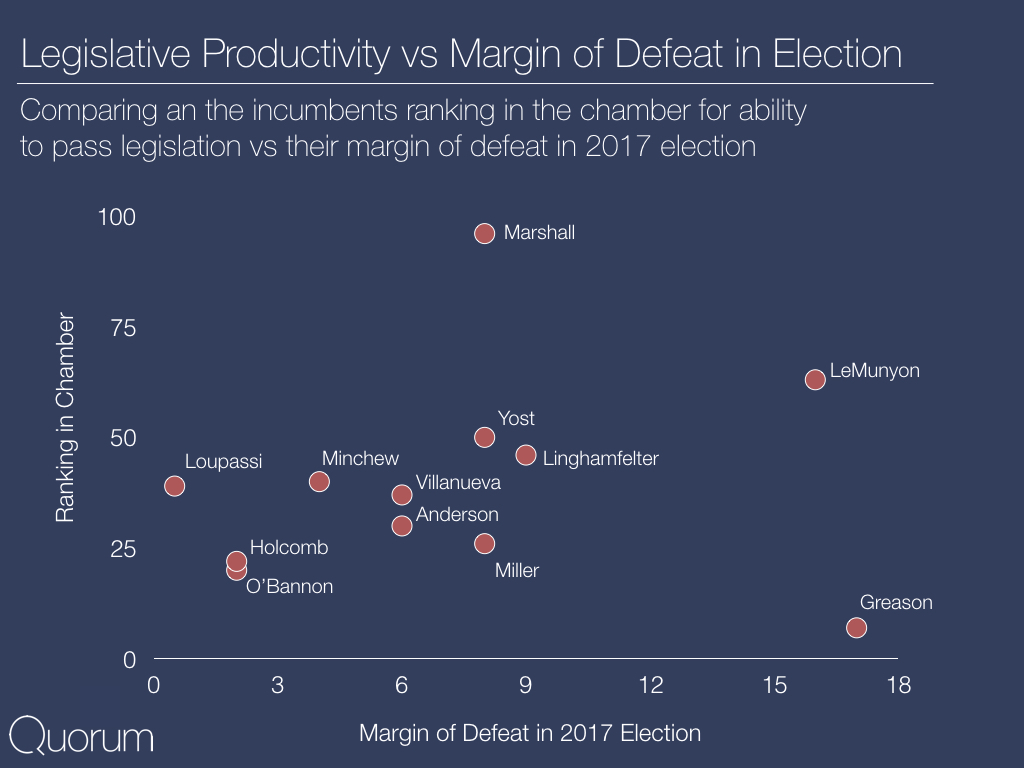 Many of the Democratic gains came in the Northern Virginia and DC Metro areas.

Northern Virginia saw stronger turnout than recent state elections with 49 percent of voters casting a vote as compared to 43 percent in 2013. Overall, Northern and Central Virginia had the highest turnout rates in the state.

Personalize Your Advocacy with a Thank and Shame Campaign

How the Sierra Club Manages State Bill Tracking in Quorum