Following the heartbreaking news of Senator McCain’s diagnosis, current and former colleagues took to social media to share words of support and prayer including some of their favorite memories working with McCain. The two-term Congressman and six-term Senator from Arizona has been an iconic political force for over 30 years. With such a storied career, we took a by-the-numbers look at McCain’s legacy in the Senate.

Since 1986, Sen. McCain has introduced 772 bills -- more than any Republican serving in the Senate and second only to Sen. Feinstein with 914 bills. As a two-time chairman of the Senate Indian Affairs Committee, McCain has introduced 124 bills on Native American issues. Rounding out his top five most active issues are Economic Development, Transportation & Public Works, Science, Technology & Communications, and Taxation. 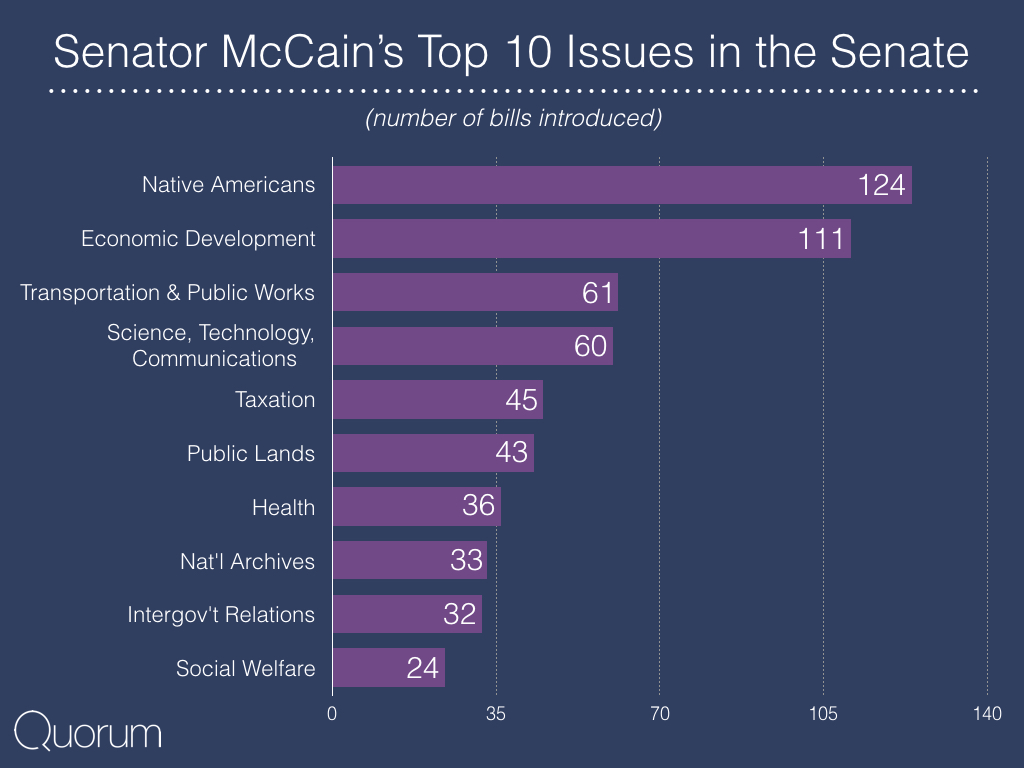 Over the past 30 years, Sen. McCain has enacted 31 of his sponsored bills including 16 on Native American issues, 5 on Public Lands, and 3 on Transportation & Public Works. The senator's most productive period for enacted legislation was the 104th Congress in 1995 and 1996 -- with 8 McCain-sponsored bills signed into law. 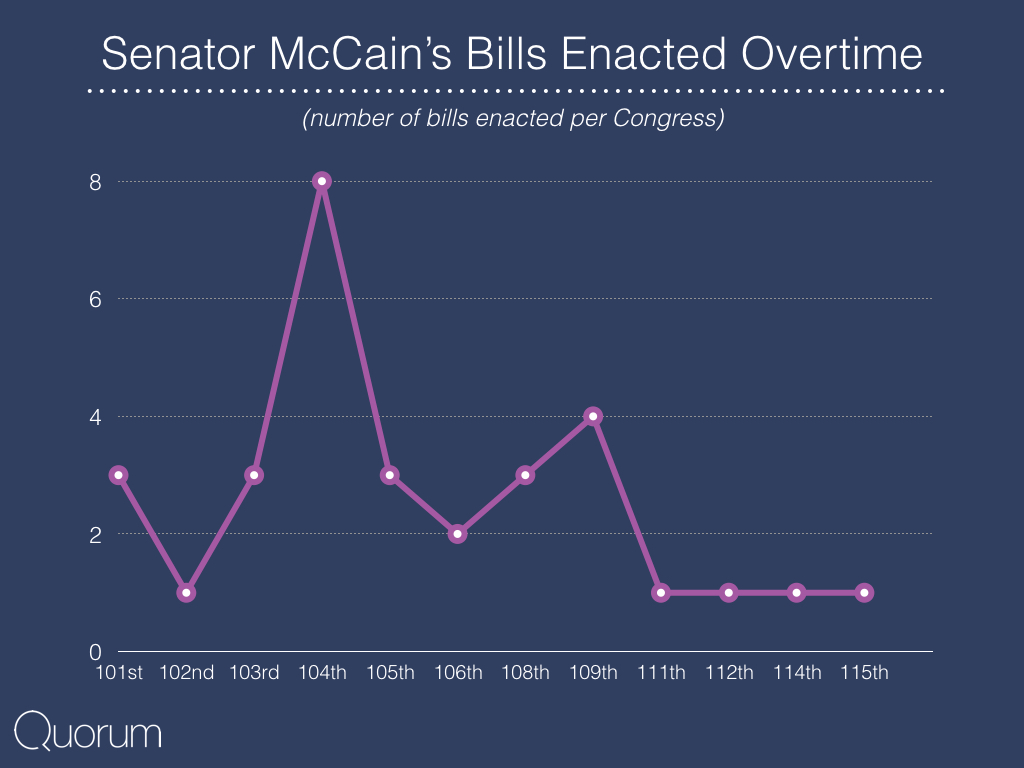 McCain votes against his party 14% of the time, 6th highest of Republican Senators 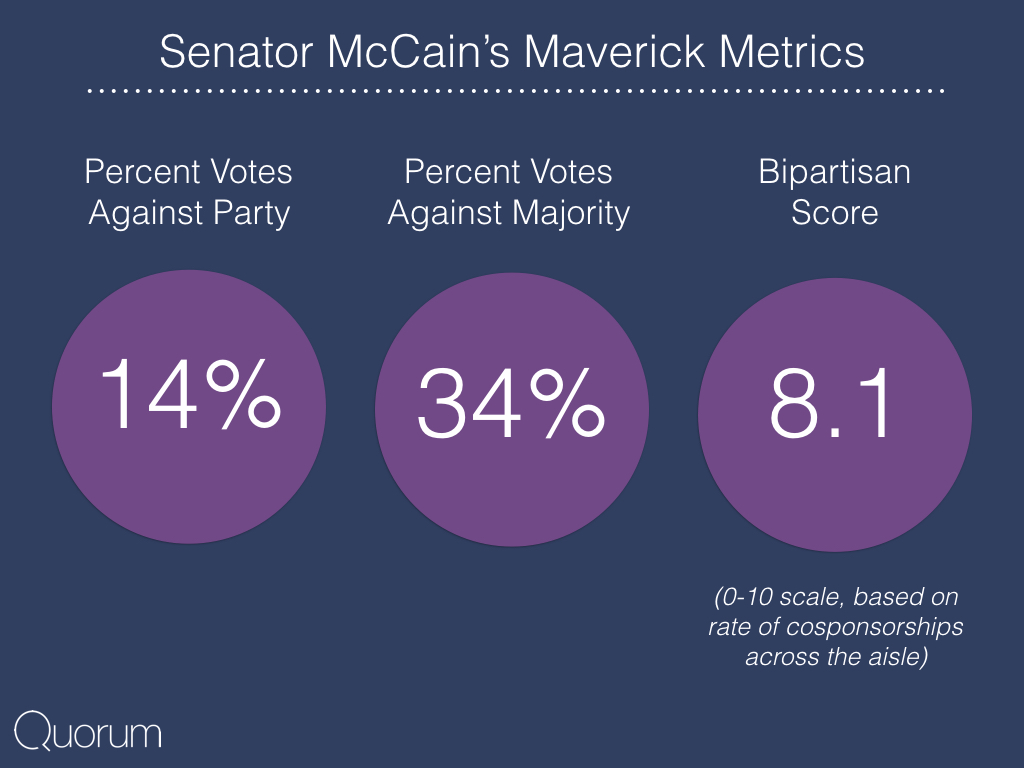 Numbers aside, if there's one quality Sen. McCain has embodied his entire career it's resiliency. As he's shown time and time again, there is always more work to be done.

Ramp Up Social Media in Your Grassroots Advocacy