In the 48 hours following the shooting in Alexandria, which left 5 injured including Majority Whip Steve Scalise, members of Congress issued over 1,800 statements — 500 more than the 48 hours after the firing of FBI Director Comey. Lawmakers expressed their support for the victims, condemned the tragedy, and honored the heroic acts of bravery by Capitol Police Officers Crystal Griner and David Bailey. We took a deeper look into how members of Congress reacted to the shooting through the language used in their statements and the policy conversations that followed.

An analysis of the top keywords used by lawmakers in their statements responding to the shooting reveals frequently mentioned terms like Rep. Scalise and Capitol Police as well as American, family, colleague, attack, prayer, officer, country, and together. 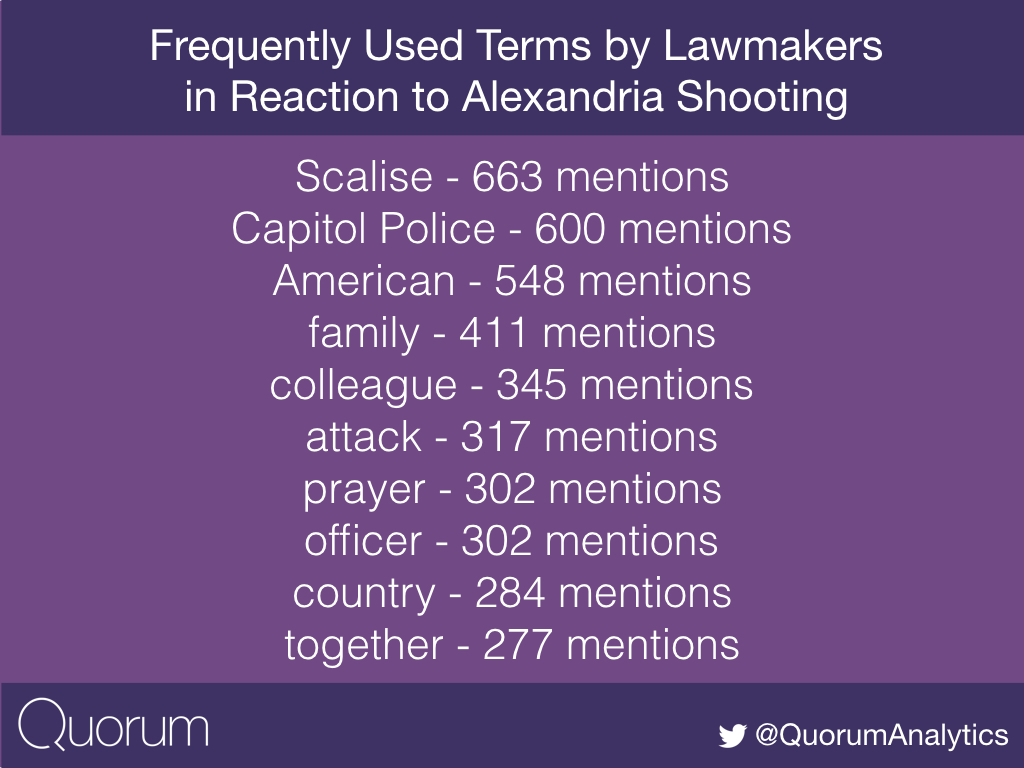 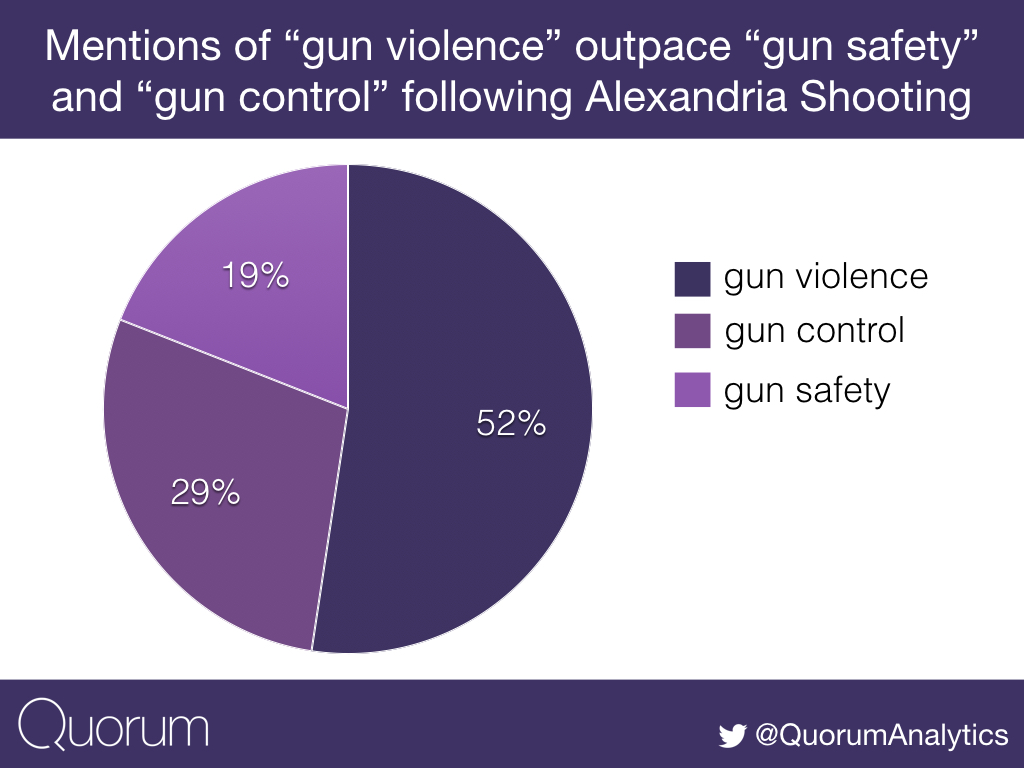 The day after the shooting, Rep. Thomas Massie (R-KY-4) introduced H.R. 2909 - “To require reciprocity between the District of Columbia and other States and jurisdictions with respect to the ability of individuals to carry certain concealed firearms, and for other purposes.” According to Del. Eleanor Holmes Norton of D.C., this is the 10th bill in 2 years attempting to change gun safety laws in DC.

United on the diamond

In the wake of the shooting, Republicans and Democrats rallied together in a powerful display of bipartisan spirit for the 80th Congressional Baseball Game. The emotional evening sent a message of unity and patriotism -- "Tonight, we're all on Team Scalise." The Quorum team was proud to be a part of the special night; for the second year in a row, we passed out our commemorative decks of congressional baseball cards.

Why Rep. Crist of Florida tweeted 63 times a day during Hurricane Irma