Senate GOP leaders officially released their version of a new health care bill aimed at repealing and replacing the Affordable Care Act. Within 24 hours, five Republican Senators came out in opposition to the bill including Sen. Cruz (TX), Sen. Paul (KY), Sen. Johnson (WI), Sen. Lee (UT), and Sen. Heller (NV). As questions begin to loom over Capitol Hill as to the likelihood of the Senate passing the GOP's bill, we took a deeper dive into how state legislators and governors are reacting to the new proposal. 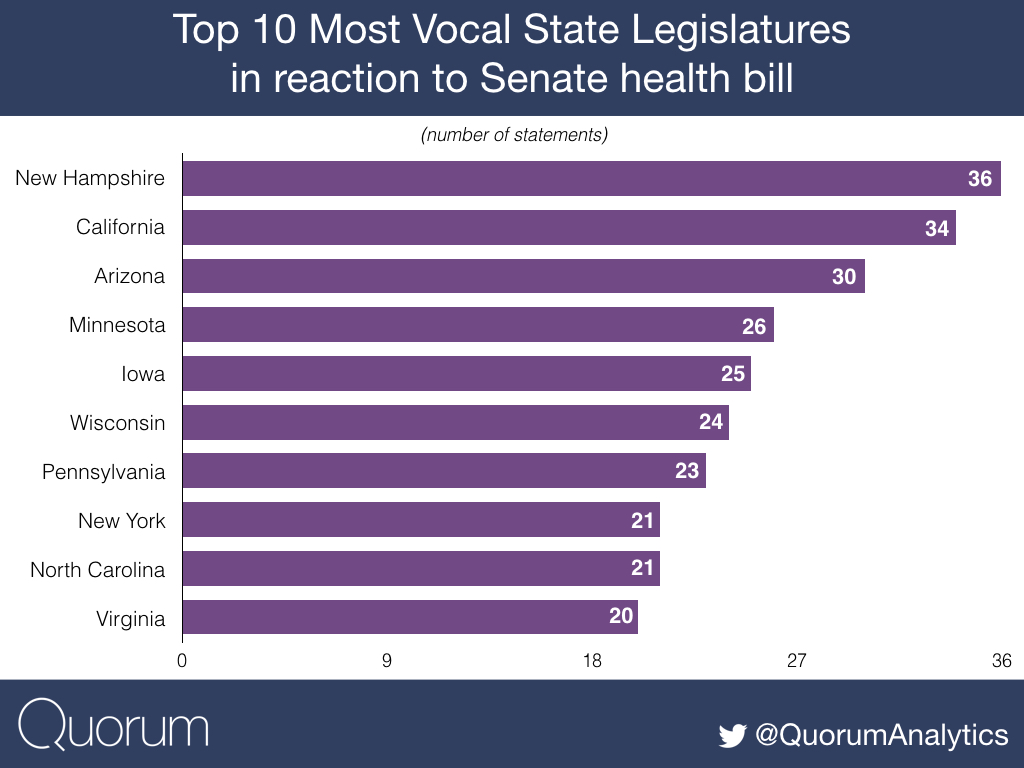 Taxes, Medicaid, and children lead the conversation amongst state legislators 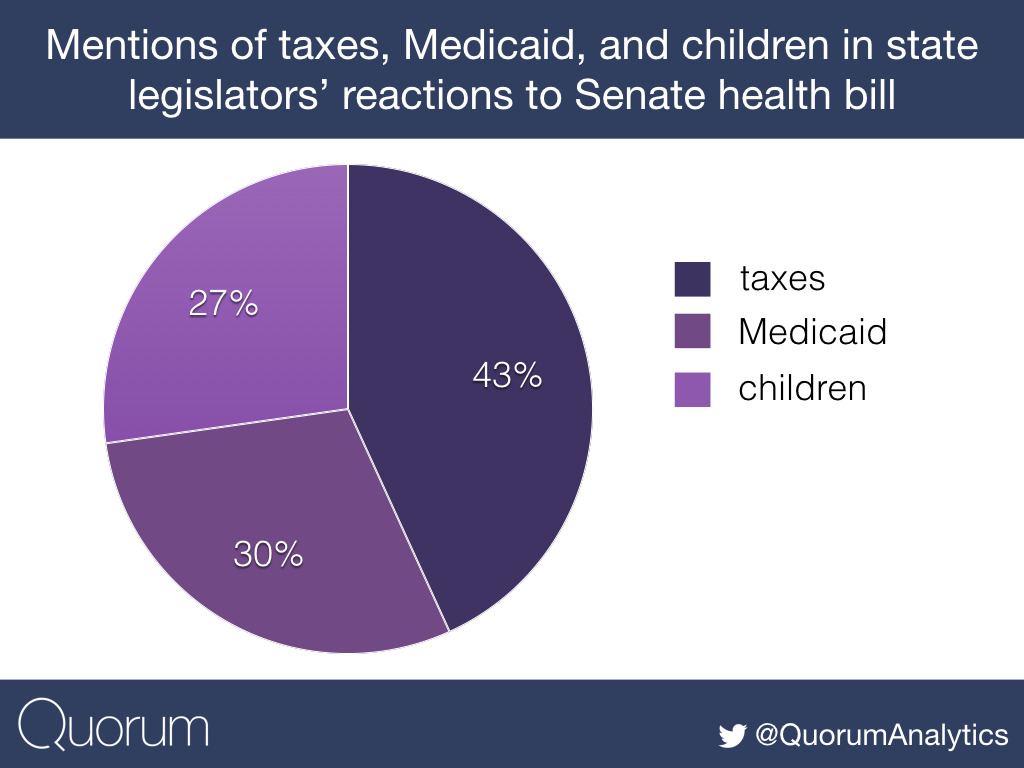 13 Governors from across the country issued a statement in response to the GOP’s new bill. Governor Wolf of Pennsylvania and Governor Brown of Oregon lead the conversation among Democrats with 6 and 4 statements respectively, while Governor Kasich of Ohio and Governor Herbert of Utah weighed in for Republicans.

Why Grassroots Advocacy is Critical for Engaging Policymakers While Social Distancing

Webinar: Five Proven Ways to Introduce Your Organization to a New Congress

How Advocacy Groups Can Shape a Message in Congress

2/3 of Congress references White Nationalism in reaction to Charlottesville