Last week, at the US Conference of Mayors, a bipartisan group of 250 mayors across the country voted to transition to 100% renewable energy in the next two decades. The commitment came in response to President Trump’s withdrawal from the Paris Climate Accord a little over three weeks ago. Climate change is just one of several issues city and county mayors have been vocal on in 2017. Following our announcement of Quorum Local, we analyzed the top 10 most vocal mayors on climate change, immigration, and health care.

There have been 1,285 mentions of climate by mayors on social media this year. Mayor Garcia (Long Beach, CA) is the most vocal mayor with 72 mentions followed by Mayor De Blasio (NYC) and Mayor Adler (Austin, TX) with 63 and 41 mentions, respectively. Mayors of St. Petersburg, FL, Pittsburgh, PA, Tallahassee, FL, San Francisco, CA, Santa Fe, NM, Somerville, MA, and West Hollywood, CA are all represented in the top ten. 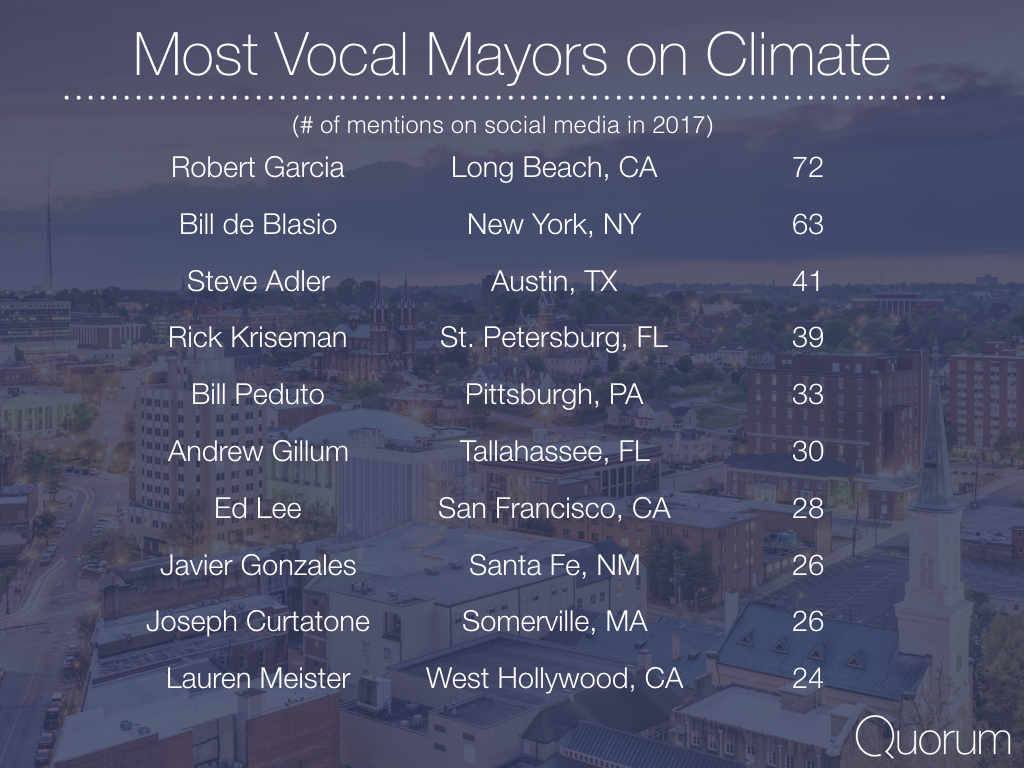 There have been over 2,000 mentions of immigration by mayors across the US on social media in 2017. Mayor De Blasio leads the pack with 134 mentions followed by Mayor Lee with 108 and Mayor Murray with 83. Other cities represented by their mayors in the top 10 include Austin, TX, Providence, RI, Los Angeles, CA, Somerville, MA, Santa Fe, NM, Philadelphia, PA, and Denver, CO. 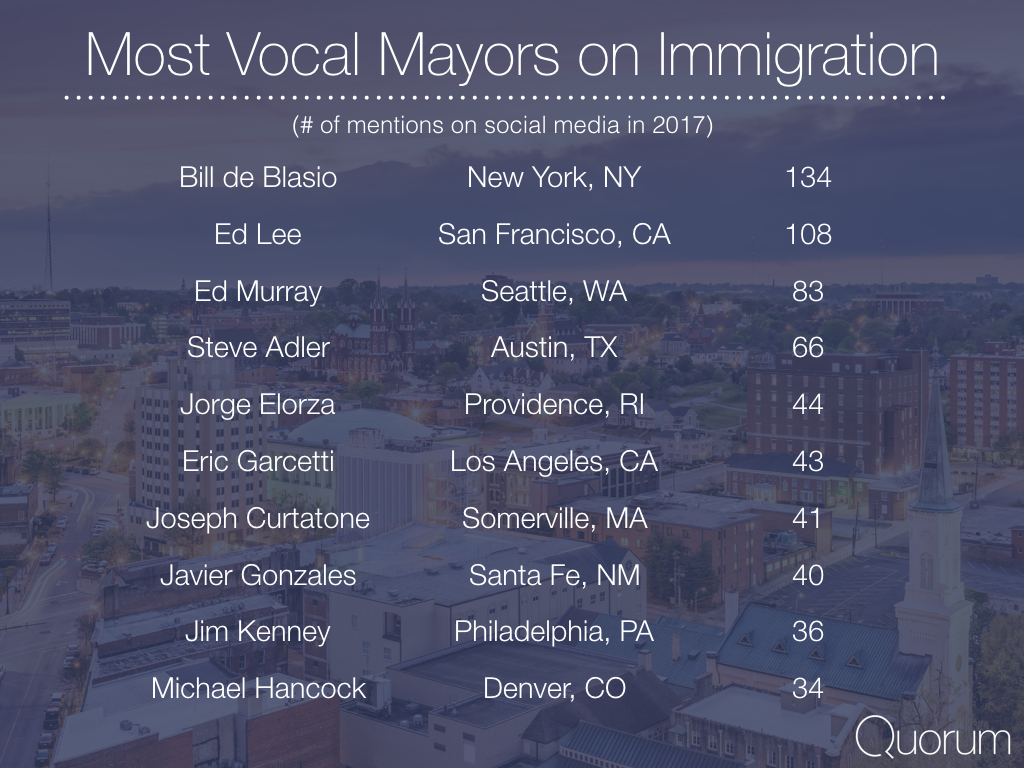 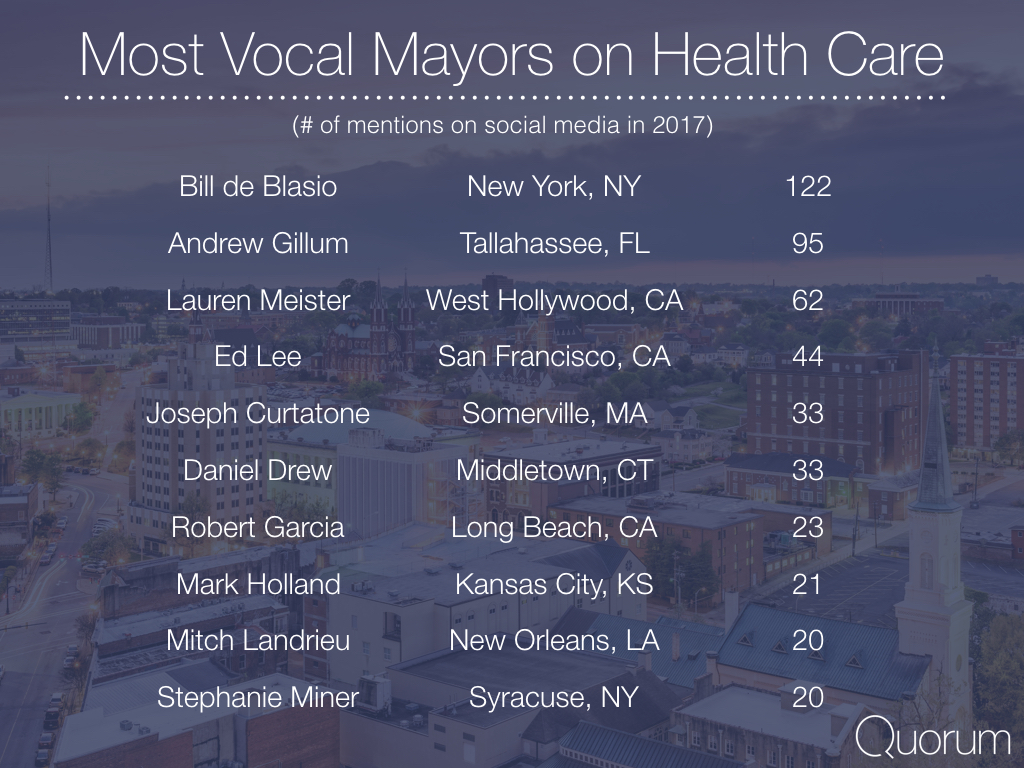 Congress on Social Media in 2019