Happy (belated) 4th of July! You may have received our 4th of July card outlining the legislative productivity of the past four presidents at this point in their first term. Inspired by our 100 Days Report, which found President Trump signed more laws than his most recent predecessors, our 4th of July Report revealed a dynamic shift in levels of legislative productivity following the 100 days mark. Take a look at how President Trump currently fairs against the past four presidents.

After leading at the 100 days mark, President Trump has now signed a total 49 pieces of legislation into law, placing him behind President Obama at 57, President Clinton at 63, and President H.W. Bush at 70 -- Trump still remains well ahead of President Bush at 38. 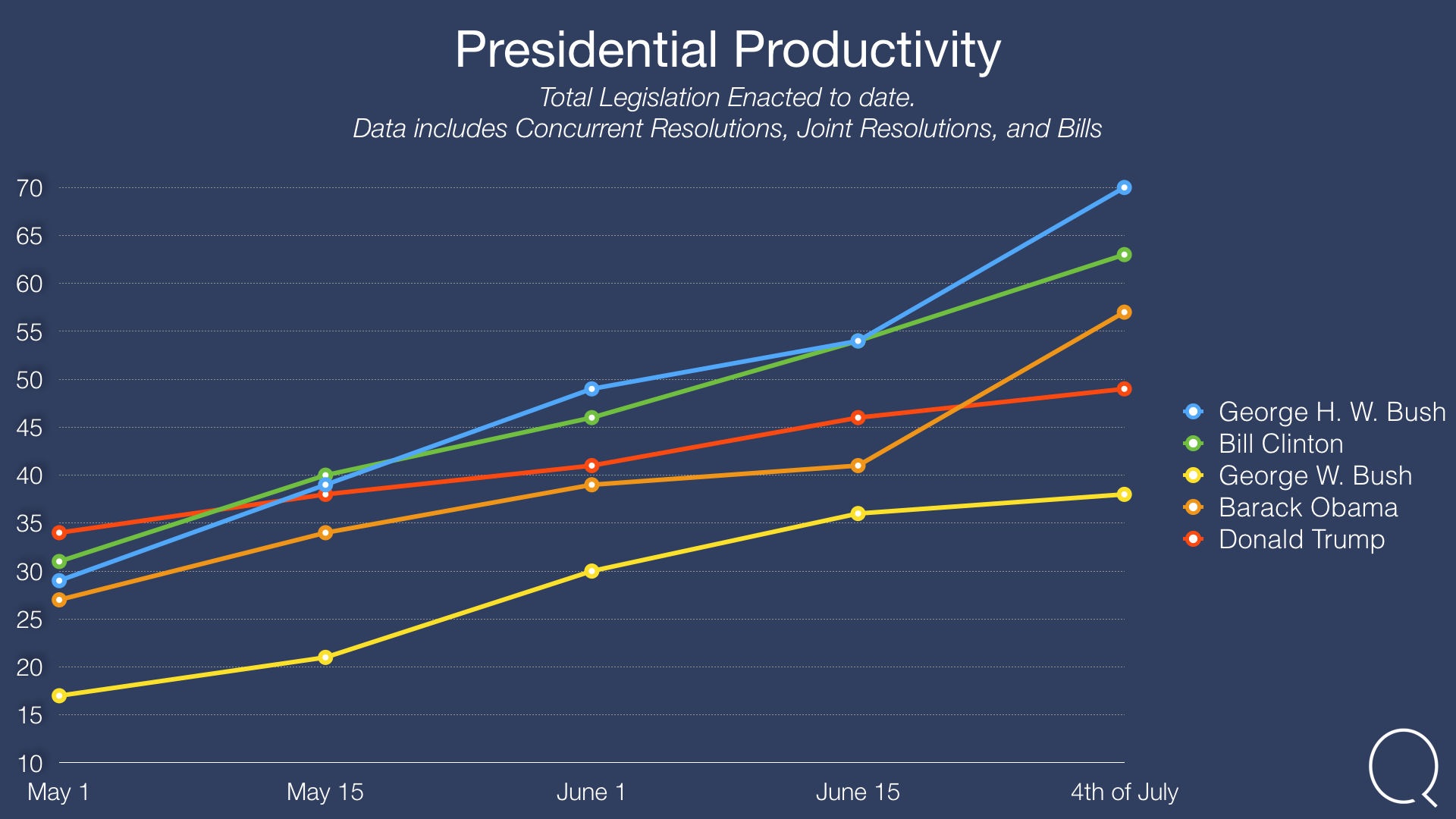 The 65 days between a president's 100th day and the 4th of July proved very productive for Presidents Obama, Clinton, and H.W. Bush. President Obama signed 30 laws and President Clinton signed 32 laws, which was slightly more legislation signed in 65 days than in their first 100 days. President H.W. Bush signed 41 laws between his 100th day and 4th of July, 12 more than the 29 he signed in his first 100 days -- all the while working with a Democratic-controlled Congress. 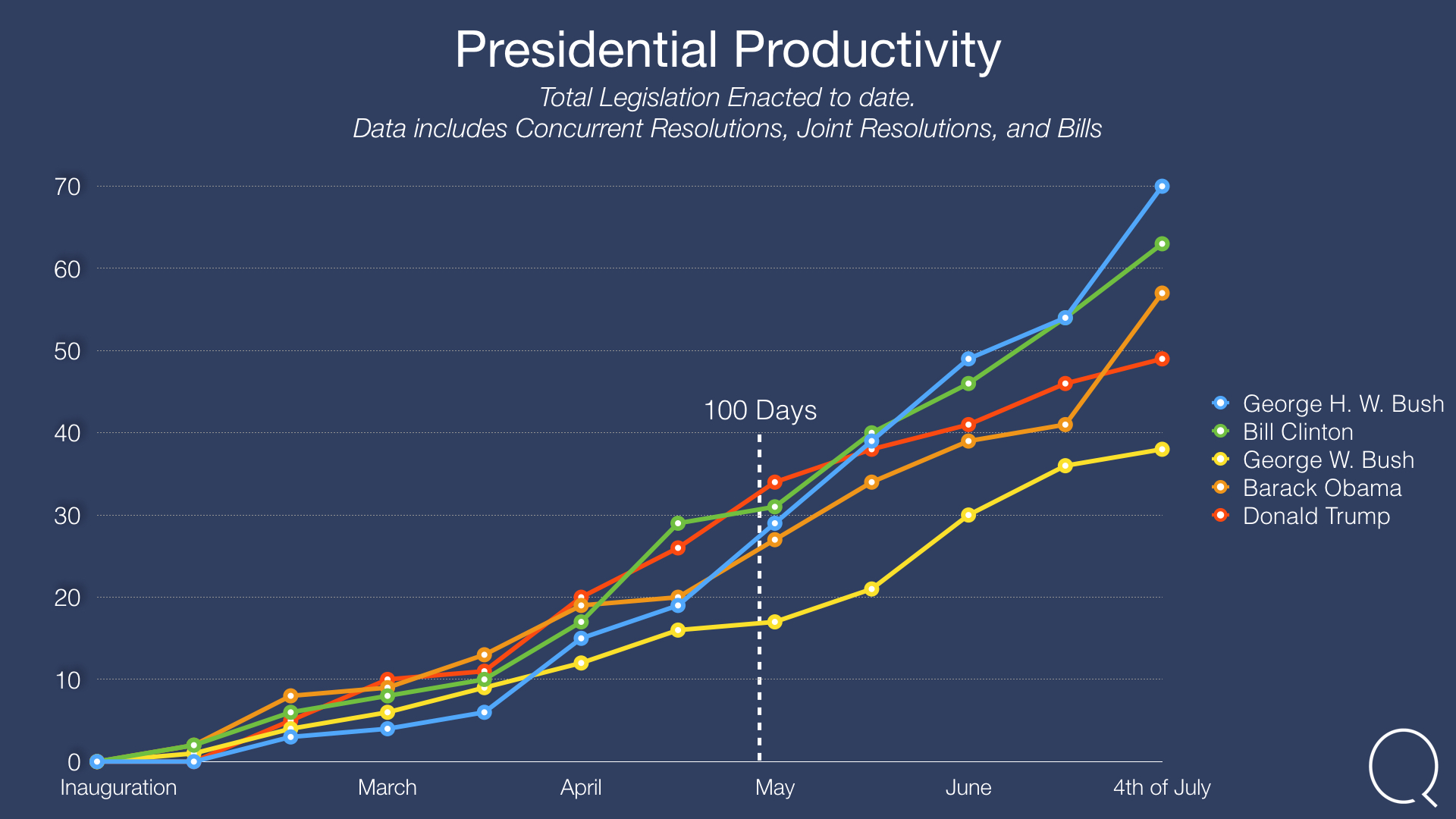 Historically, the August recess has served as a time for members to return home and visit with constituents. However, with ongoing debate over health care, the budget, and tax reform, at least 20 Republican lawmakers have called for the August recess to be cancelled. With less than a month left, a lot of legislating stands between members of Congress and their constituents.