What to Expect of Congressional Productivity Post-August Recess

Come Tuesday, Congress will hit the ground running on the final months of the first legislative session for the 115th Congress. Over the past eight months, the Republican party has held the unique advantage of controlling both chambers of Congress and the White House. Since 1993, there’ve only been 4 instances in which one party has maintained this level of control. As the 115th Congress returns to Washington, we explored the history of post-August recess productivity when one party has controlled Congress and the White House.

On average, 45% of bills enacted were signed post-August recess of each session

The 103rd, 108th, 109th, and 111th are the last four Congresses in which one party was in control of both chambers and the White House. On average, 103 bills were enacted during the months of September - December for both sessions of each Congress — amounting to 45% of all legislation enacted during that Congress. 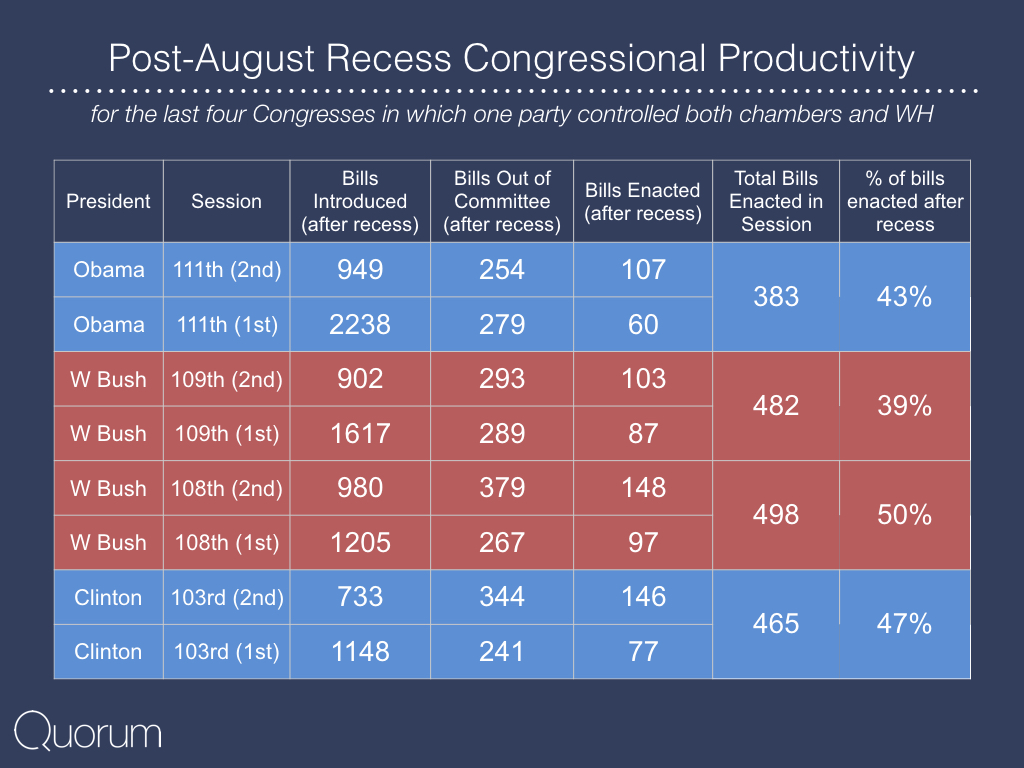 The 108th Congress signed 245 bills in to law during the months of September and December — accounting for roughly 50% of total legislation enacted during the entire Congress. 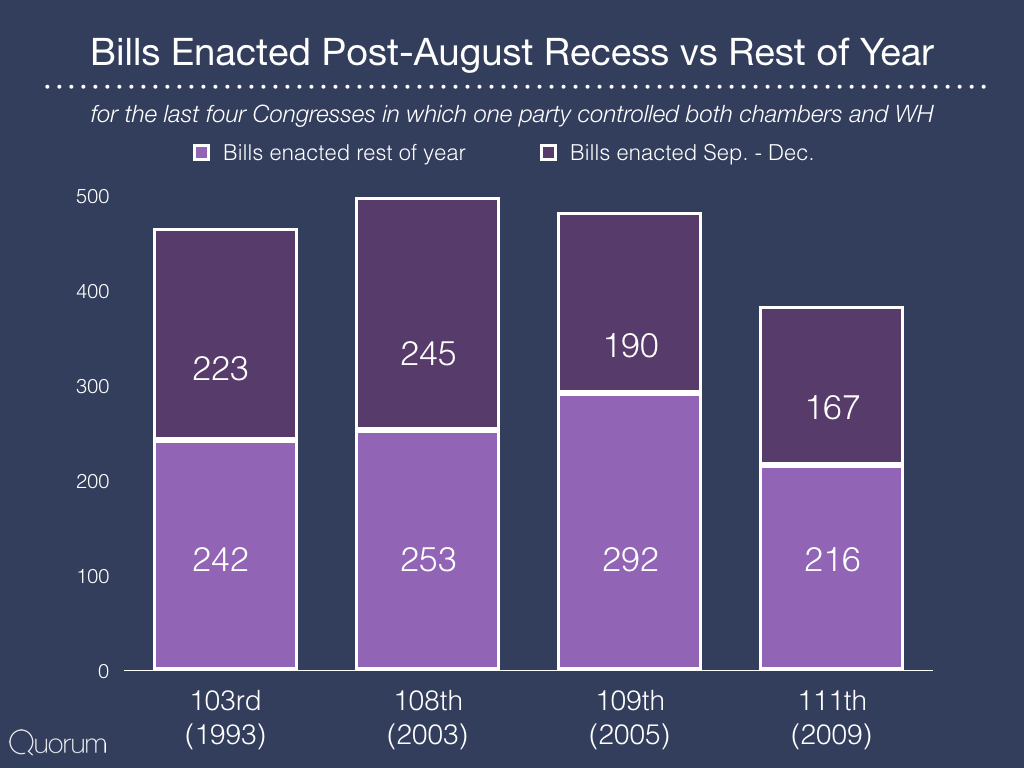 Of the aforementioned Congresses, the average number of days in session between September and December of the first legislative session was 52 days. Currently, the 115th Congress is scheduled to be in session for 65 days this fall. 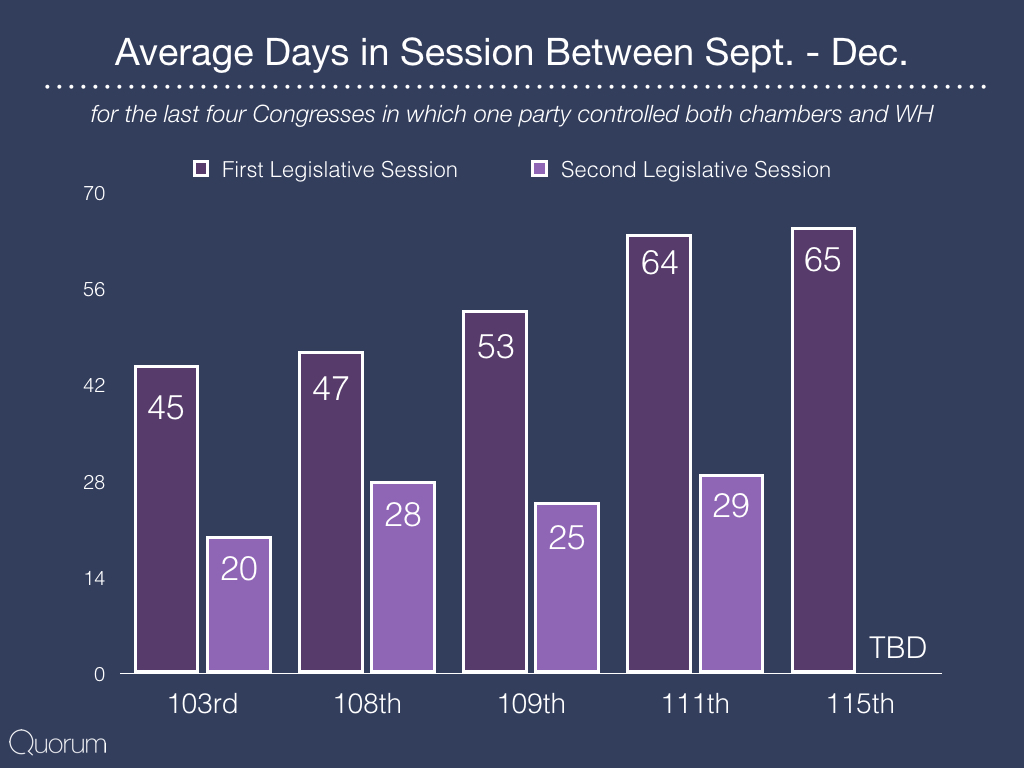 Most Vocal Governors on Issues Facing States in 2018