Want to Get Stuff Done? John Hickenlooper Says to Look to Governors

“I love governors. They’re not as partisan as Washington. We’ve got to get stuff done." —John Hickenlooper, Governor of Colorado

Colorado is a quintessential purple state. Voters have supported the Republican presidential candidate 17 of the last 25 years, but the Democratic candidate in each of the last three presidential elections. Republicans currently hold a one-seat majority in the state senate, but Democrats hold a nine seat majority in the state house. Having experience working with a split legislature, Democratic Colorado Governor John Hickenlooper shared with Quorum three ways governors can work outside of party frameworks and “get stuff done” for his or her state.

As the governor does not have the power to introduce legislation or cast a vote in the House or Senate, it is his or her job, according to Hickenlooper, to bring people together over an issue.

“We really have to bring people together and be the catalyst because you don’t have enough executive authority to really force these issues,” Hickenlooper told Quorum.

In 2014, Hickenlooper and the Colorado legislature passed regulations to reduce air and climate pollution by the state’s oil and gas industry—legislation that was supported by both the oil industry and environmental groups such as the Environmental Defense Fund. For Hickenlooper, getting businesses on board with legislation is an especially effective way for legislation to come about in a nonpartisan way.

“I went to the three largest oil and gas companies and said, you guys are going to lose the battle of public opinion and social contract,” Hickenlooper said. “I think you should willingly come and be part of a negotiation and help us make a regulatory framework.” 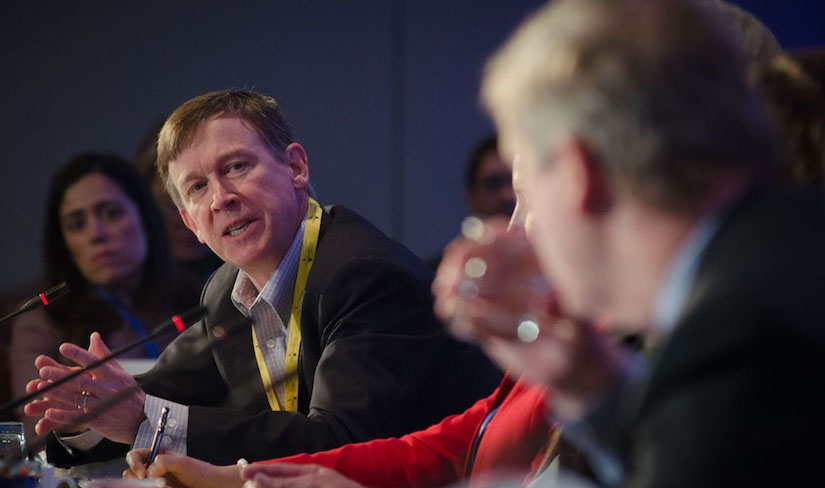 Get a Pulse of Constituents

Because of Hickenlooper’s ability to spread his time throughout the state and have staff in different regions of Colorado, he’s able to get a consistent and accurate pulse of what his constituents are looking for out of their governor.

An example of the success of this process came when Hickenlooper took office in 2011 and started a process of crowdsourcing goals for economic development in the state.

“We said we’re doing an economic development plan for the whole state but we don’t want to tell you what it’s going to be,” Hickenlooper said. “We’re going to spend six months just going out and listening, so we went to all the counties and said what kind of an economy do you want to see in your county in 10 years, 25 years, 50 years.”

From this exercise, Hickenlooper identified ways he could reduce bureaucracy, provide a better system for workforce development, and expand Colorado’s economy beyond the tourism industry.

“From all that, we came up with the mantra that we wanted Colorado to be the best, the most pro-business state in America but with the highest standards—the highest environmental standards, the highest ethical standards,” Hickenlooper said. “I think that allowed us to create and really connect with businesses all over the state, feel like they had a voice.” 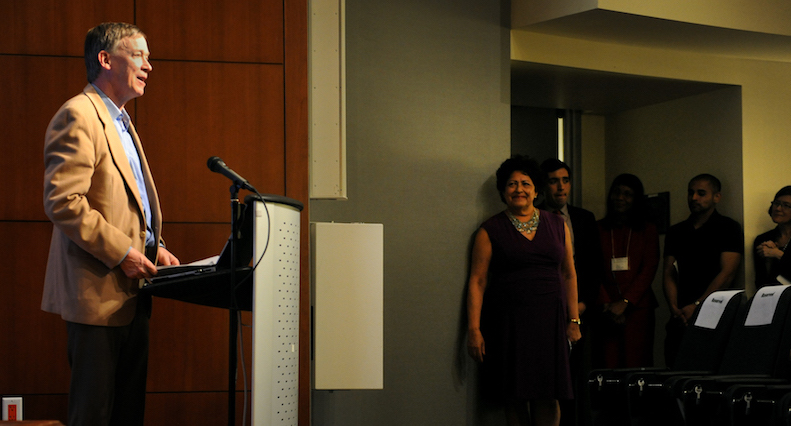 For Hickenlooper, the unique factors and dynamics in each state also give the governor important leverage that Washington lacks, as they can help support ideas that fit specifically with their state, but may not be ideal nation wide.

“When Justice Brandeis said states are the laboratories of democracy, I think he was pronouncing a truth, a subtle but an important truth,” Hickenlooper told Quorum. “Whenever you try to do things through legislation or various regulatory processes, from a central space, a great distance from where those decisions are going to be impacted, you almost always make mistakes. There is so much variations in the states.”

With Washington gridlocked over issues such as tax reform and health care, many are looking to the states as an opportunity to see more efficient and effective change, and governors play an important role in that.

“I do think that with all the turbulence in Washington that governors are becoming more important and I say that as a governor that is about to be term limited out in 13 months,” Hickenlooper said. “I think the country needs to go back towards that.”

—Behind the Desk is produced by Communications Associate Theresa Hebert. Reach out at theresa@quorum.us.

How the Sierra Club Manages State Bill Tracking in Quorum