The Latest News from Quorum

Quorum is public affairs software that helps users work smarter and move faster. Thousands of public affairs professionals use Quorum for their work in Congress, all 50 state legislatures, major U.S. cities, the European Union, and several additional countries. Quorum works with corporations, trade associations, and nonprofits such as Toyota, Walmart, Uber, the Sierra Club, the Alzheimer’s Association, and the Air Force. Founded in 2014, Quorum is headquartered in Washington, D.C. with an international office in Brussels. 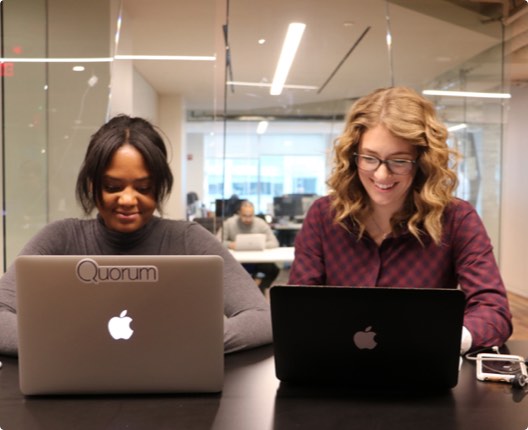 Quorum in the News

Lobbyists Have a New Secret Weapon

Who will decide which party controls the House? Whiter, wealthier Americans

The ‘Moneyball’ effect on K Street: The Influence Game Gets Scientific

How You Can Measure a Senator as a Presidential Contender

Whether you’d like to write about Quorum, have a member of Quorum’s executive team speak at your event, or use our data for your political reporting, we’d love to connect. For more information, please contact Quorum’s Communications Manager, Theresa Hebert, at theresa@quorum.us