Editor's note: this post was published on December 20, 2016. For a more updated version that details bipartisanship and productivity trends in Congress including 2017, visit our most recent report. For weekly reports on congressional productivity, visit Quorum's Weekly Congressional Productivity Index.

WASHINGTON— The 114th Congress came to a close earlier this month. Congressional productivity during the last two years increased from the 113th Congress, but still lagged behind historical averages.

Members of Congress introduced a total of 10,078 bills in the 114th Congress and sent 329 of those to President Obama. While this represents a marked increase from the 113th Congress’ 8,911 introduced bills and 282 bills sent to the President, it was still the fourth worst number of bills sent to the President out of the last 14 congresses and below the historical average of 396. 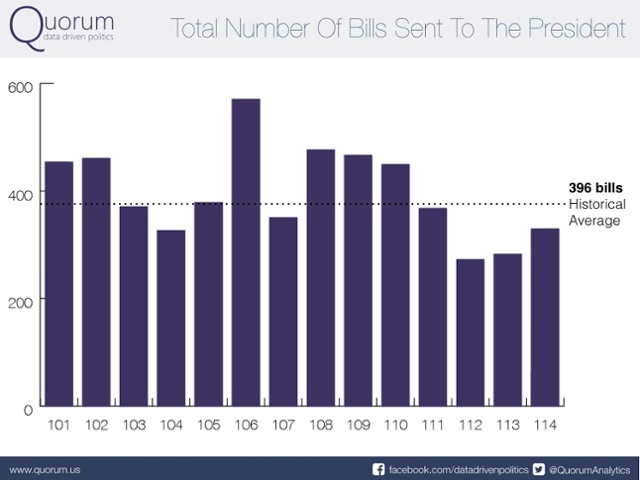 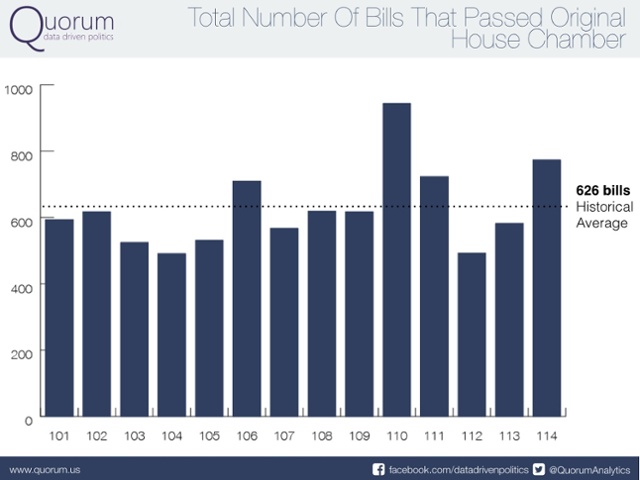 - The 114th House surpassed the 111th House which considered 739 bills on the floor and passed 722 bills through the chamber.

- The 110th House holds the record for most number of bills considered on the floor and passed by the chamber at 967 and 943 respectively.

Passing just 29% of House Bills sent to the chamber, the U.S. Senate set a new record for the lowest percentage of House bills passed by the Senate. The 113th Senate passed 36% of House Bills while the previous lowest record was 34% in the 110th Congress at the end of the Bush Administration. 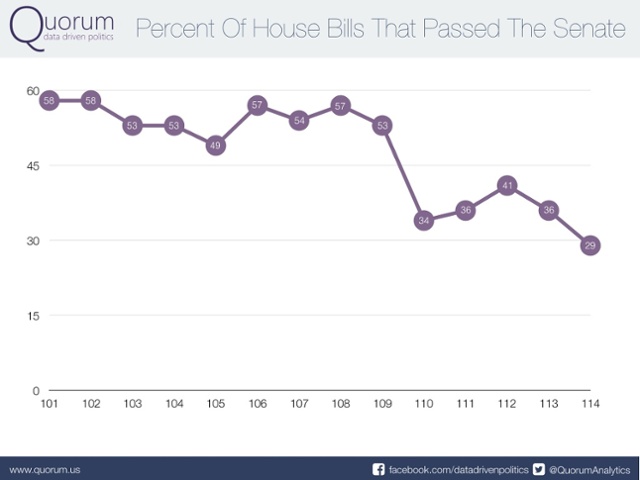