Bipartisanship in Congress has decreased 30% over the past 29 years. In 1989, nearly 35% of all bills introduced in the first legislative session had bipartisan support. That number fell to an all-time low of 21% in 2011, and has stabilized around 24% in 2017. Below is a summary of this trend, among others, featured in a new report on activity and bipartisanship across nearly three decades of Congress.

The rate of a member cosponsoring a member of the opposite party has dropped 30% since 1989. 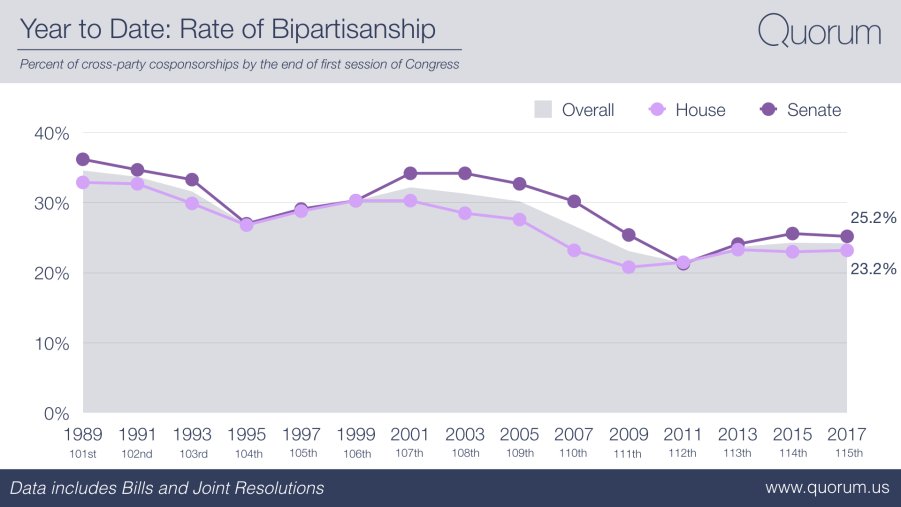 The 115th Congress introduced 7,162 bills in 2017 — the third highest of the past fourteen Congresses. 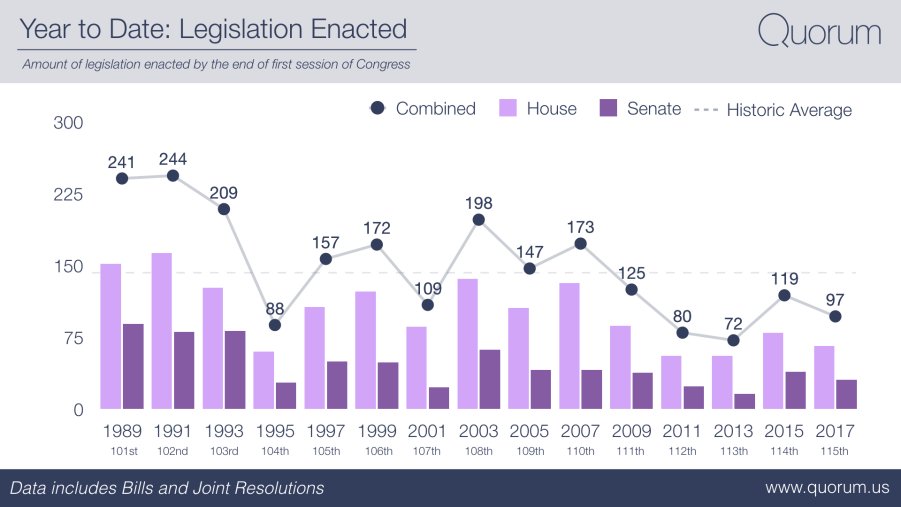 The 115th Congress enacted 97 bills in 2017 — the fourth fewest of the past fourteen Congresses. 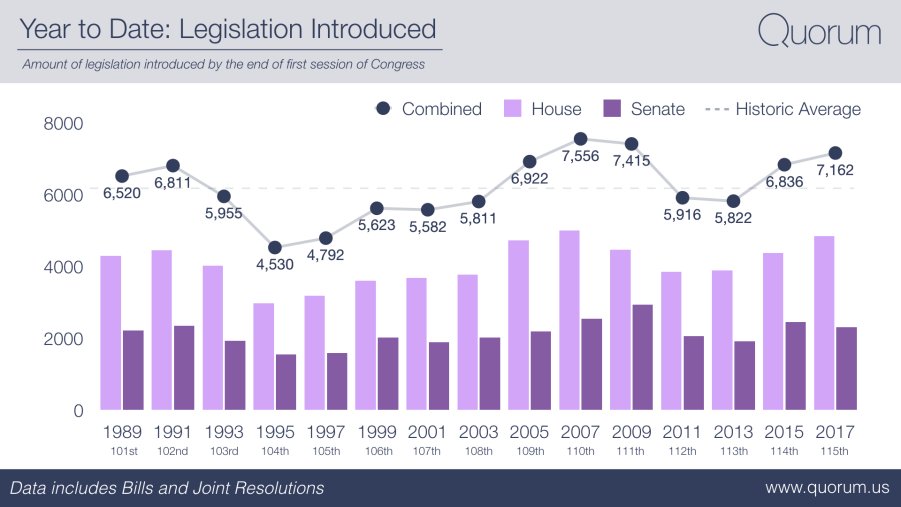 Creative Ways to Use Grassroots Actions for Your Legislative Strategy