Today, women in Congress will take the field with women from the newsroom to compete in the 10th Annual Congressional Women's Softball Game. Over the past decade, the Congressional Women’s Softball Game has raised nearly one million dollars for the Young Survival Coalition (YSC), the premier global organization dedicated to the critical issues unique to young women who are diagnosed with breast cancer. In the spirit of the game, we took a look at the members of congress who've been championing cancer-related legislation and dialogue during the 115th Congress:

The top 10 most active sponsors and cosponsors of cancer-related legislation this Congress are all Democrats. Of these top 10 legislators, three are women and seven are men. 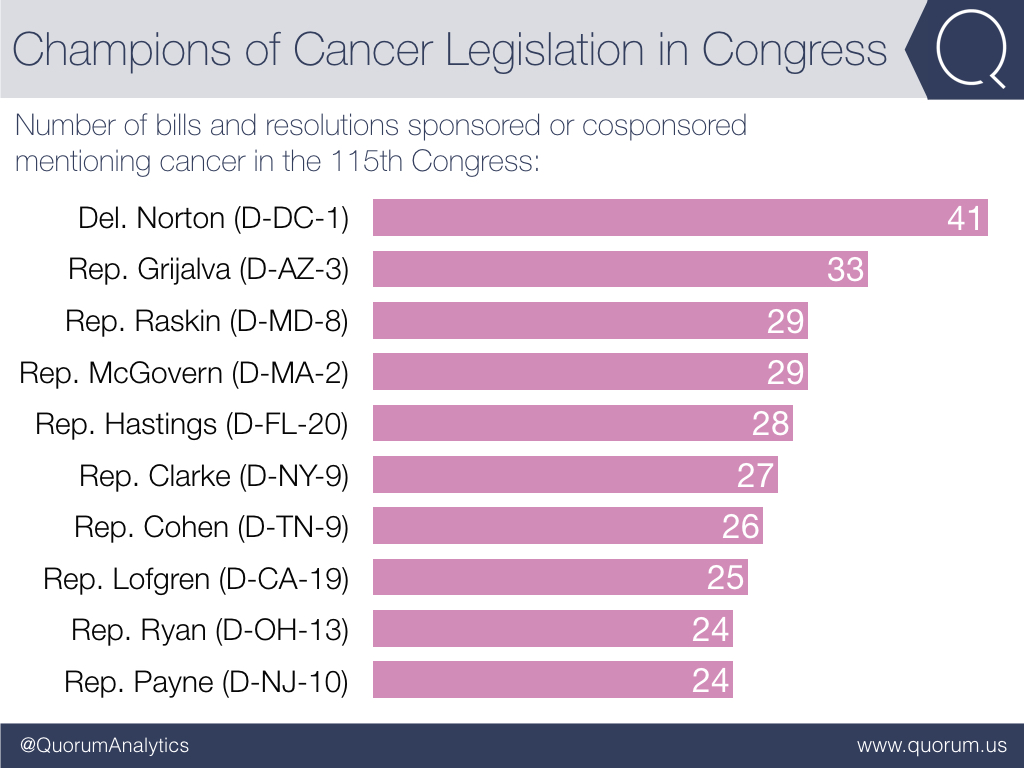 Rep. McCaul (R-TX-10) and Rep. Wasserman Schultz (D-FL-23) lead their parties as the most vocal members on cancer this session. 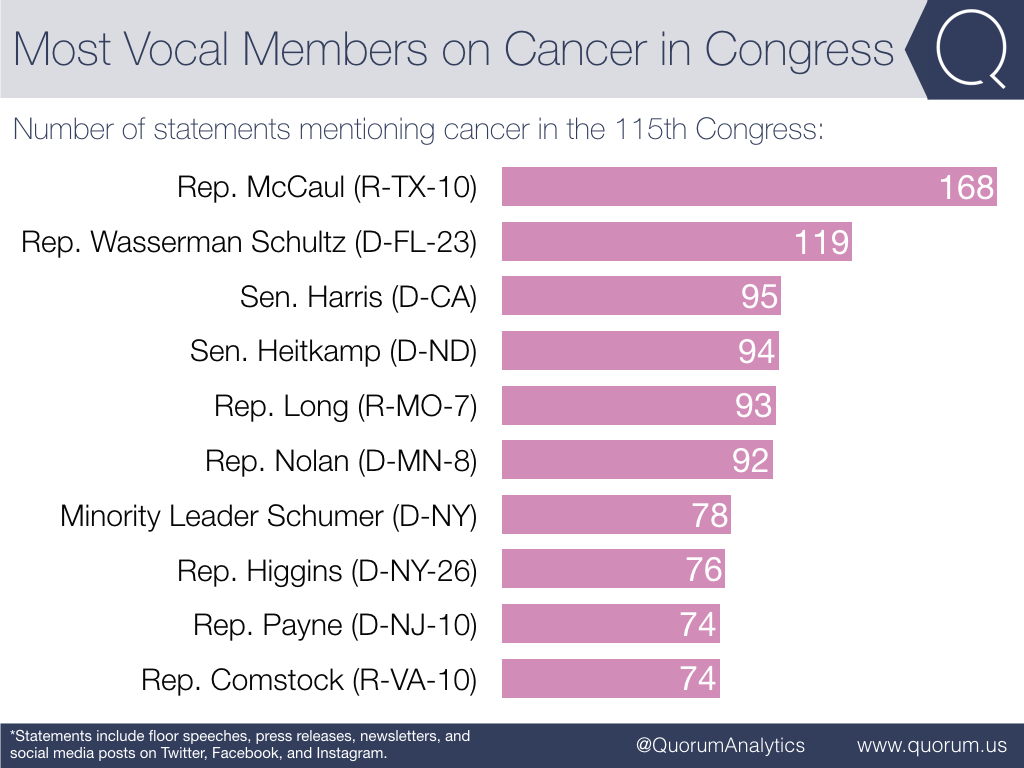 Combined, members of the 2018 Congressional Softball Team have mentioned cancer over 500 times this session.

Congresswoman Wasserman Schultz, herself a cancer survivor, serves as Team Captain for tonight's game and also leads her team with the most mentions of cancer this Congress. 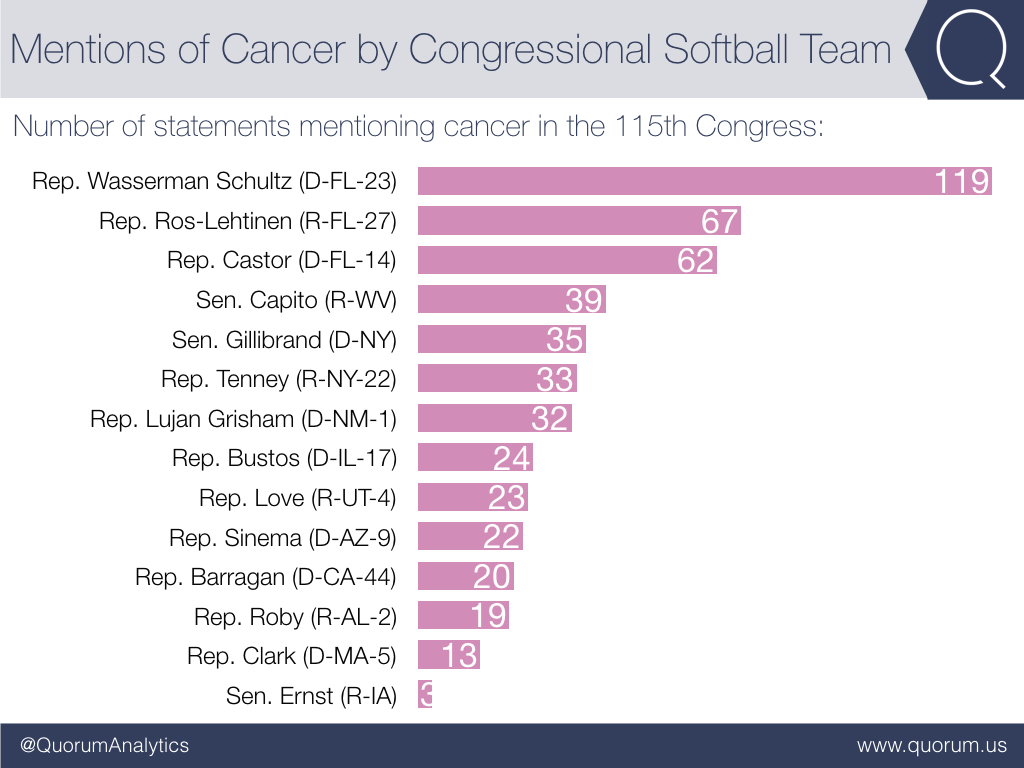 Hashtags from last summer's healthcare debate are among the most frequently used in tweets about cancer during the 115th Congress.

#trumpcare, #protectourcare, and #aca all make their way into the top five most frequently used hashtags in tweets about cancer by legislators. Congressman McCaul’s bipartisan STAR Act, signed into law on June 6, also makes an appearance in the top 10 hashtags. 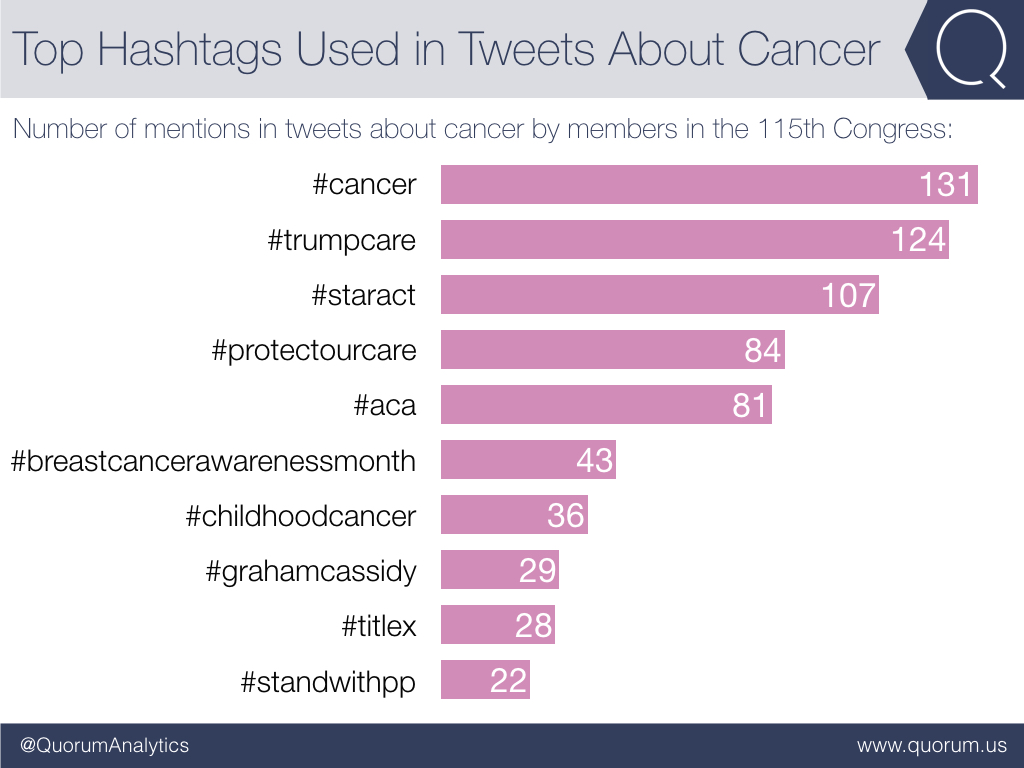 The Importance of Local Tracking During the Coronavirus Outbreak