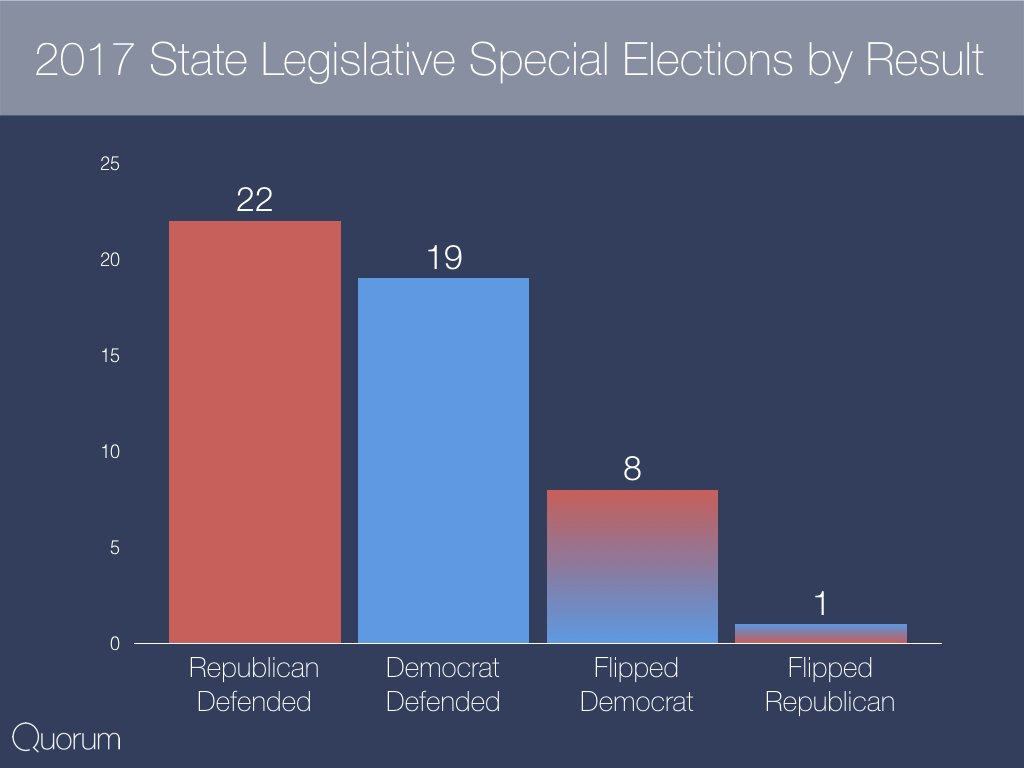 Of the eight Republican-held seats that Democrats flipped, seven of them voted in favor of President Trump and one in favor of Secretary Clinton. In those seven districts that went for Trump, the newly elected Democratic state legislator averaged a 13 point swing in percentage of the vote won. 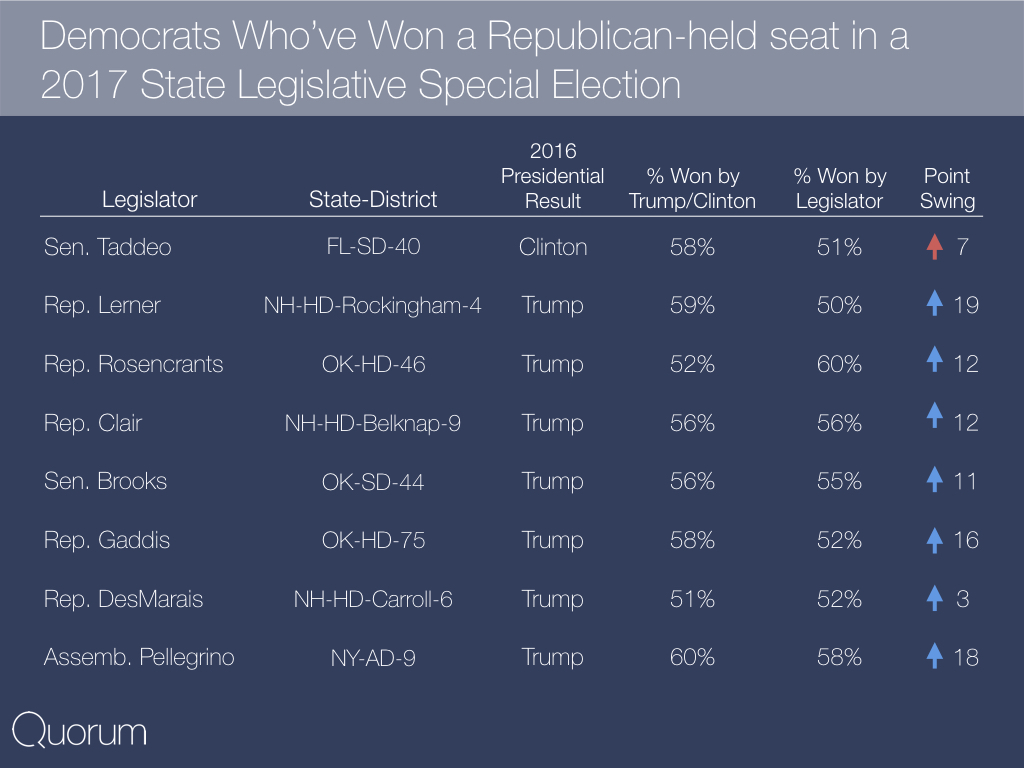 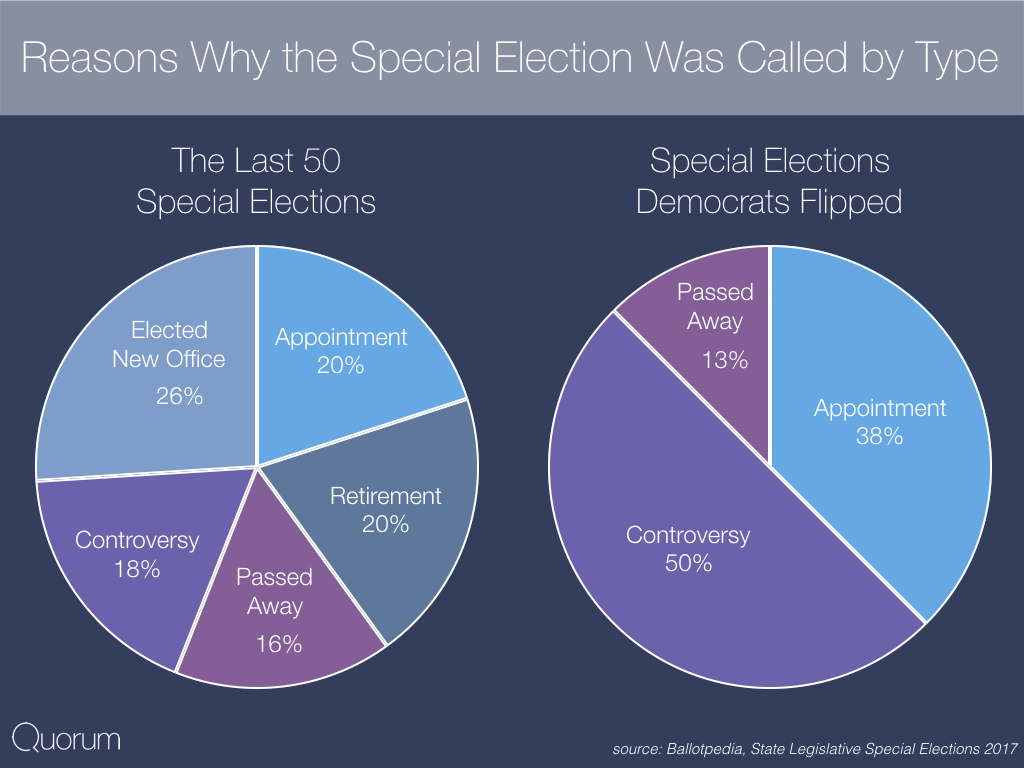 How Congress Talks About Unions