The GOP tax bill has arrived. Coming in at 429 pages, the “Tax Cuts and Jobs Act” marks the most comprehensive rewrite of the U.S. tax code since the 1986 Tax Reform Act. Over the past 10 months, members of Congress have mentioned tax reform over 10,800 times in press releases, floor statements, newsletters to constituents, Dear Colleague letters, and social media posts. Here’s a look at how those statements have shaped the tax debate along party lines: 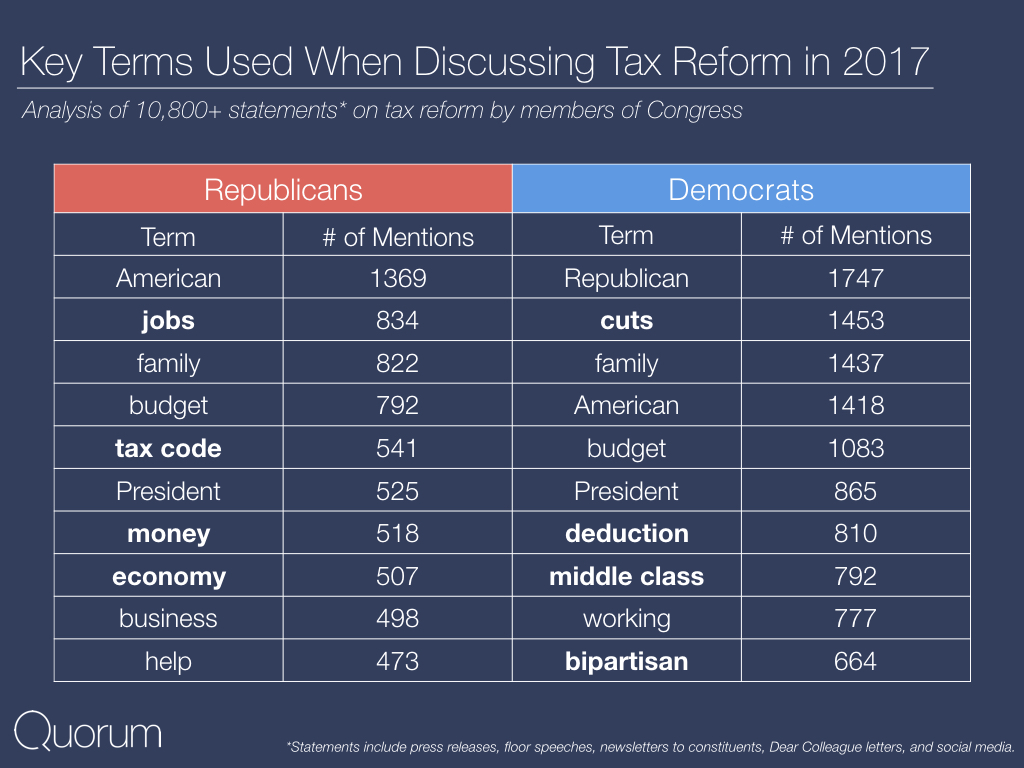 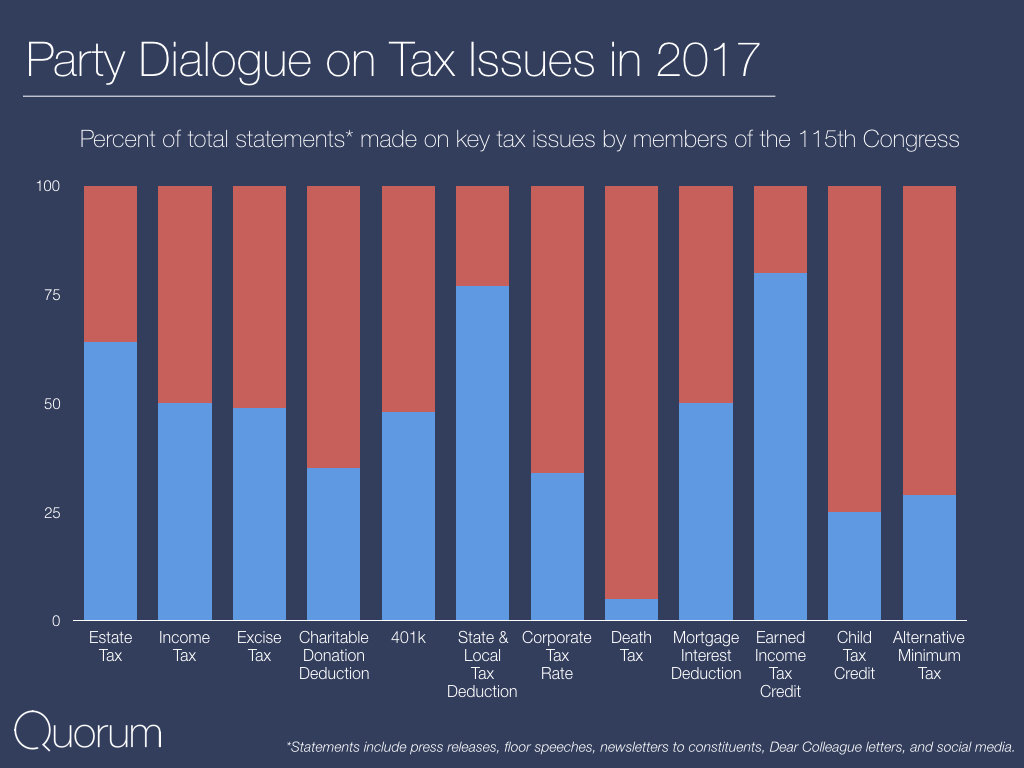