At 12:01 am on Friday morning the government shutdown. A vote to fund the government before midnight was delayed when Sen. Paul (R-KY) took to the floor to argue for stricter budget caps and the removal of the bill’s debt-ceiling measure. An hour and 52 minutes later, the Senate would go on to pass the budget 71 to 28 and, after a brief standoff, the House followed suit at 5:30 am — 241 to 186. However, Sen. Paul is not the only lawmaker who's been raising flags on Congress' handling of the national debt and deficit over the past year. Here's a look at the top ten most vocal members on the debt and deficit during the 115th Congress alongside how they voted on yesterday's Bipartisan Budget Act of 2018:

Five of the top 10 most vocal senators on the debt and deficit voted in favor of the budget deal.

Combined, Minority Leader Schumer (D-NY) and Senators Perdue (R-GA), Brown (D-OH), Van Hollen (D-MD), and Durbin (D-IL) have mentioned the debt and deficit in 445 statements this Congress, and each voted in favor of the budget deal. Sen. Paul has been the second most vocal member in the chamber with 112 statements, succeeded by Sen. Sanders (I-VT) with 145. 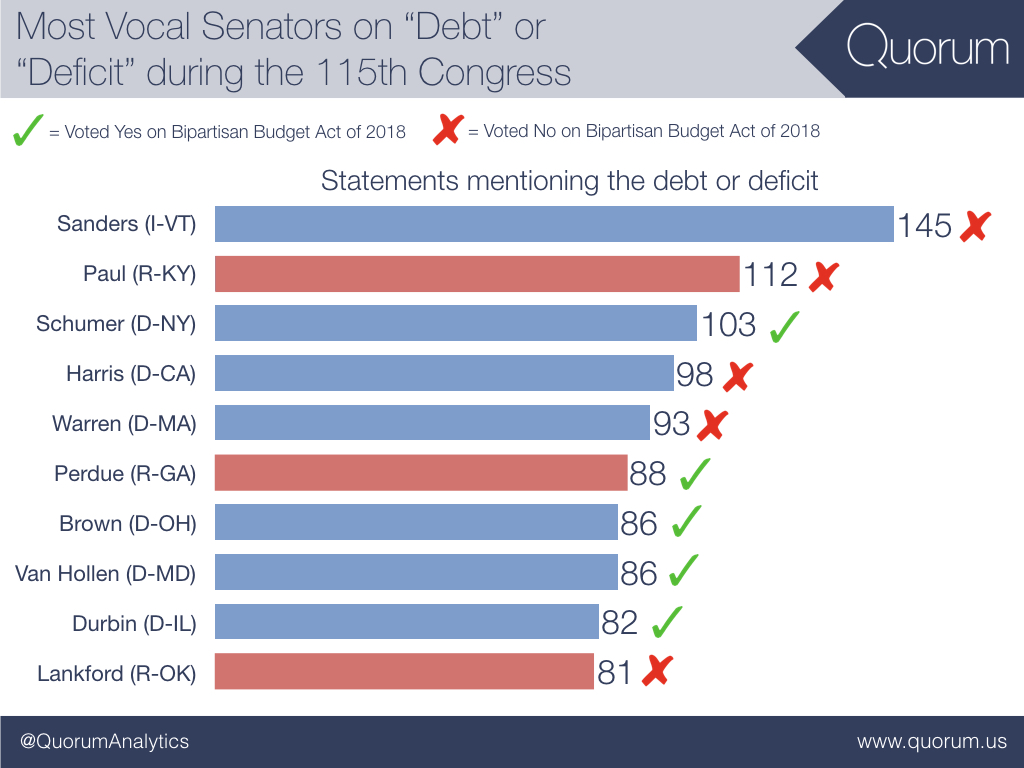 Eight of the top 10 most vocal representatives on the debt and deficit are Democrats.

While coalitions of House Republicans, like the House Freedom Caucus, have historically been the most vocal on the debt and deficit, eight of the ten most vocal House members on the issue this Congress are Democrats. Freedom Caucus member Rep. Sanford (R-SC-1) cracked the top five with 115 statements. Reps. Kaptur (D-OH-9) and McCollum (D-MN-4) were the only members of the top 10 to vote in favor of the budget deal. 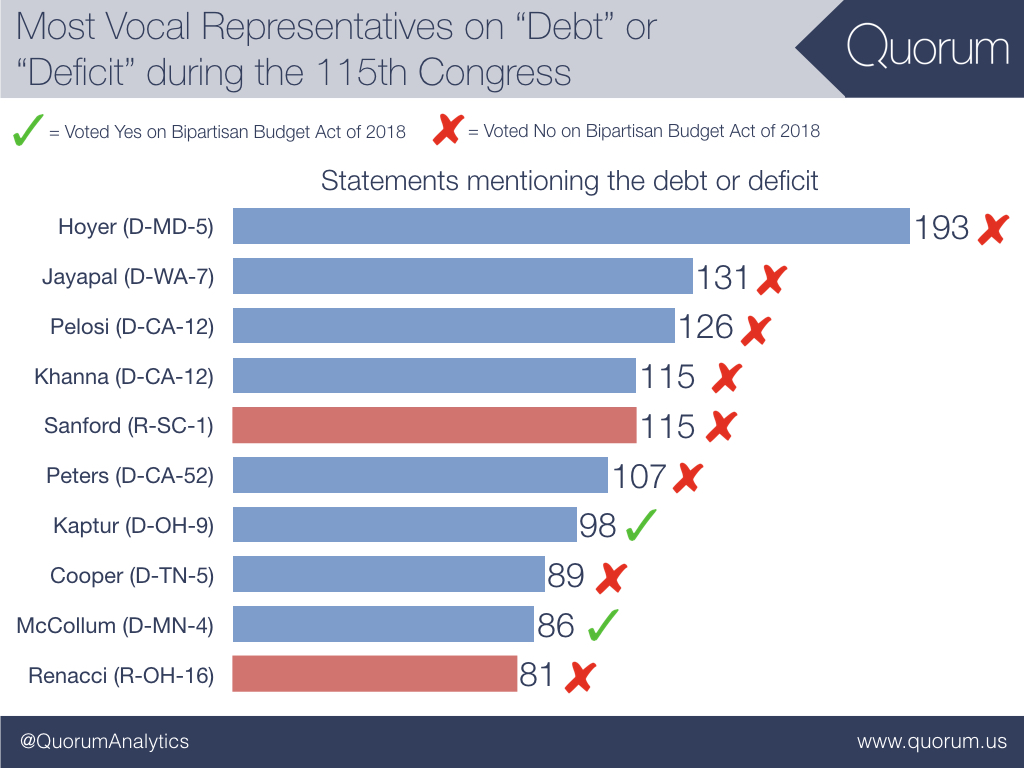 An Engineer's Approach to Finding Cosponsors in Congress