In the Wake of Parkland Shooting, Immigration Dialogue Quiets

It's been 18 days since a gunman killed 17 students and teachers at Marjory Stoneman Douglas High School in Parkland, Florida. Prior to the shooting, debate over immigration reform dominated congressional dialogue but as the Associated Press put it earlier this week, Washington's immigration debate has faded from blistering to back burner. Here's a look at the shift in dialogue in Congress from immigration to gun reform since the shooting:

Note: Statements include press releases, floor statements, newsletters to constituents, and posts on Facebook and Twitter (including retweets).

Prior to February 15th, there was barely any dialogue about gun reform in Congress as the debate over immigration dominated the discussion—peaking at over 400 mentions on 2/7. However, in the weeks following the shooting, daily mentions of gun reform by Congress was nearly double that of immigration. 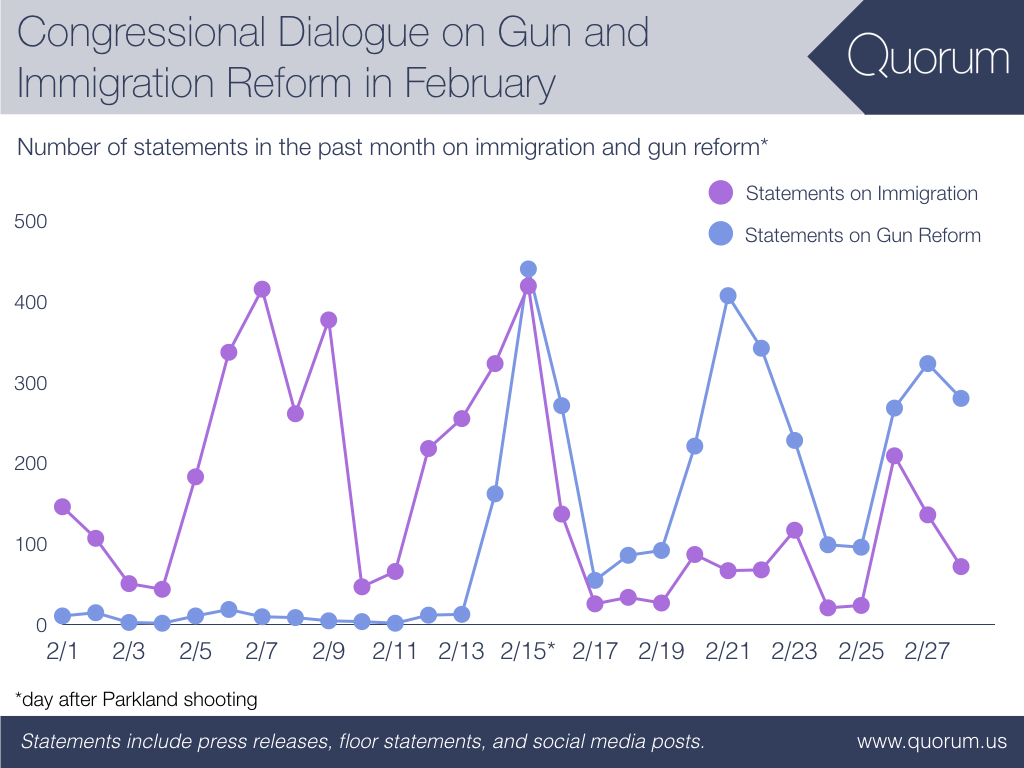 Rep. Beyer (D-VA-8) has been the most vocal on guns, with 195 statements since the Parkland shooting on February 14th.

With 90 statements, Rep. Deutch (D-FL-22), who represents Marjory Stoneman Douglas High School, has been the second most vocal member of Congress on guns since the shooting. Connecticut Senators Blumenthal and Murphy, who were both serving in the Senate at the time of the Sandy Hook Elementary School Shooting, are also among the top 10 most vocal members on guns since Parkland. 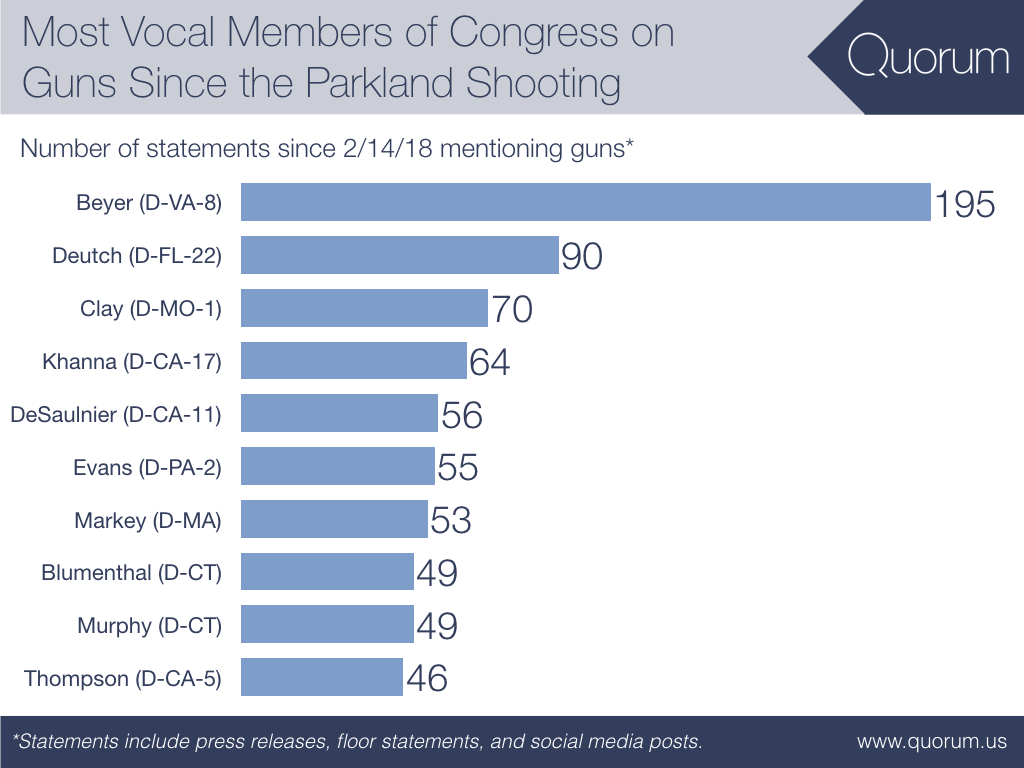 Senators Grassley (R-IA) and Lankford (R-OK) are the only two Republicans represented in the top 10 most vocal members on immigration over the past couple of weeks. Overall, gun reform has been mentioned nearly twice as much as immigration reform since the shooting at Marjory Stoneman Douglas, with 3,710 statements by members of Congress compared to 1,881 mentions of immigration reform. 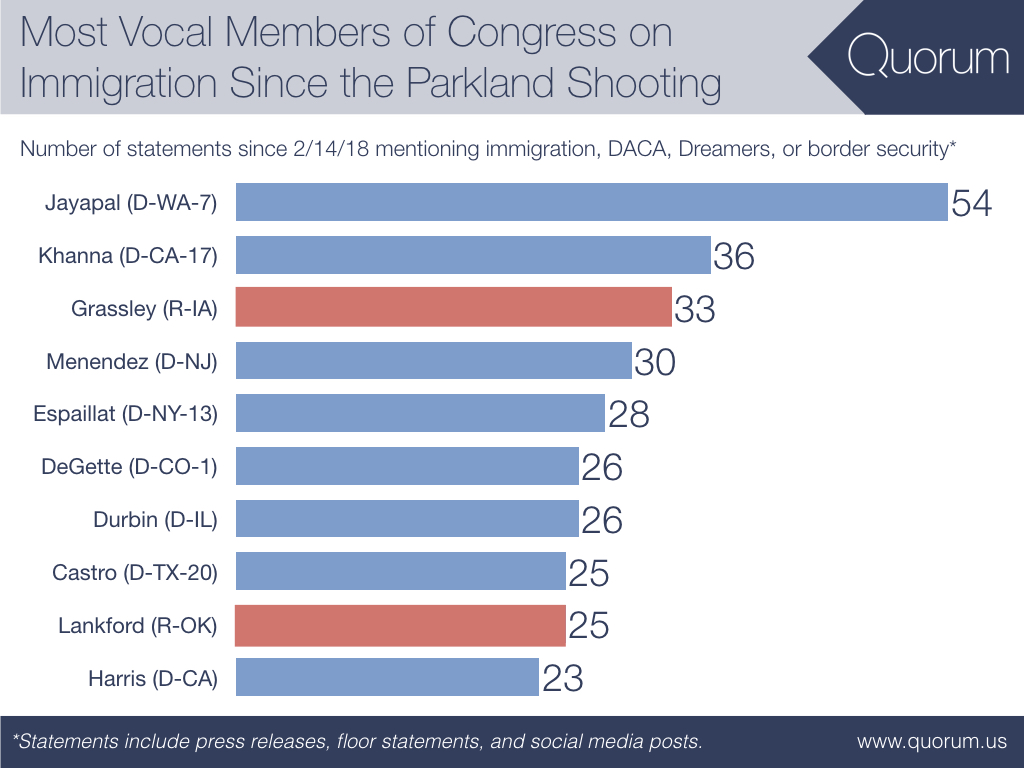 Track dialogue on the different policy areas within the gun reform debate with our auto-updating spreadsheet.