Last week the Republican Party established a federal trifecta and with wins in the Minnesota Senate, Kentucky House, and Iowa Senate, the GOP now controls both state legislative chambers in 32 states. According to The National Conference of State Legislatures, Republicans now control more state legislatures than at any point in U.S. history. However, they have yet to beat out Democrats' 1975 record of complete control in 37 state legislatures. 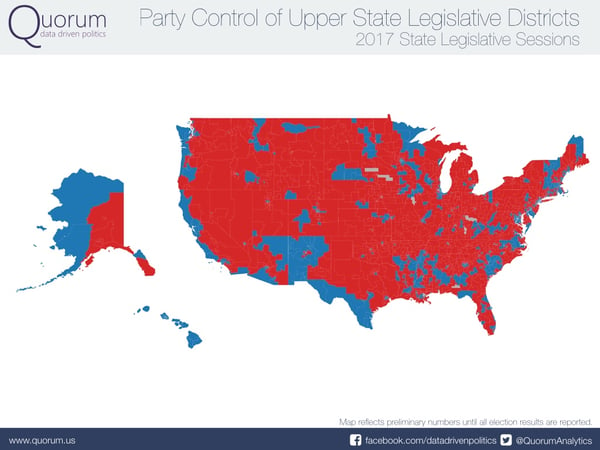 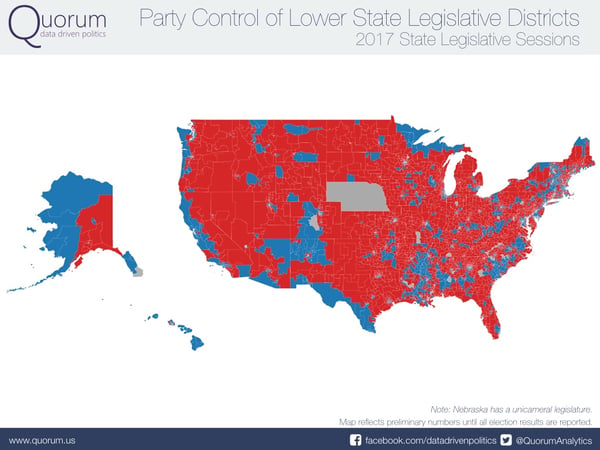 While the Republican Party’s control is significant, these numbers are not drastically different from the GOP's control during the 2016 state legislative session. Data found using Quorum States. If your organization could benefit from access to data on legislation and elected officials across all 50 states, request a demo.

Why IOGP Engages Their Stakeholders With Events Using Quorum