The Rise in Marijuana Legislation in State Legislatures

It's been six years since Colorado became the first state to legalize the recreational use of marijuana, and legislation regarding marijuana has been on the rise. With every state considering some kind of legislation relating to marijuana in 2017 and 2018, here's a look at trends in marijuana policy in state legislatures:

2017 was the most active year for marijuana legislation.

As odd numbered years see more legislation introduced in the states, 2017 was the peak with 1,312 bills introduced. The first five months of 2018 has already surpassed 2016's totals with 758 bills moving across the 50 states. 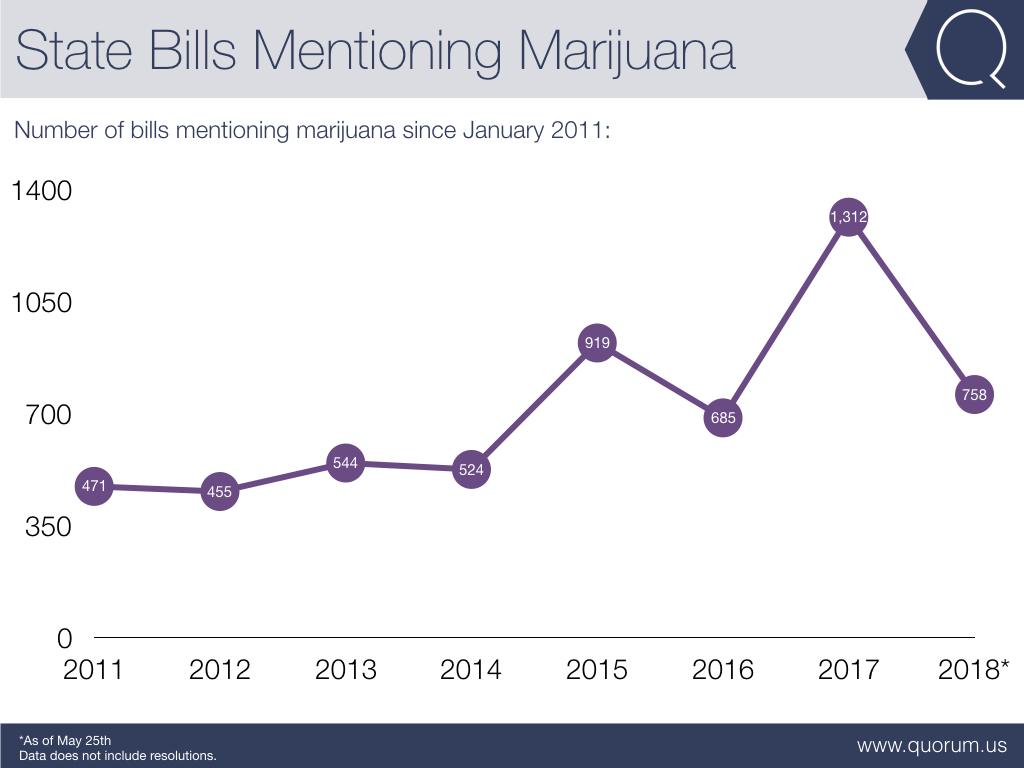 Including carryover bills from 2017, Massachusetts has been the most active in marijuana legislation. 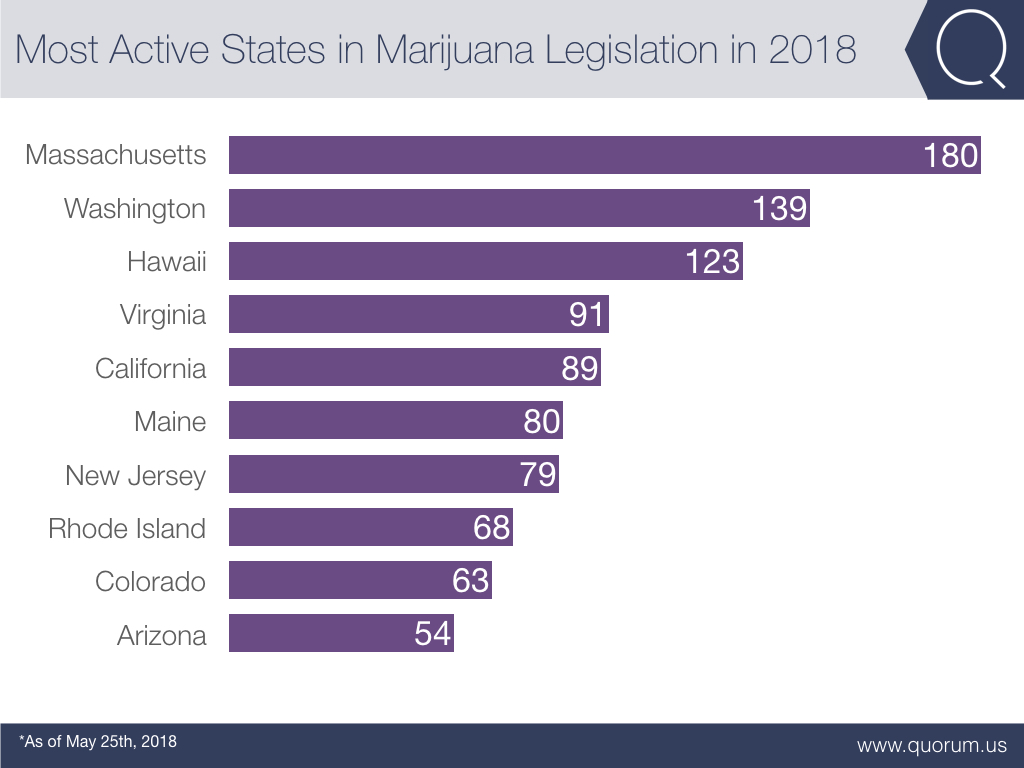 Pennsylvania Governor Tom Wolf has been the most vocal on marijuana in 2018. 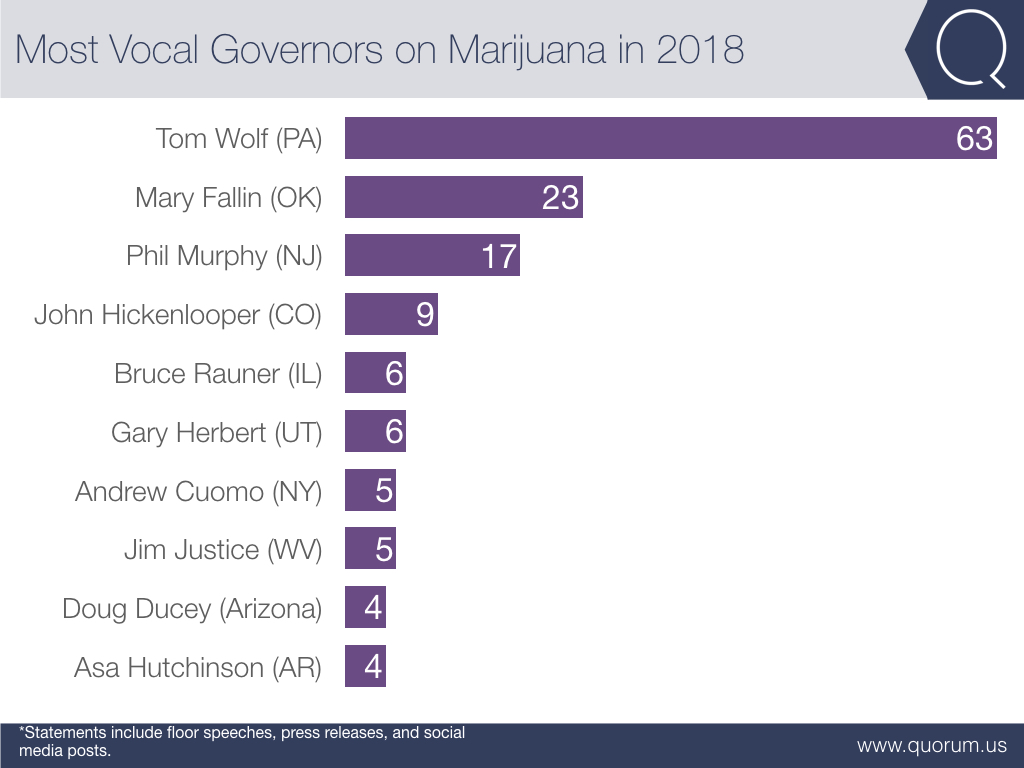 Does state policy impact an issue you care about? Here's why state bill tracking should be a centerpiece of your advocacy.

Who's talking about town halls in Congress?