By the end of the 115th Congress, 73 percent of representatives will have served three or more terms.

318 representatives—more than two-thirds of the House—will have served three or more terms at the end of this Congress, and thus would be out of a job if the suggested term limits were in place. Of the 318 legislators, 161 are Republicans and 157 are Democrats. 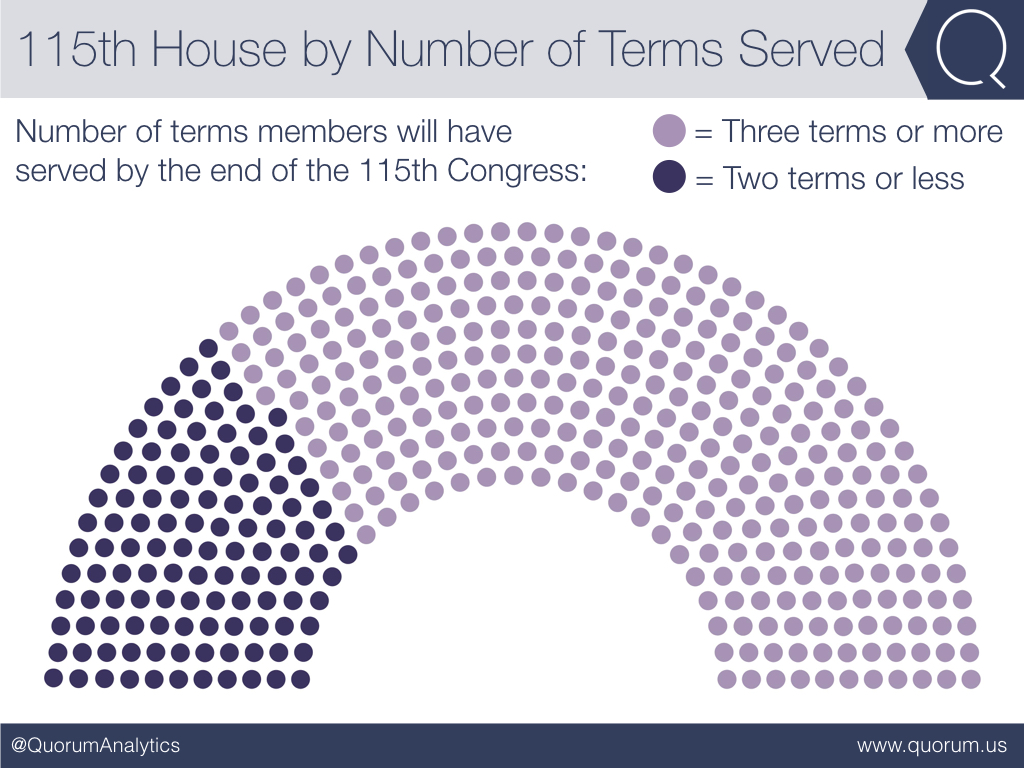 46 of the 100 Senators will have served two or more terms at the conclusion of the 115th Congress.

There are currently 32 senators who've already served more than two terms in office and an additional 14 senators who will complete their second term at the end of this Congress. Of the 46 senators, 23 are Democrats, 22 are Republicans, and one is an Independent. 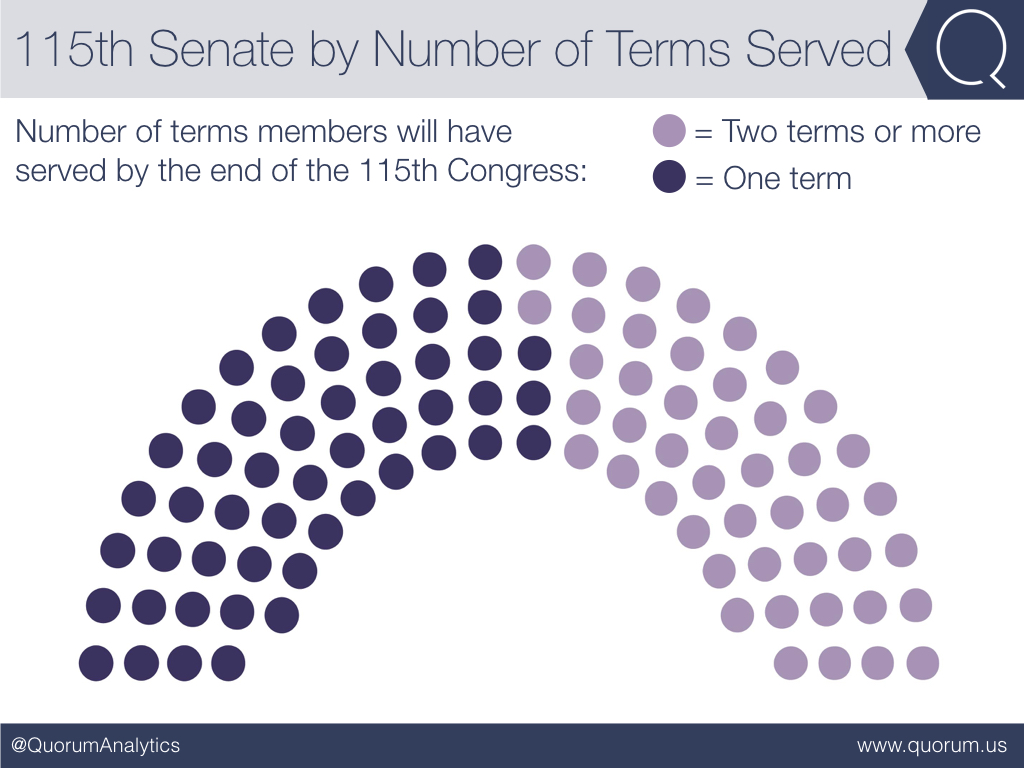 Keeping track of the House retirements? Check out our interactive retirement tracker!