The Top 10 Most Bipartisan Members of the 115th Congress

Partisan politics have dominated much of the legislative agenda during the 115th Congress. However, this October a handful of key bipartisan legislative efforts have made headlines including the Sentencing Reform and Corrections Act, the Alexander-Murray health care bill, and most recently, the Warner-Klobuchar-McCain Honest Ads Act. Here's a look at the top 10 most bipartisan members in the 115th Congress based on the portion of total bills they've cosponsored with an opposite party sponsor: 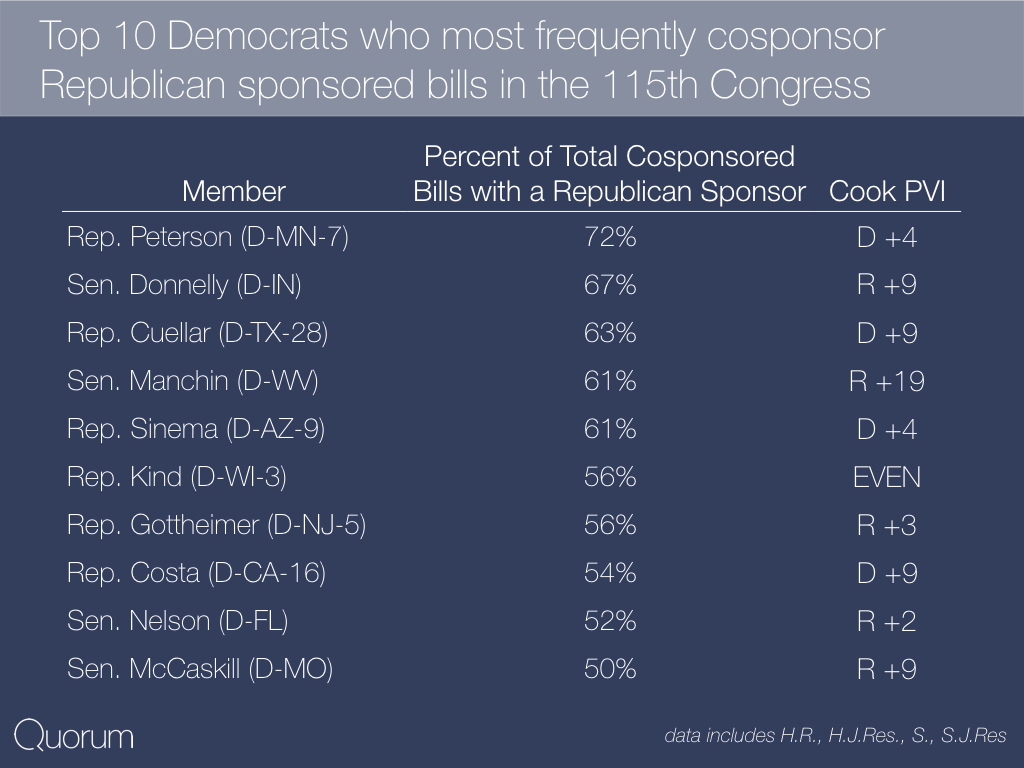 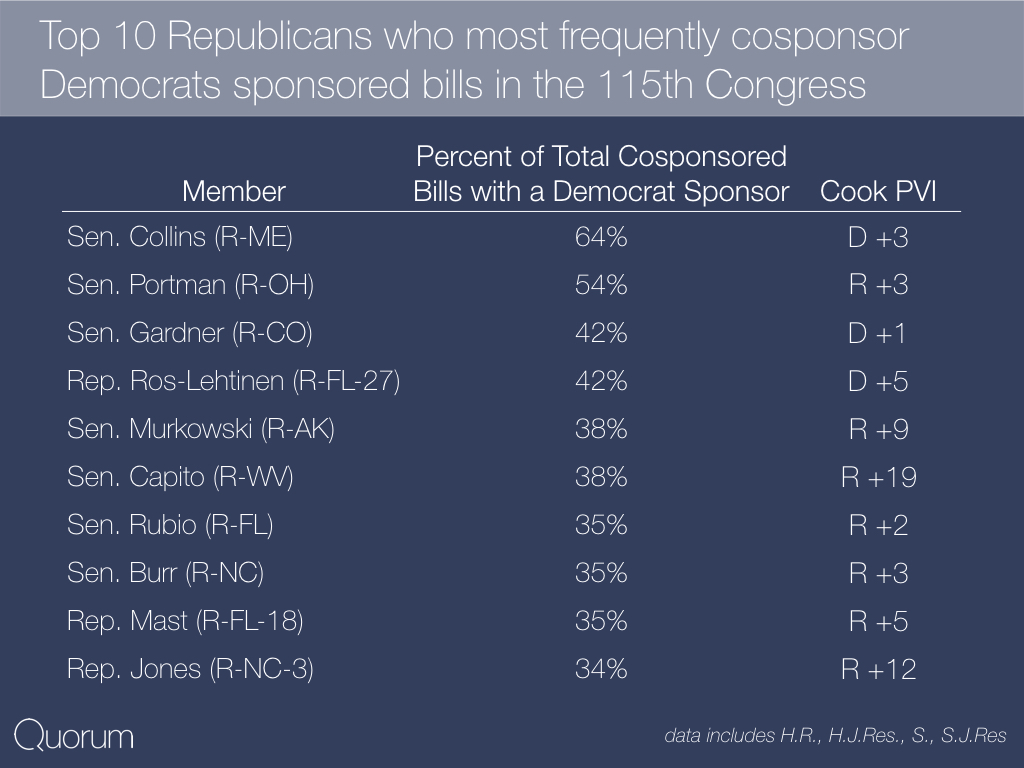 As the leader of her party in the House, it probably comes as no surprise that Pelosi has only cosponsored 4 Republican sponsored bills, two of which were for "commemorative coins". Four of the top 10 Democrats who work the least across the aisle are from California. The average Cook PVI rating of the districts or states these Democrats represent is D +20. 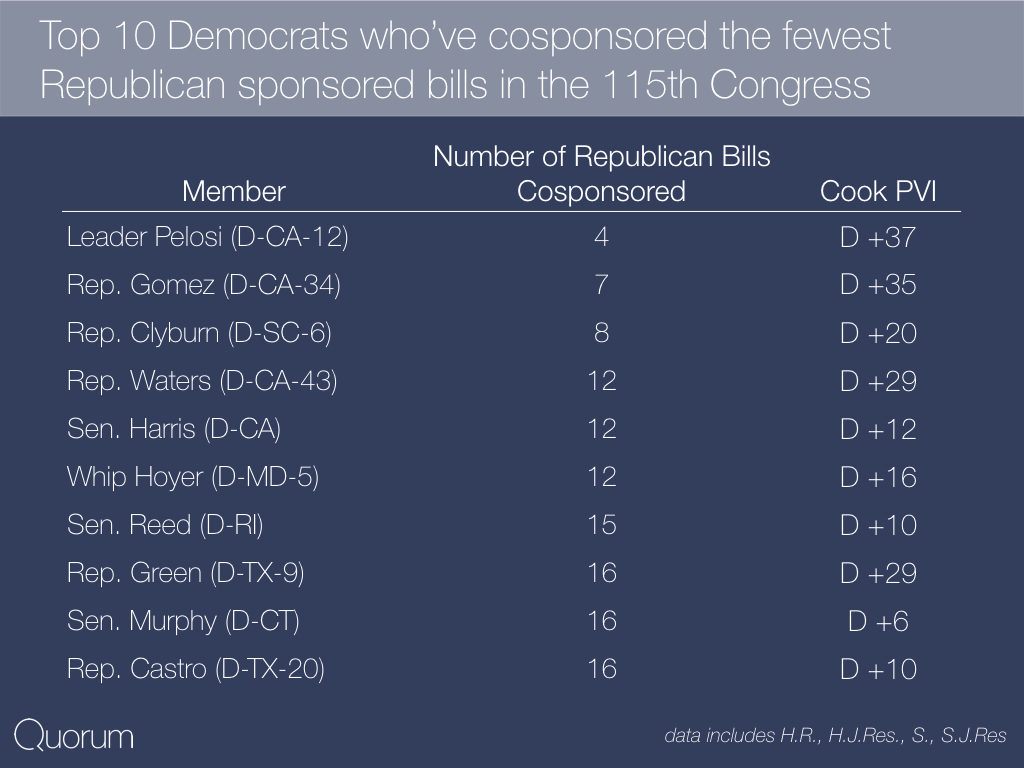 Similar to Minority Leader Pelosi, Majority Leaders McCarthy (R-CA-23) and McConnell (R-KY) have cosponsored 1 Democrat bill this session (for McCarthy it was a bill renaming a post office and for McConnell it was a joint-resolution condemning the events in Charlottesville). Speaker Ryan (R-WI-1) and Majority Whip Scalise (R-LA-1) have cosponsored 0 Democrat bills this session. The average Cook PVI rating of the districts or states these Republicans represent is R +15. 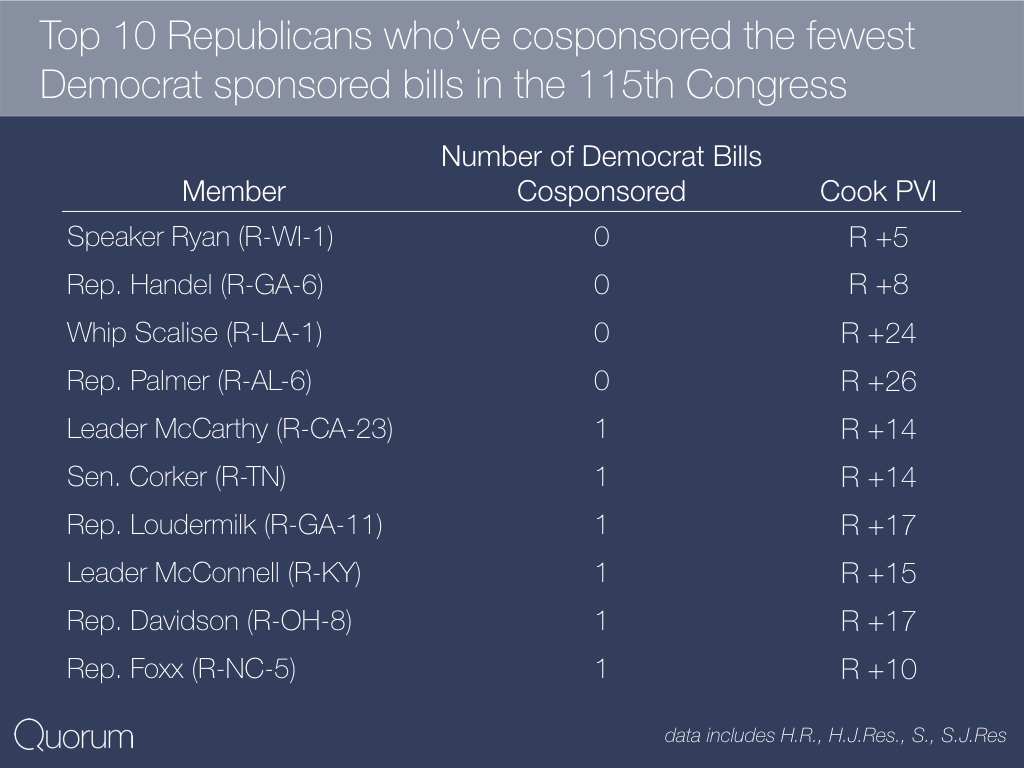 State Legislatures Vs. Congress: Which Is More Productive?