On Friday, Politico reported that Senate Majority Leader Mitch McConnell (R-KY) is preparing the chamber for over 30 judicial appointment votes this spring. To date, President Trump has nominated 69 judges of which 32 have been approved by the Senate (29 on roll call vote, three on a voice vote). Here's a breakdown of how each of the 100 Senators cast their 29 votes on President Trump's judicial appointees:

To download the full dataset, check out our interactive spreadsheet of Senate Judicial Appointment Votes

Senator Kennedy (R-LA) is the only Republican to cast a vote against a judicial appointee this Congress.

While a handful of Republicans have missed votes, including Senator McCain's frequent absences due to health, Senator Kennedy is the only member of his caucus to cast a vote against one of President Trump's appointees. Kennedy's nay vote was in protest of Gregory Katsas, a nominee for the D.C. Circuit Court of Appeals. 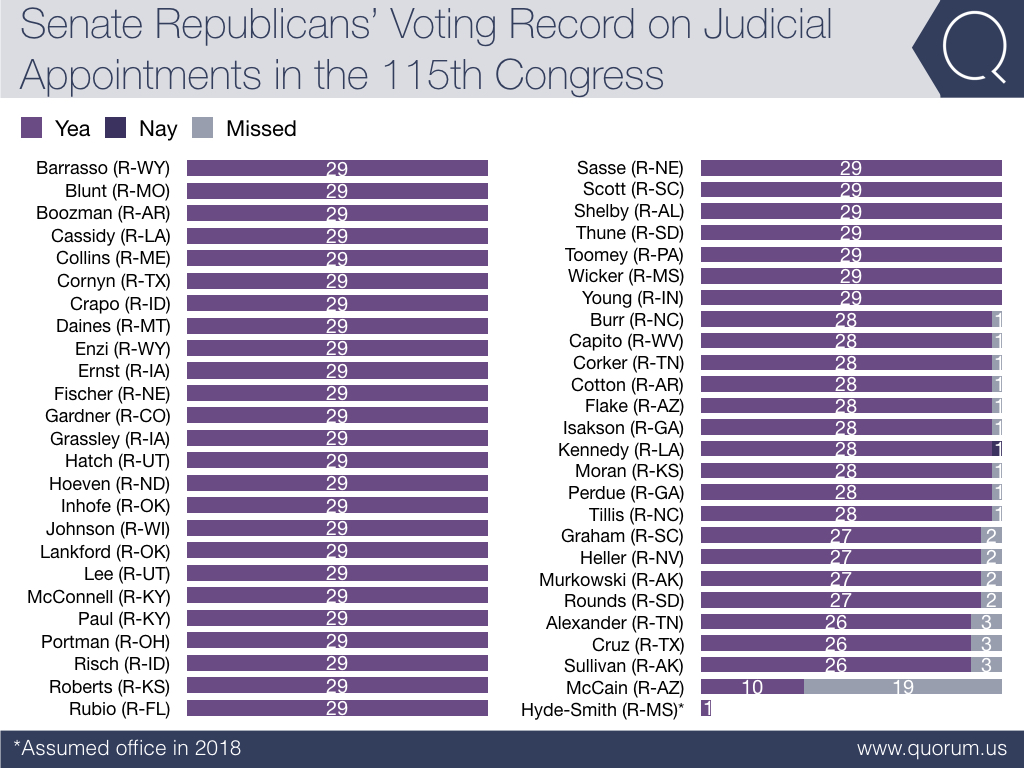 The average Senate Democrat has voted in favor of 50% of President Trump's judicial appointees. 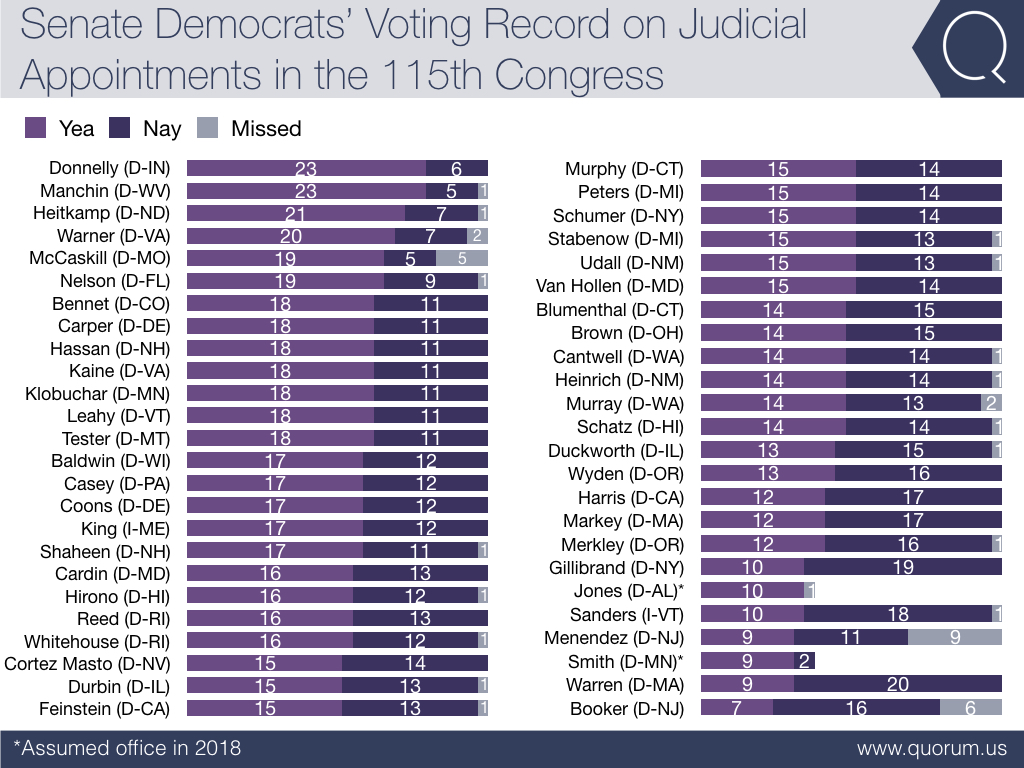