Working Together and Across the Aisle, Female Senators Pass More Legislation Than Male Colleagues

In the 114th Congress, female lawmakers hold a record 104 seats—the first time in history that the number of women in Congress has surpassed 100. Looking back over the last seven years, insights from Quorum show this unprecedented female representation may lead to more legislative activity as female Members of Congress not only work more frequently with each other but also work more frequently across the aisle, passing more legislation in the Senate than their male colleagues. 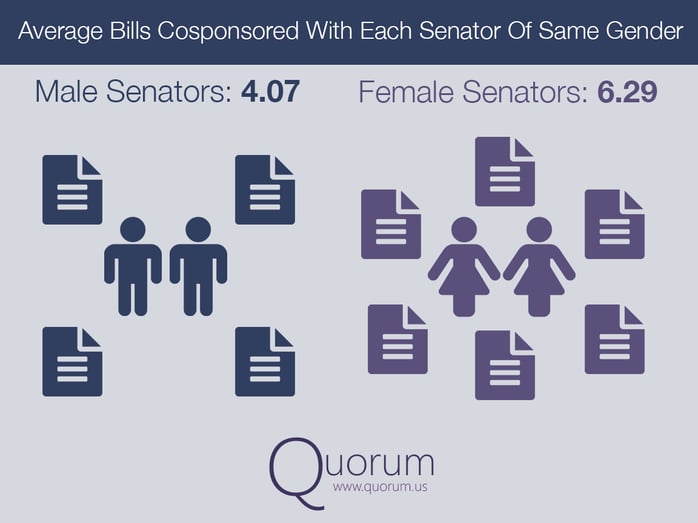 Women in the Senate traditionally meet for periodic dinners, and all 20 women in the 113th Senate—16 Democrats and 4 Republicans—joined President Obama for dinner in the White House last year. Commentators have in part attributed this clear bipartisan effort in which women in the Senate can form personal relationships to the willingness of women to work on legislation with each other, and these data prove this to be the case.

Though the effect isn’t as strong in the House, female Members still cosponsor legislation with each other—both within their party and with the opposite party—more often than their male counterparts. Female representatives cosponsored an average of 2.85 bills with another female Member while the average male representative only cosponsored 1.67 bills with another one of his male colleagues, a result that is highly significant below the .0001 level. 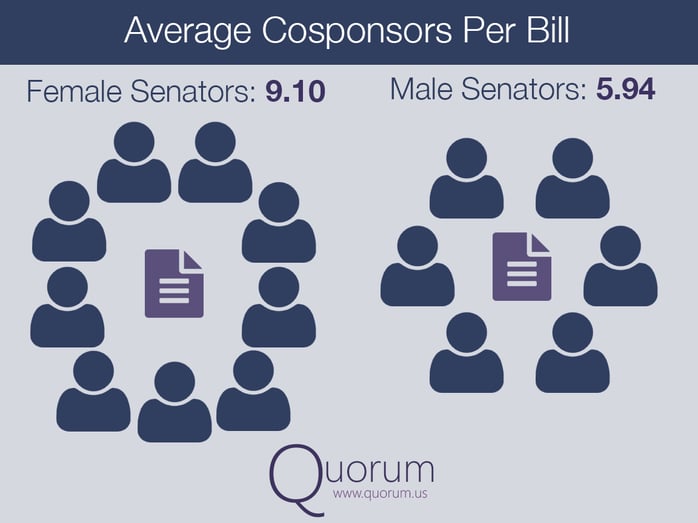 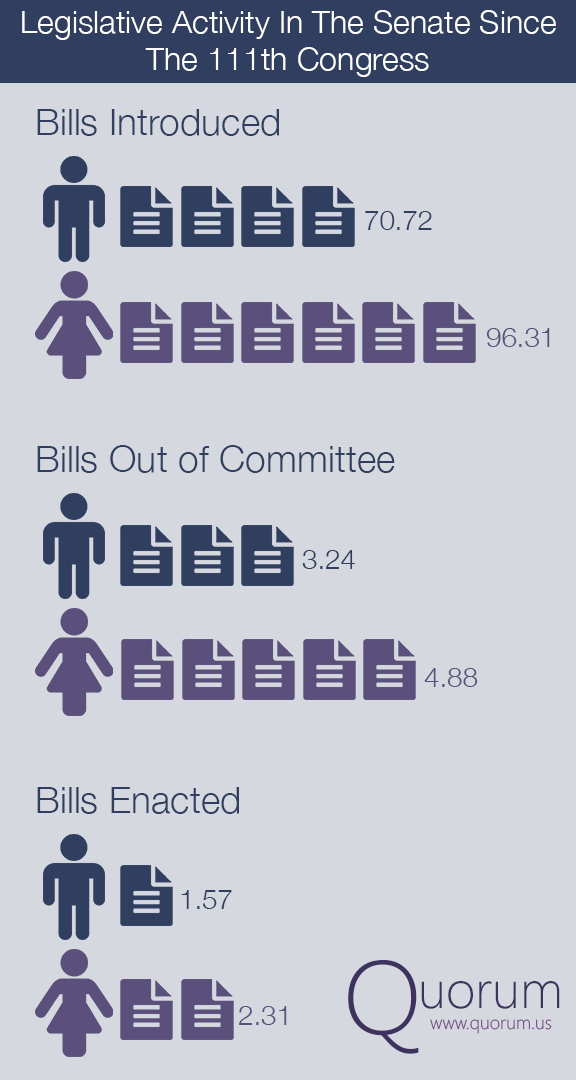 As the highest number of Congresswomen ever begin their terms, the data shows this Congress has the potential to be more active than the last.

—Jonathan Marks and Steven Kekacs contributed to the research behind this story.

State Your Case: Adapting Your Advocacy for the Legislature's Dynamics