This week the Senate Intelligence Committee called on executives of Facebook, Google, and Twitter to appear before the committee to discuss the role fake news and Russia played in the 2016 election. For more than a year, the idea of fake news has not only been a key point of the investigation into Russian meddling but has also been used by President Trump as his favorite attack on various media outlets. With congressional hearings expected to take place this fall, we explored how lawmakers across the country, from Congress to state legislatures to 6,500+ cities and counties, are discussing “fake news.”

Prior to the 2016 election, lawmakers had only mentioned "fake news” 16 times.

Leading up to the election last November, "fake news" was only mentioned 16 times by lawmakers in Congress, all 50 state legislatures, and 6,500+ cities and counties across the US. Over the past 14 months, members of Congress have mentioned "fake news" at a rate near equal to over 40,000 city and county legislators. 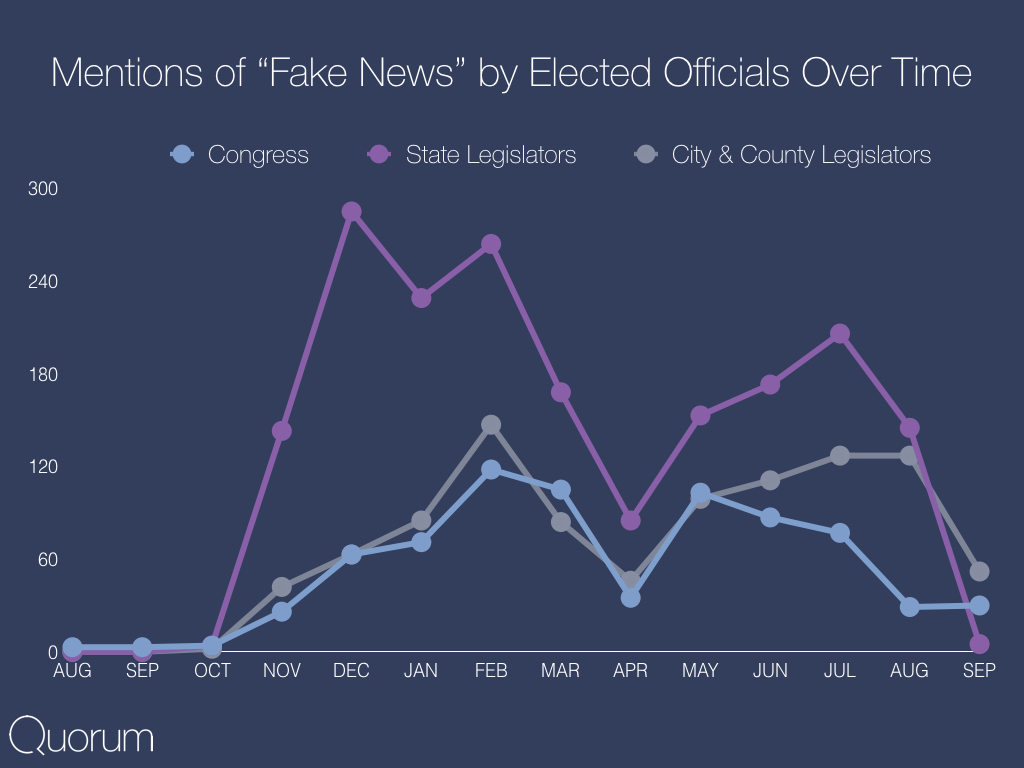 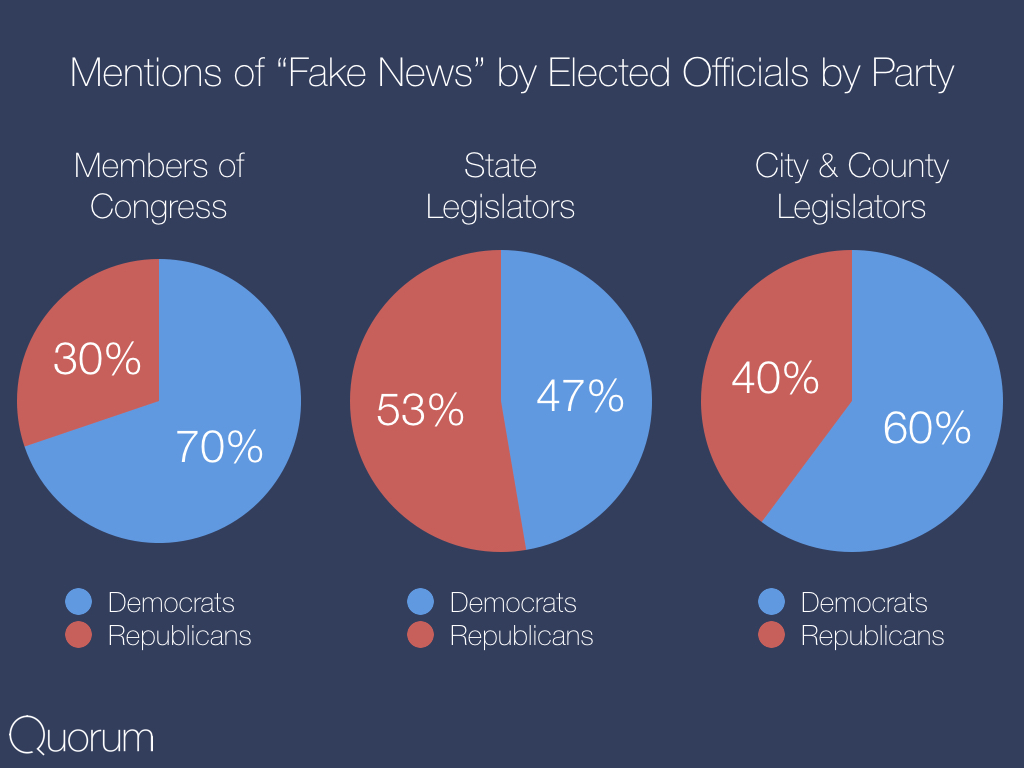 Trump, American, and Russian are the top three most frequently used terms by Democrats when discussing "fake news." For Republicans, Trump, think, and know are the most commonly used terms along with words like medium, country, and story. Democrats referenced Russia 690 times in their statements on fake news compared to Republicans 177 times. 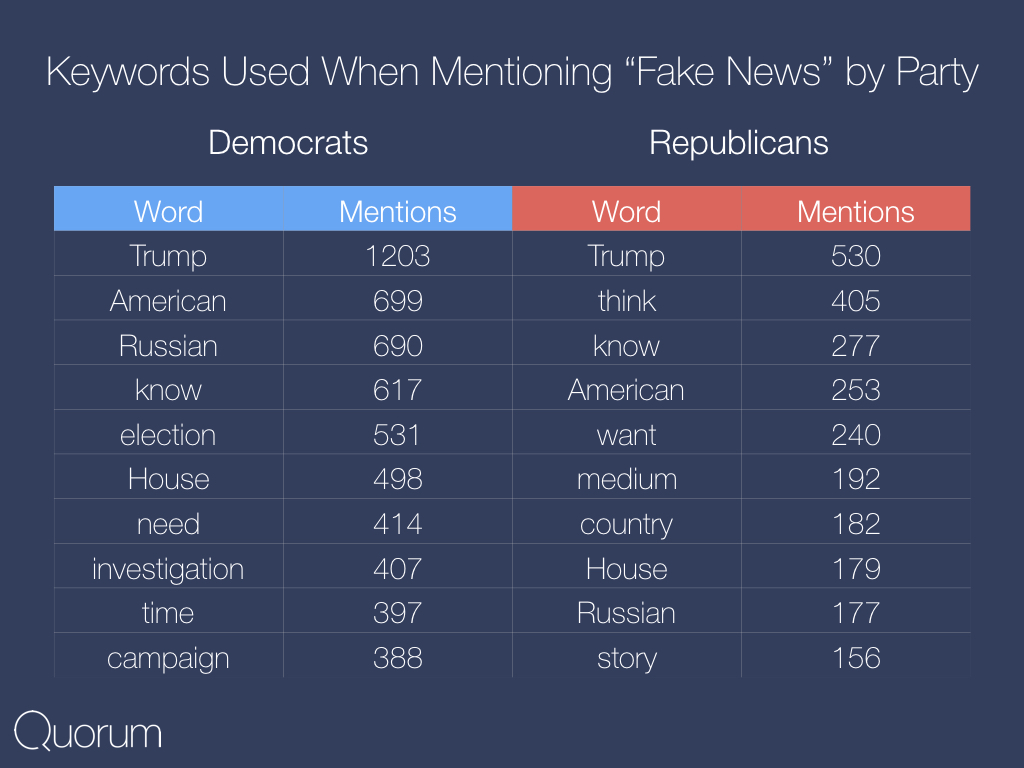 How to Engage Members of Congress on Social Media