Senator Bernie Sanders' Relationships with "Medicare for All" Cosponsors

On Wednesday, Senator Bernie Sanders introduced the "Medicare for All" bill alongside 16 Senate Democrat cosponsors. Senator Sanders’ bill is the first major piece of legislation a Democrat has introduced to the health care debate since the Republicans failed attempt to repeal and replace the Affordable Care Act. "Medicare for All" likely faces a steep uphill battle in a Republican-controlled Congress. We explored who exactly these 16 cosponsors are, and what their relationship to Sanders looks like.

The 16 cosponsors represent over 109 million Americans across 13 states 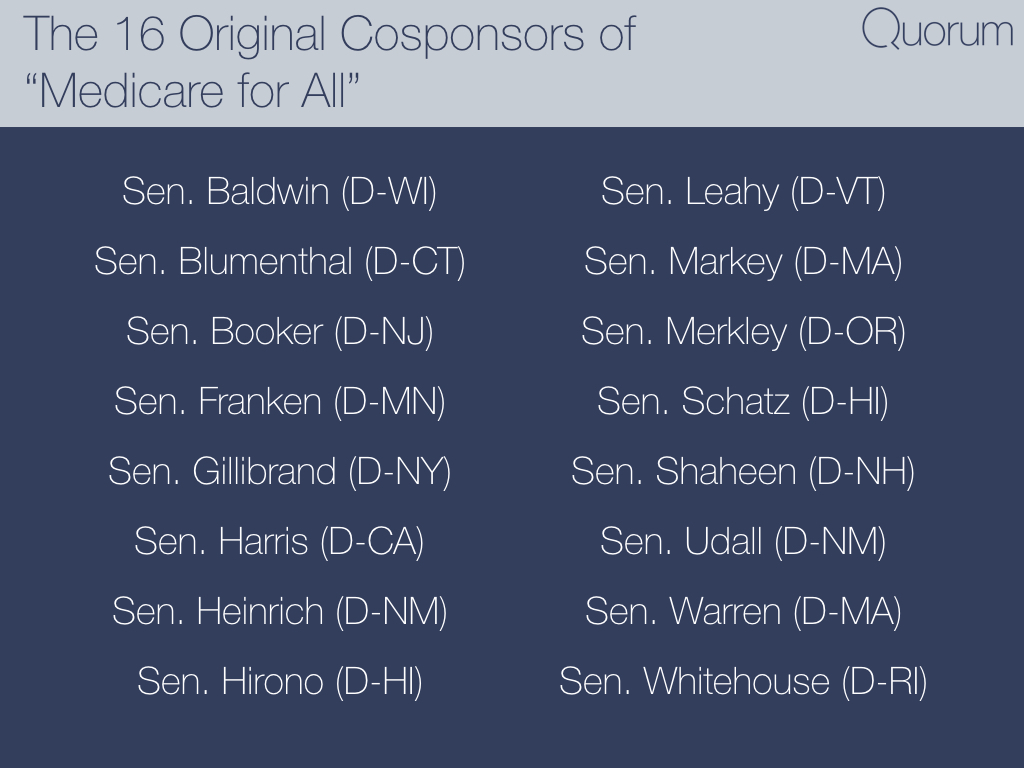 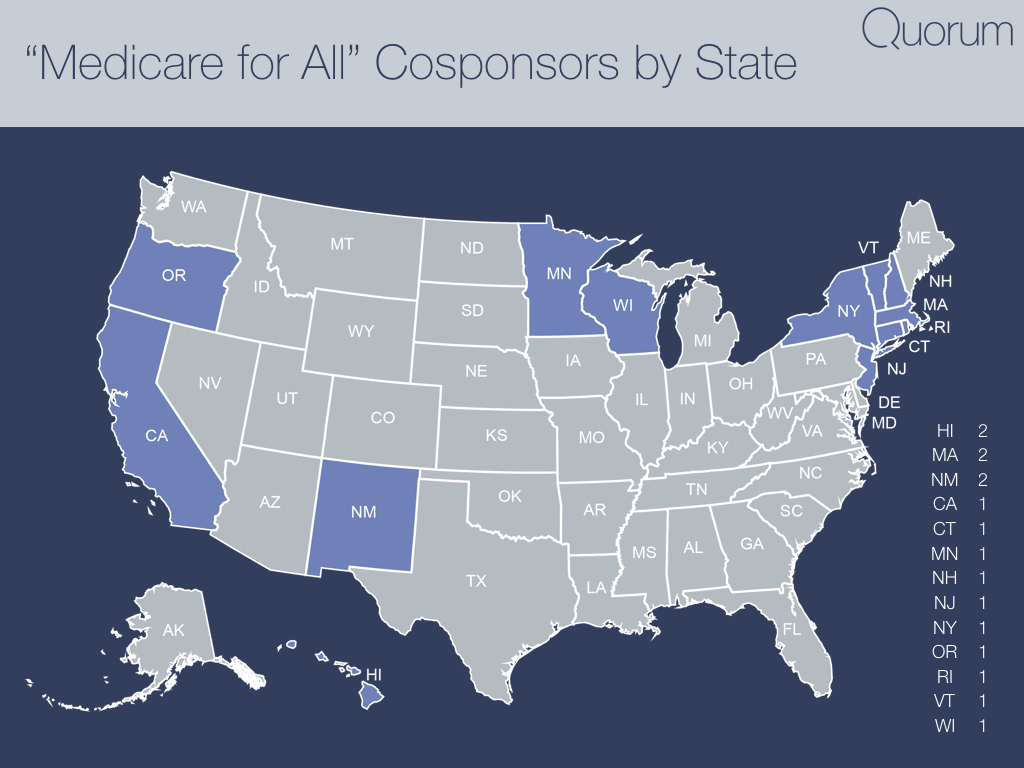 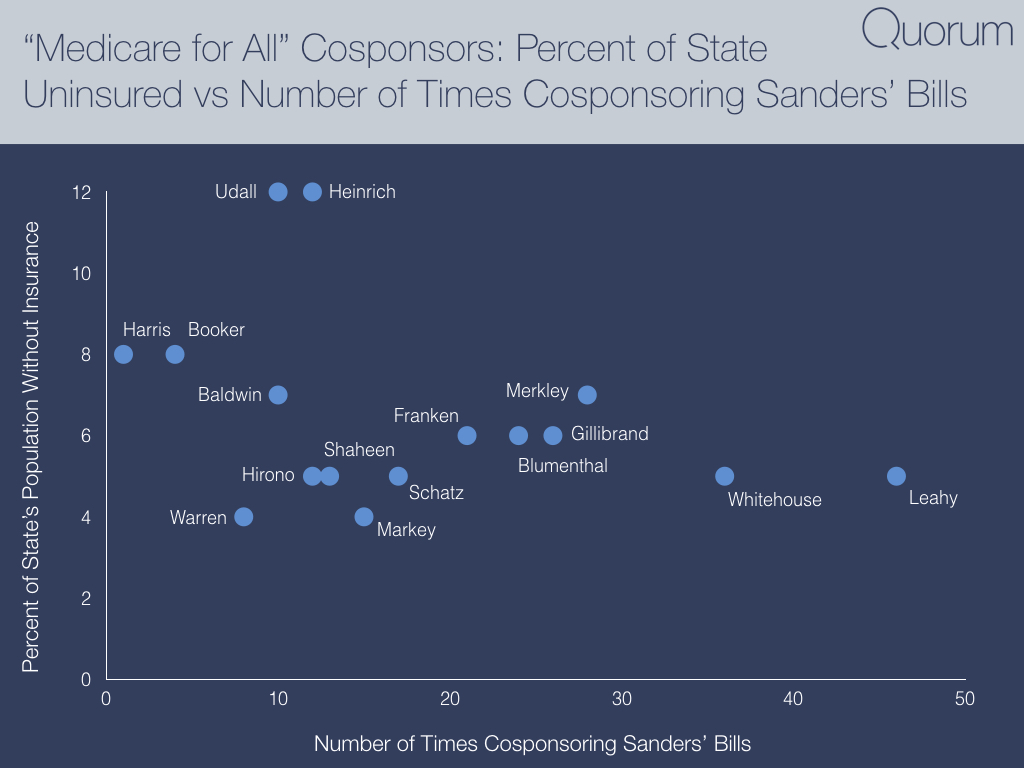 It should come as no surprise that a number of cosponsors on Sanders' bill are already being floated as 2020 contenders for the Democratic primary. Many of these cosponsors are also very popular in their home states, with 11 of the 16 winning their last election with more than 55% of the vote. However, before these senators set their sights on 2020, a handful of them, including Senators Heinrich and Baldwin, will face key re-election bids in 2018. 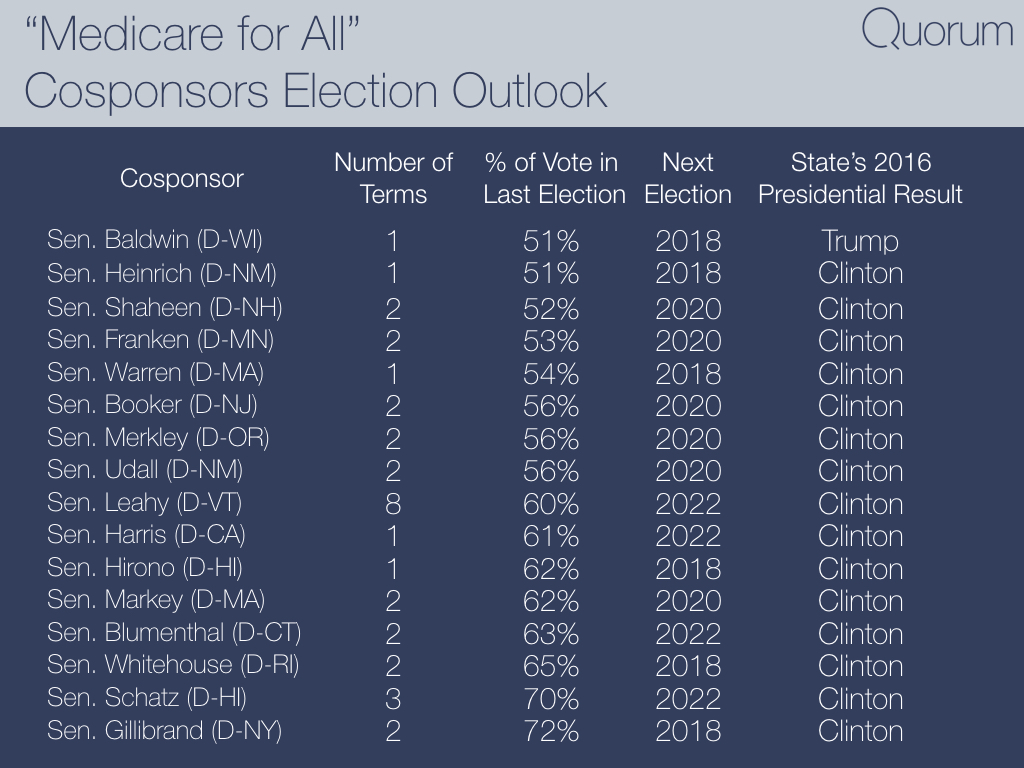