Under Obama, Democrats suffer largest loss in power since Eisenhower

This Tuesday, President Obama will deliver his farewell address from McCormick Place convention center in Chicago, Illinois -- the site of his 2012 re-election celebration. On that night in 2012, Democrats defended the White House, held their majority in the Senate, and regained 8 seats in the House; a significant win for the Obama legacy. Zoom out, and the 2012 election is an outlier in the steady and far-reaching electoral losses of Democratic elected officials during the Obama Administration.

Learn what the 2018 midterms might bring in our report: The Demographics of 2018 Swing Districts

In 2009, President Obama’s party controlled both chambers of 27 state legislatures. Eight years later, Democrats control both chambers in only 13 states. Among the states that slipped from Democratic control are Wisconsin, North Carolina, Iowa and West Virginia; states key to the victory of President-elect Donald Trump last November. According to a report from the National Conference of State Legislatures, the Democratic Party has lost a net total of 13 Governorships and 816 state legislative seats since President Obama entered office, the most of any president since Dwight Eisenhower. 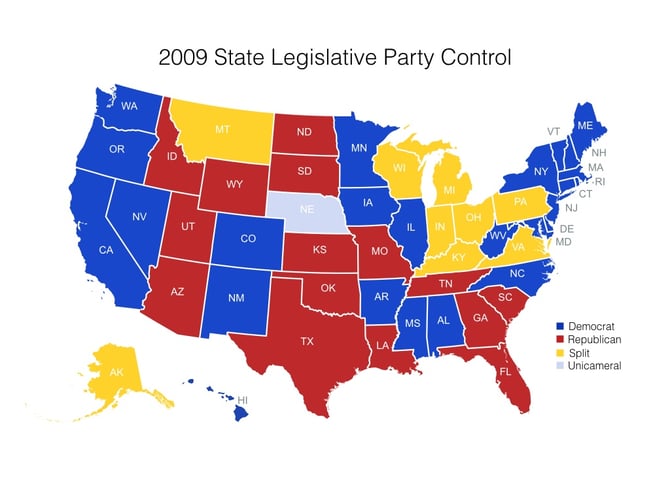 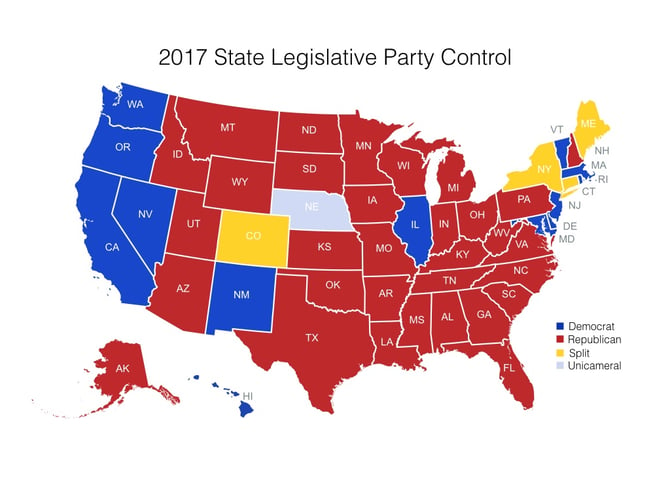 A reversal of power in Congress. 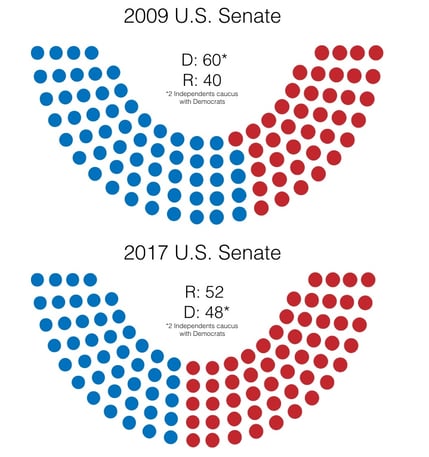 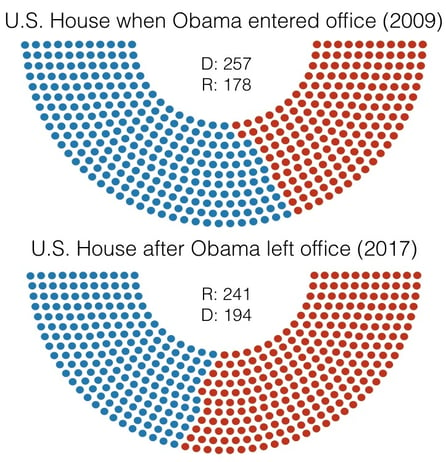 In 12 days, Donald Trump will be sworn in as the 45th President of the United States. The President-elect will enter office with his party in control of both chambers of Congress in addition to 32 state legislatures and 33 governorships. This level of legislative control presents President Trump and his party the opportunity to enact their policy agenda with minimal pushback from their Democratic colleagues.

The Most Latino Congressional Districts

How Rep. Pearce Governs in One of the Nation's Largest Districts