Over the past seven months, all 50 states have convened at various points to hold their annual or biennial legislative sessions. Currently, 38 states have adjourned for 2017, 2 are in special sessions, and 10 remain in their year long sessions. With more and more attention being placed at the state level on issues like health care, infrastructure, immigration, and redistricting, we took a look at the top issues and productivity of state legislatures so far in 2017.

Over 17,900 bills on Economics & Public Finance have been introduced nationwide in 2017, of which 2,331 have become law. These bills fall under 12 subcategories such as appropriations, budgets, and local finance. Health is the second most popular issue amongst state legislatures followed closely by Crime & Law Enforcement. 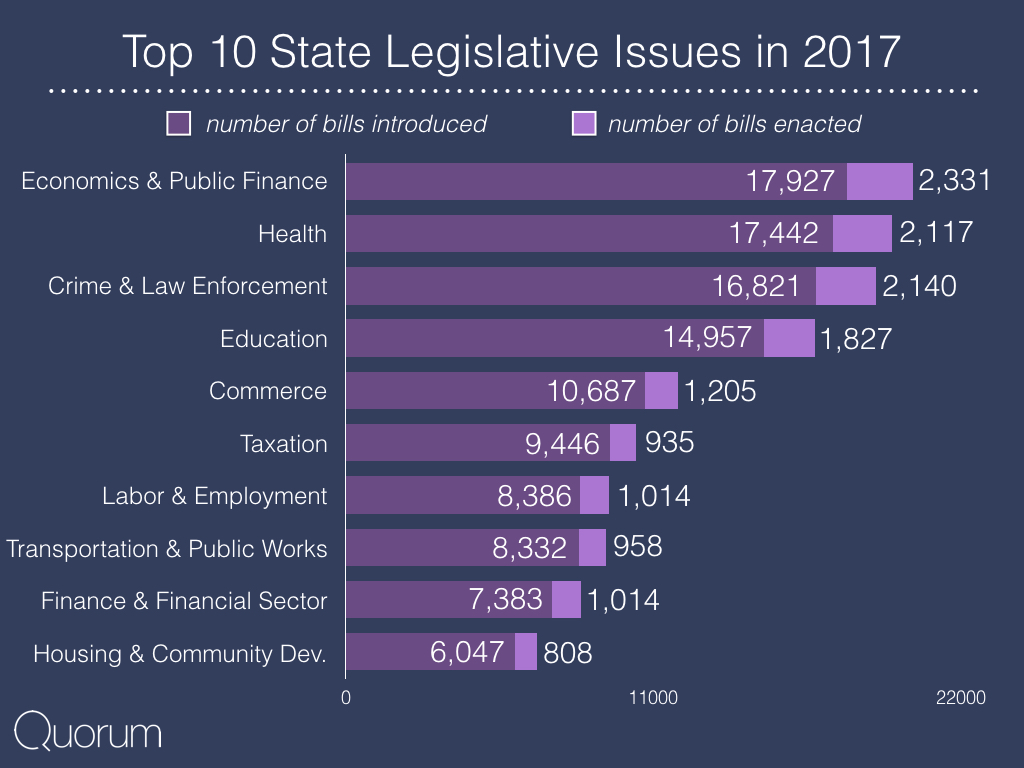 The Tennessee Legislature passed near 1,500 bills into law in 2017

With a legislative session spanning from January 10th to May 10th, Tennessee’s legislators passed 1,498 bills into law. The second most productive legislature so far in 2017, and with 9 fewer days of session, is the neighboring Arkansas Legislature with 1,070 enacted laws. The Texas Legislature, currently amidst a special session, sits in third with 859 enacted laws thus far. 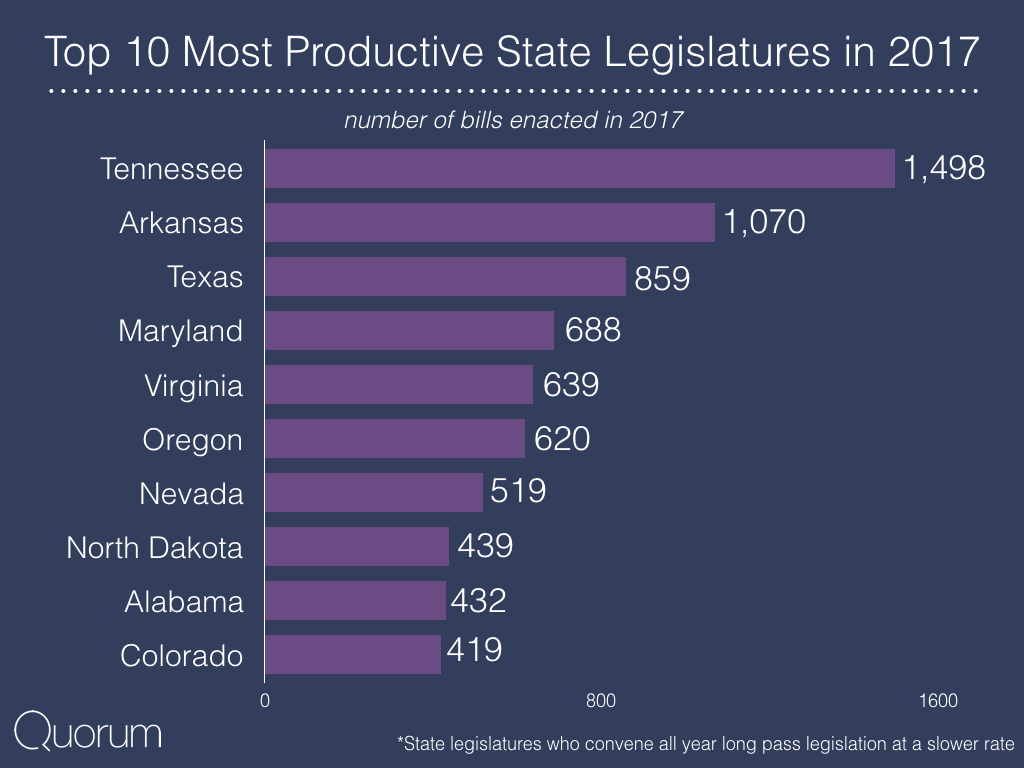 Rep. Terry Adams of Connecticut has been the most productive state legislator

With 122 bills passed into law, Rep. Terry Adams, a Democrat representing Connecticut’s 146th District, leads the country in number of sponsored bills enacted. Take a look at the top 20 most productive state legislators in 2017. 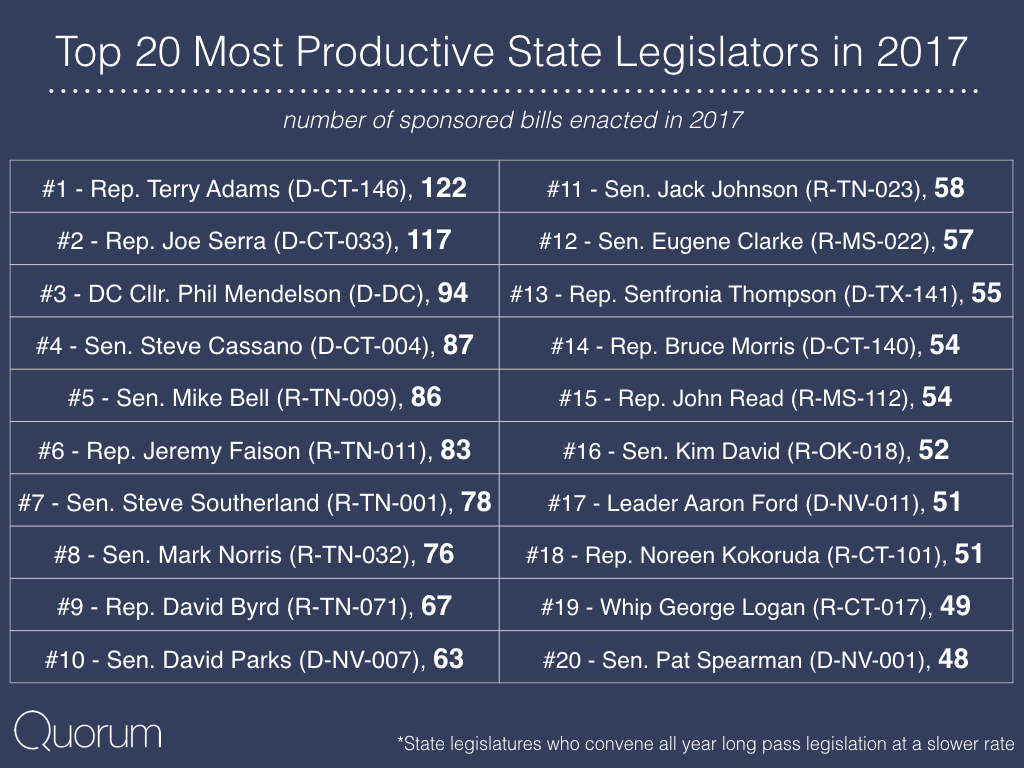