The Bipartisan Relationships Behind the Dream Act’s Return to Congress

The fate of the DACA program now sits in the hands of Congress, again. The foundation of DACA began as a bipartisan effort in 2001, when Senators Orrin Hatch (R-UT) and Dick Durbin (D-IL) first introduced the Dream Act. Over the next 16 years, the Dream Act would face reintroduction after reintroduction, amendment after amendment, and in 2010 come a few votes short of passage. With President Trump's rescinding of the DACA program, we explored the bipartisan efforts already underway in Congress to see through the passage of a new Dream Act.

Reps. Ros-Lehtinen (R-FL-27) and Roybal-Allard (D-CA-40) champion the Dream Act in the House 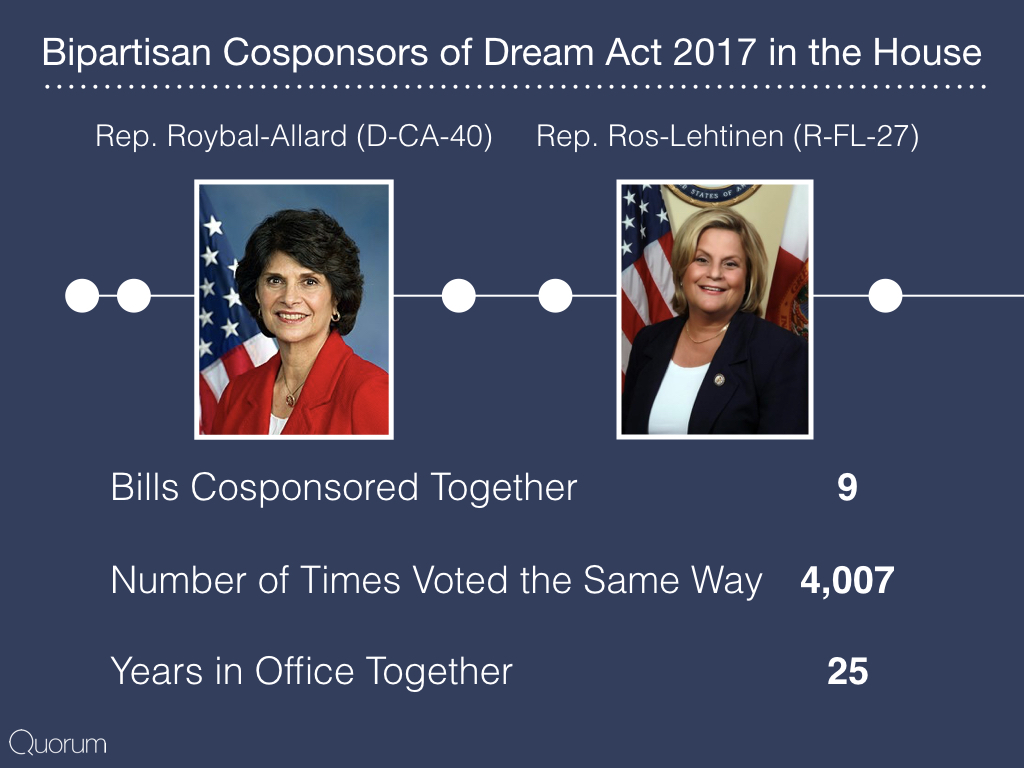 It should come as no surprise that Sen. Durbin is yet again championing the Dream Act in the Senate. As Graham noted in a July press conference introducing their new bill, Durbin is the “great-grandfather of the Dream Act.” During their 15 years together in the Senate, Durbin and Graham have each cosponsored 11 of one another’s bills. The Dream Act of 2017 will be the third bill this session they’ve cosponsored together. 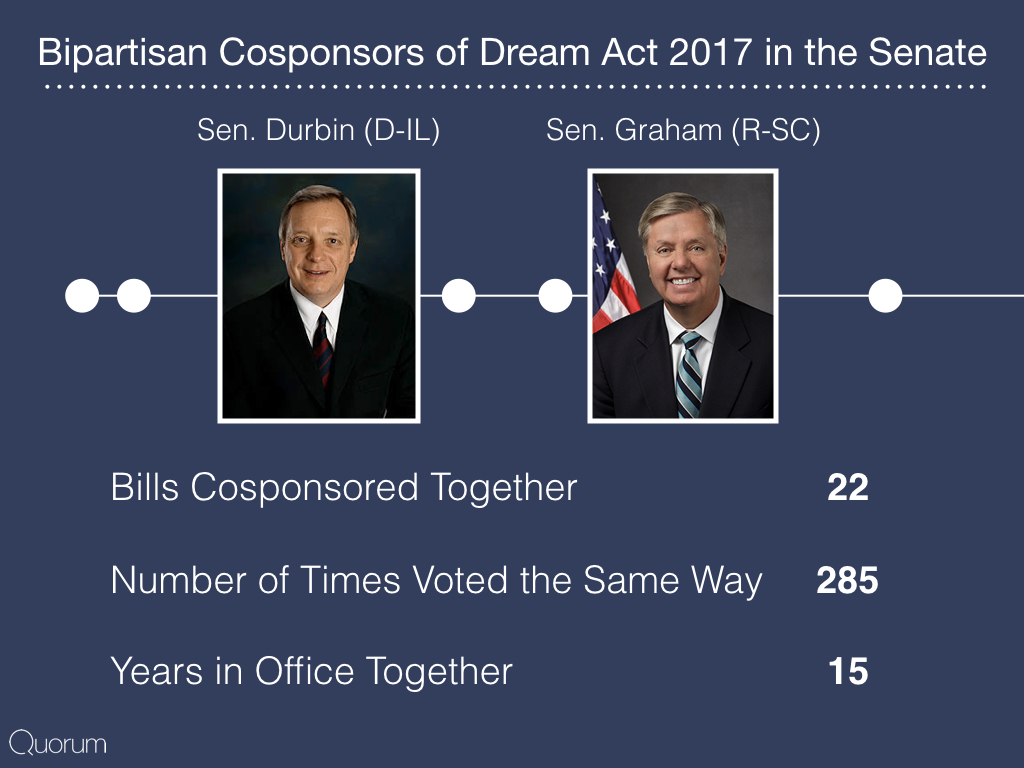 After passing the House on December 8th, 2010, the Dream Act failed to reach the 60-vote threshold necessary to end debate in the Senate. 104 Republicans and 8 Democrats serving in the 115th Congress voted against the bill in 2010 and 8 members missed the vote including Senator Hatch (the original sponsor of the Dream Act in 2001). 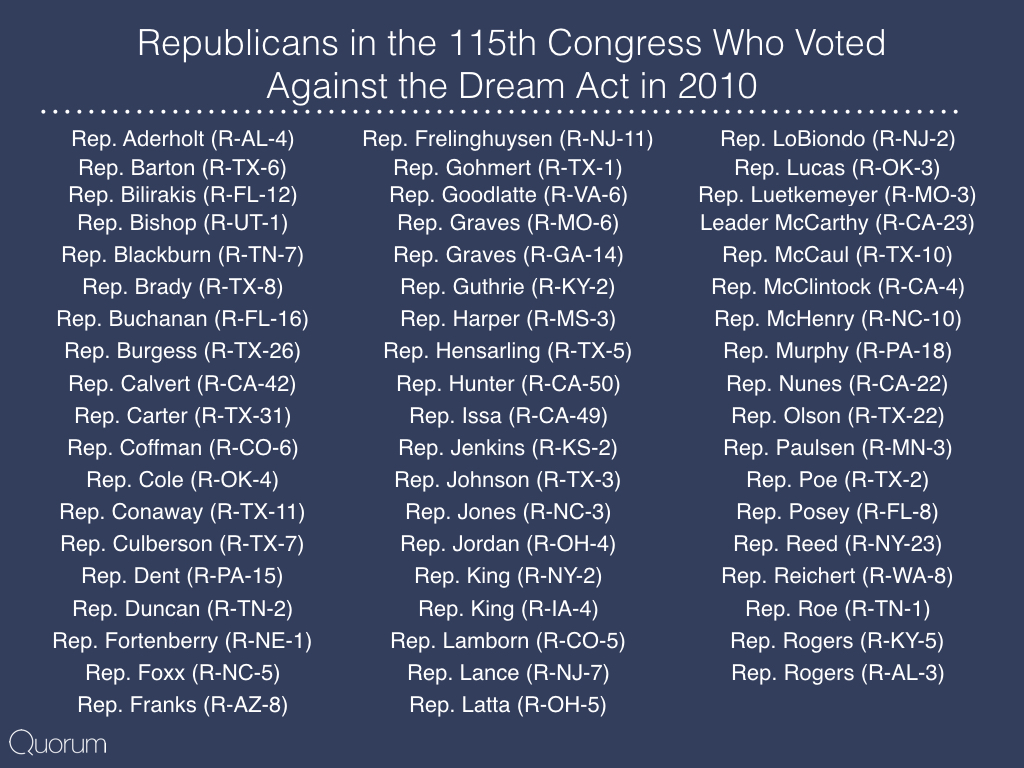 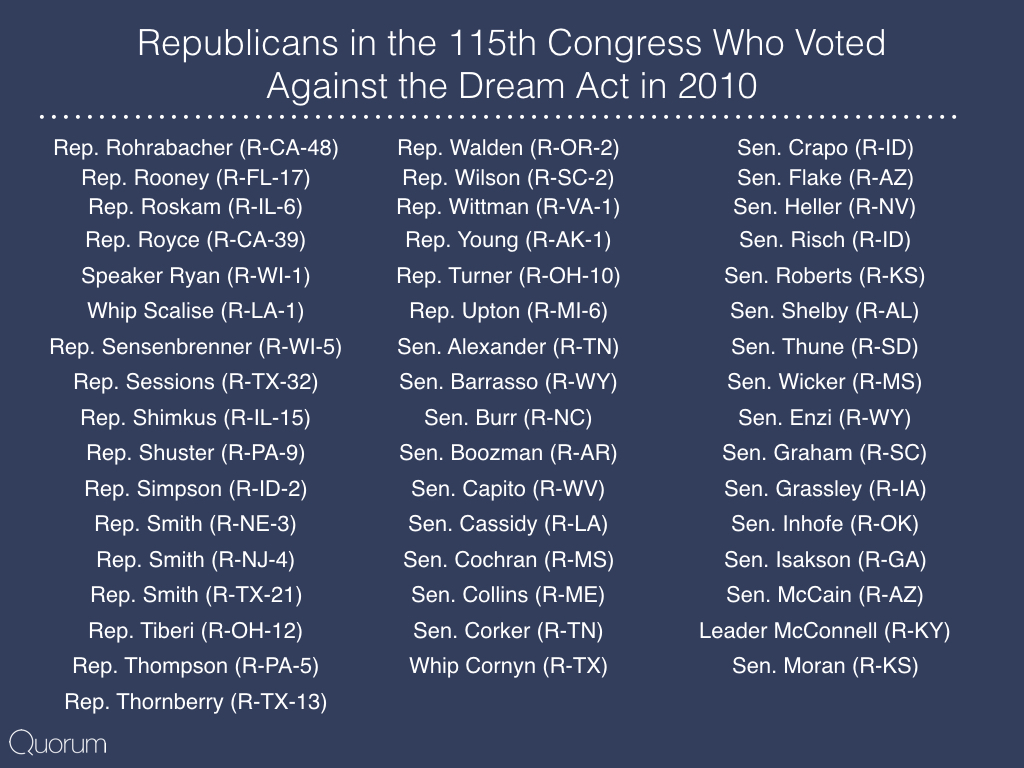 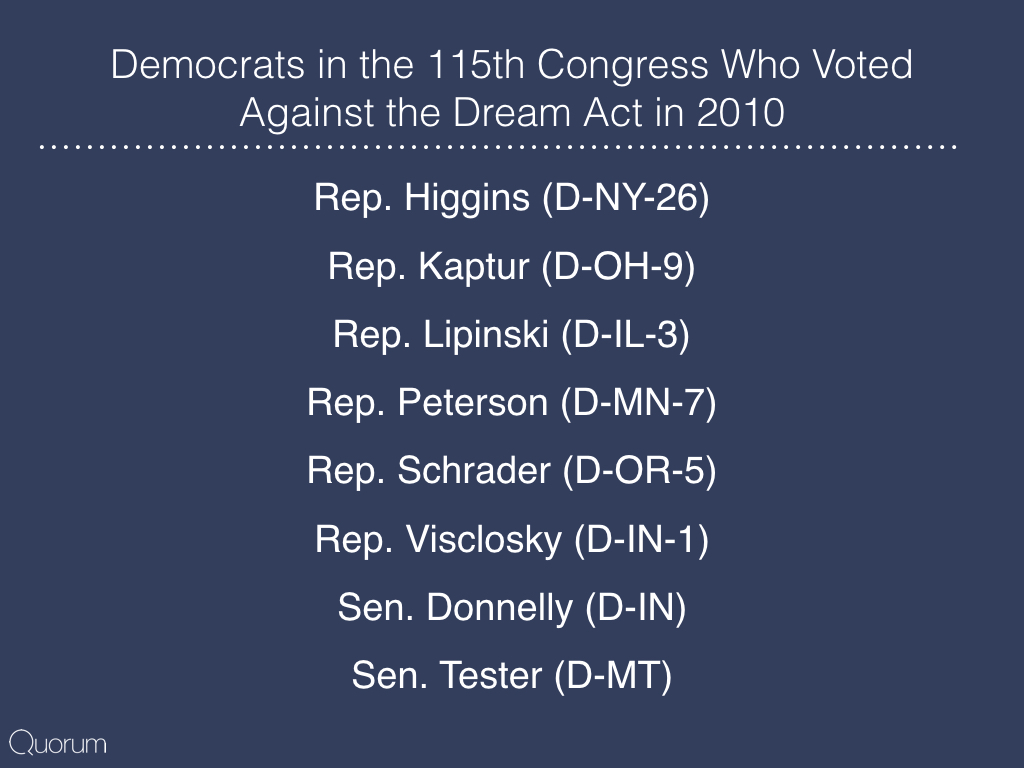 Engage Your Stakeholders with Events

Three Steps for Working with Legislators to Introduce a Bill