After bipartisan negotiations on immigration reform fell apart this week, the government has officially shutdown. Since President Trump rescinded DACA last September, Congress has been looking for a bipartisan legislative solution. With both parties, as well as the president, bringing different priorities to the table, we leveraged Quorum's word cloud technology to analyze over 23,000 statements on immigration made by members of the 115th Congress and President Trump.

Since the start of the 115th Congress, Republicans have made 6,392 statements on immigration. Of those statements, "border" was mentioned 738 times, "reform" 547 times, and "security" 523 times. 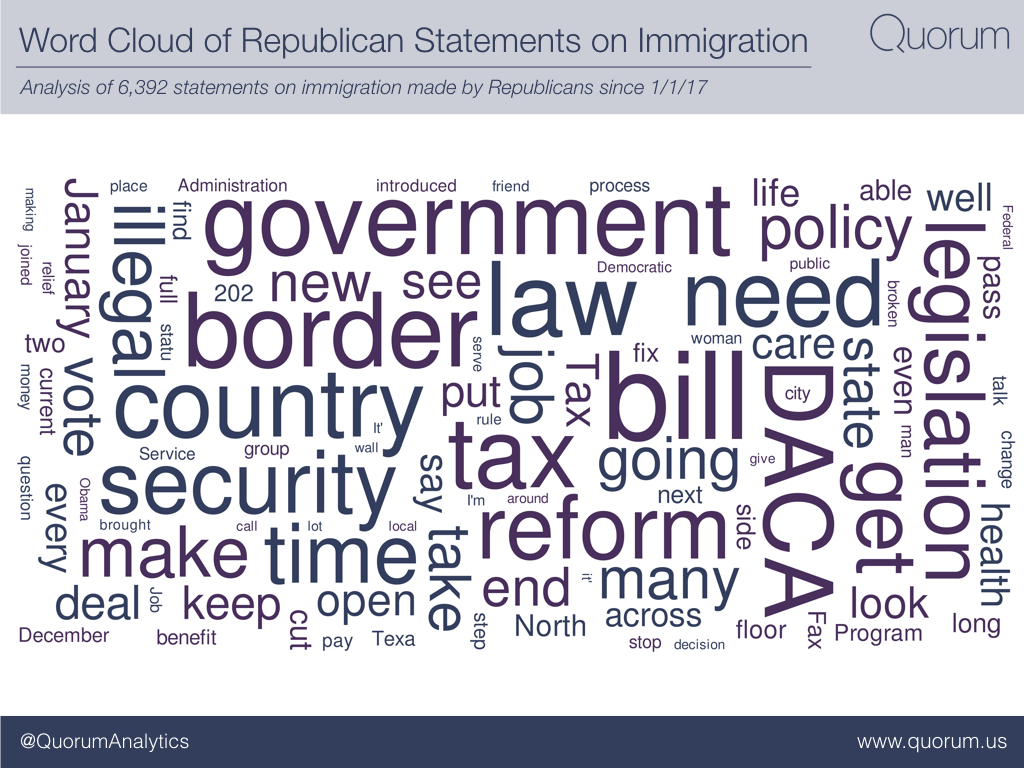 With 14,113 statements, Democrats have mentioned immigration more than double the amount of times as Republicans. Of those statements, "immigrant" was mentioned 790 times, "community" 432 times, and "family" 405 times. 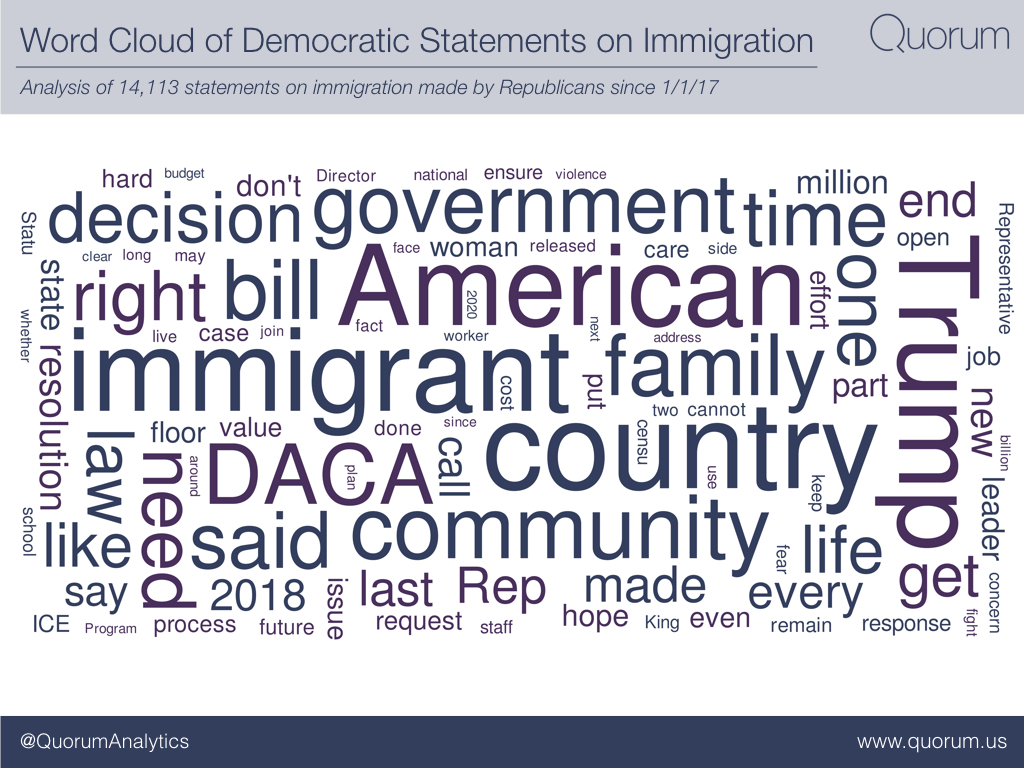 The president has taken to social media to discuss immigration 157 times since entering office last January. Of those posts, President Trump has mentioned "wall, WALL, or Wall" over 90 times, "border" 31 times, and "American" 28 times. 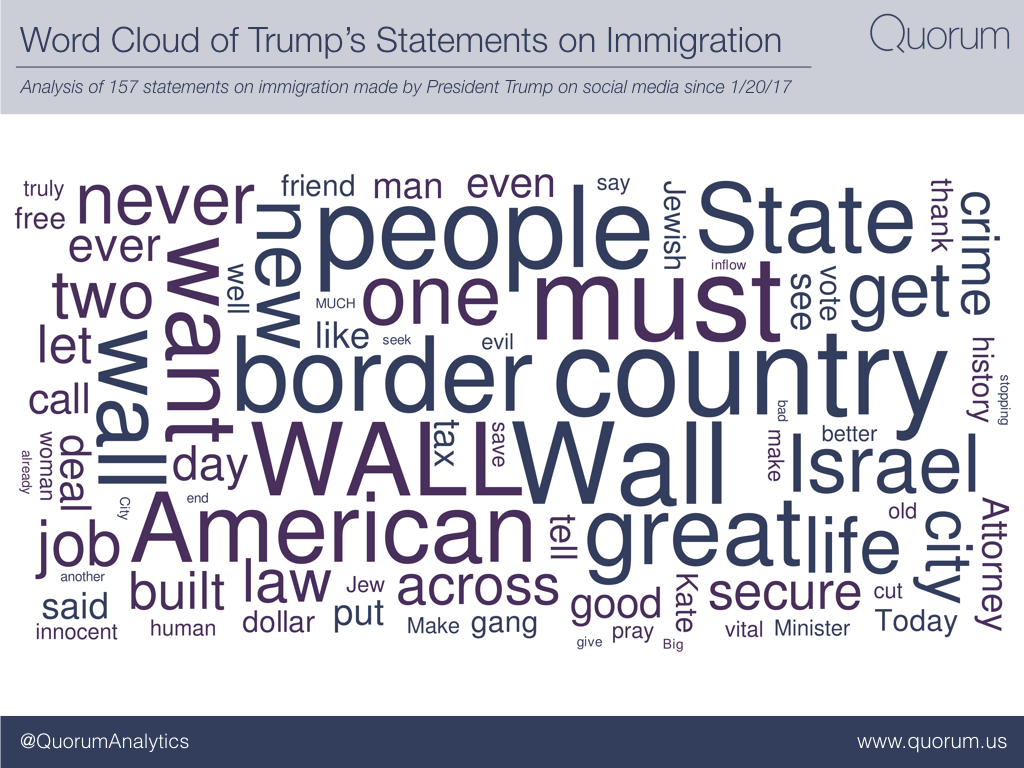