President Trump’s proposed budget for the fiscal year 2018 will cut $4.7 billion from the Department of Agriculture's discretionary spending. Such a cut to USDA funds will be felt across the agriculture industry, from government-subsidized crop insurance to food assistance programs like SNAP. The USDA budget cut is the third largest of federal agencies, behind the Department of Energy and the Department of State, and stands to impact specific populations of constituents in congressional districts represented by both sides of the aisle.

Republicans represent districts with the highest percentage of employment in agriculture

Proposed USDA cuts could result in the closing of Agricultural Research Service centers as well as limit access to safety nets that ensure production. According to the most recent U.S. Census, there are 11 congressional districts with 10% or more of the population employed by the agriculture industry. Of these 11 districts, 9 are represented by Republicans and 2 are represented by Democrats. Combined, these 9 Republicans average a Cook PVI rating of R+19. 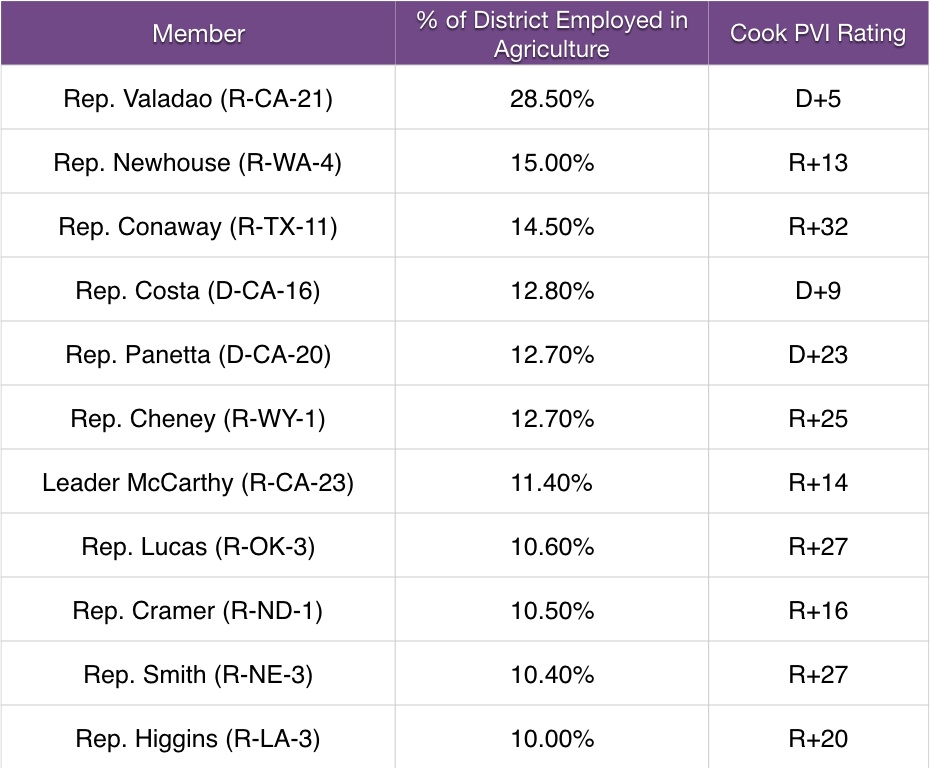 For nearly 80 years, the Department of Agriculture has provided funding for food assistance programs like SNAP, WIC, and TANF. Currently, there are 11 congressional districts with 27% or more of the population enrolled in a food assistance program. Of these 11 districts, 9 are represented by Democrats and 2 by Republicans. Combined, these 9 Democrats average a Cook PVI rating of D+28. 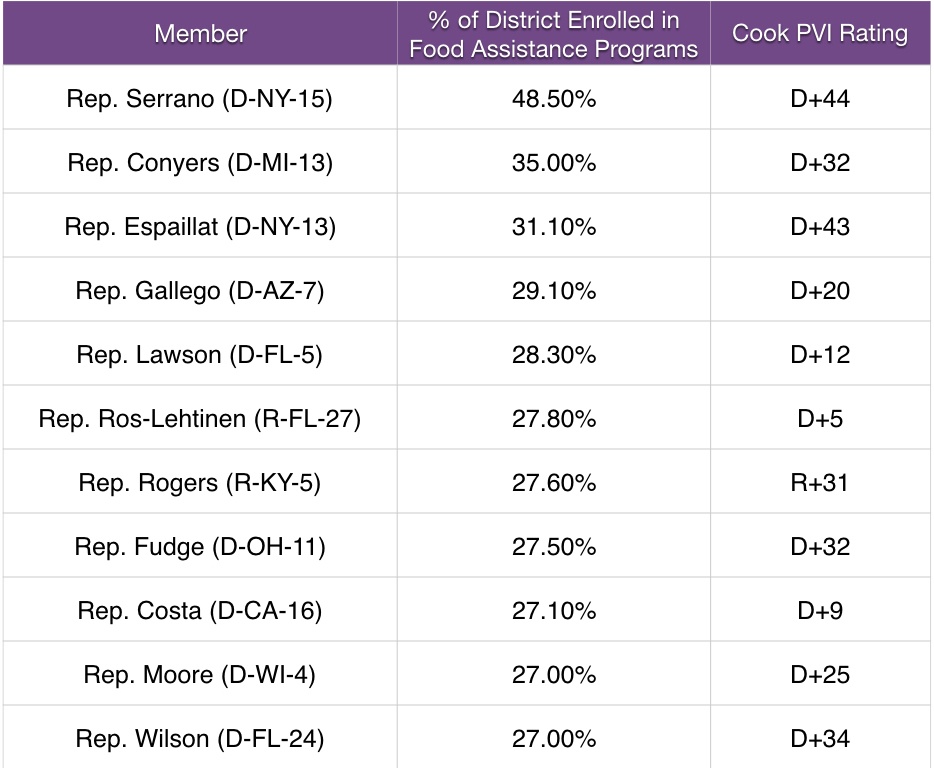 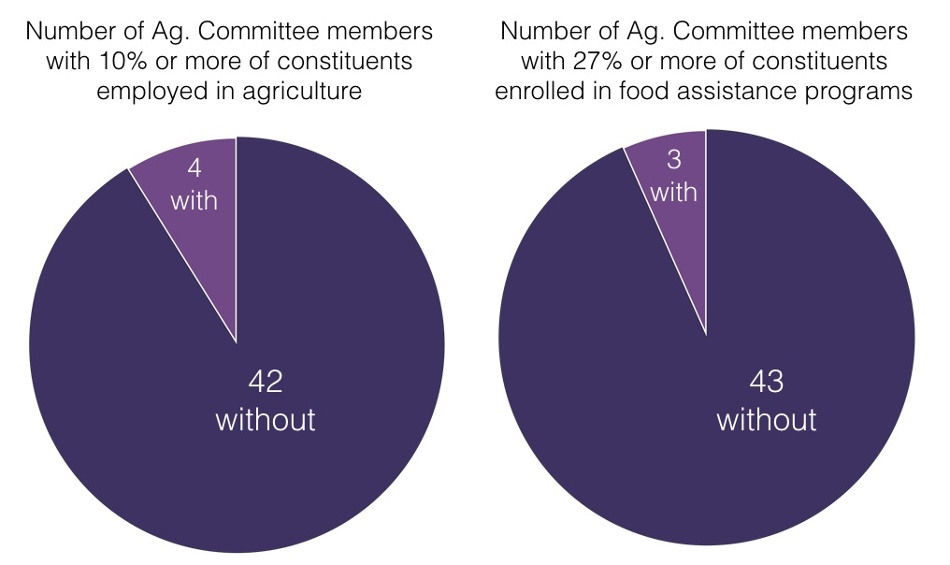 As it stands, President Trump’s proposed cuts to the USDA has already been met with bipartisan backlash. The ball now sits in the court of congressional committees as to how they will respond to the administration’s proposal, and perhaps more importantly, to the needs of their constituents.