It has been less than 48 hours since President Trump announced the United States’ withdrawal from the Paris Climate Agreement. Since then, Members of Congress have released over 800 statements reacting to the withdrawal. Typically, this surge in congressional dialogue would warrant an analysis of its own. However, with the recent launch of Quorum EU, we're able to take a comparative look at how members of the European Parliament, Council, and Commission are also reacting to the withdrawal -- as they now become the lead implementors of the Paris Climate Agreement. 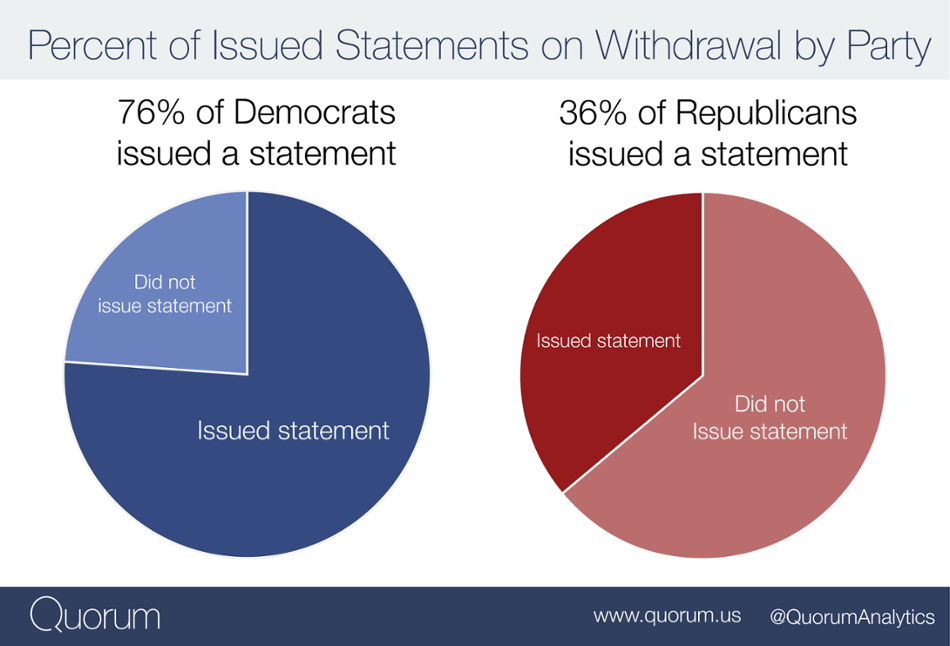 Since President Trump’s announcement, there have been 678 mentions of the United States' withdrawal by members of the European Parliament, Council, and Commission. The Greens-European Free Alliance and the Party of European Socialists lead the conversation with 201 and 187 mentions, respective 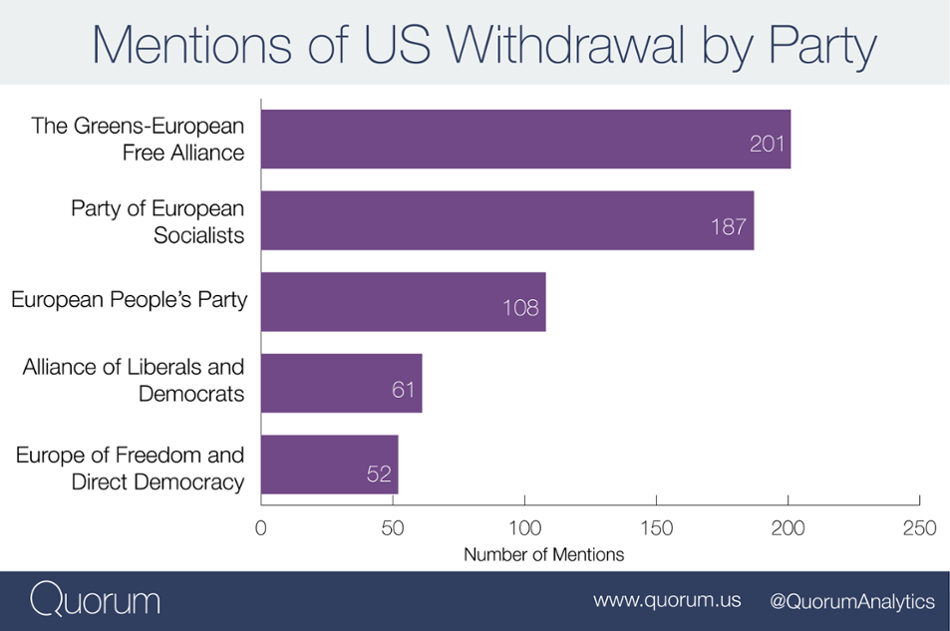 Republicans focus on China and cost, Democrats on leadership and planet, EU officials on world and together. 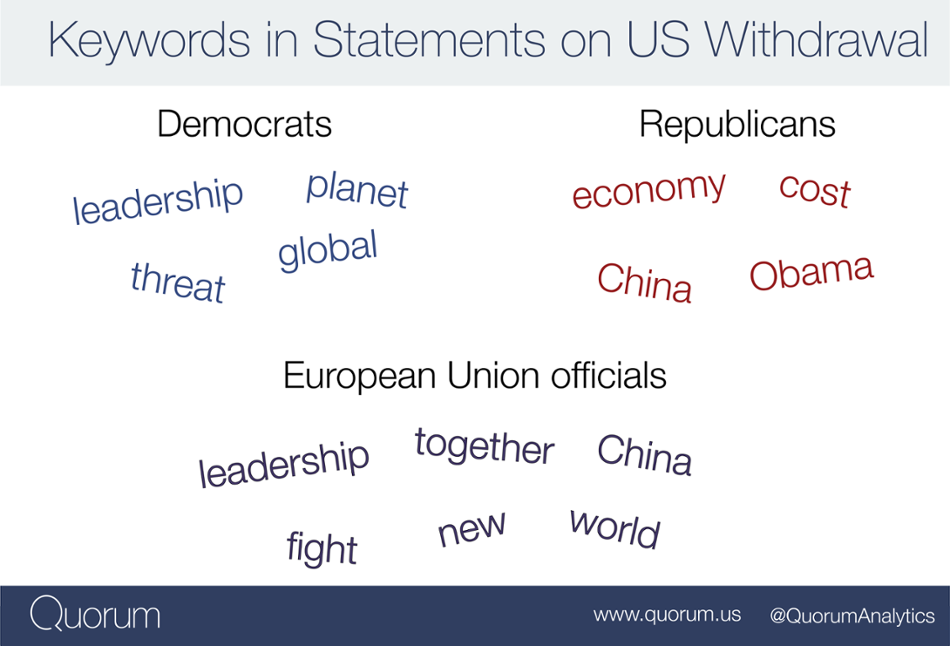 A message from across the pond

Some of the most notable reactions from European officials included newly-elected French President Emmanuel Macron, urging U.S. scientists, engineers, and entrepreneurs frustrated by the decision to move to Europe and continue their work. President of the European Council Donald Tusk called for stronger relations with China and President of the European Commission Jean-Claude Juncker said the U.S.’s decision was “against what we stand for.”

Six Reasons to Integrate Your Lobbying and Advocacy Strategies

Six Ways for Stakeholders to Impact the Regulatory Process

Members of Congress Most Concerned About a Trade War